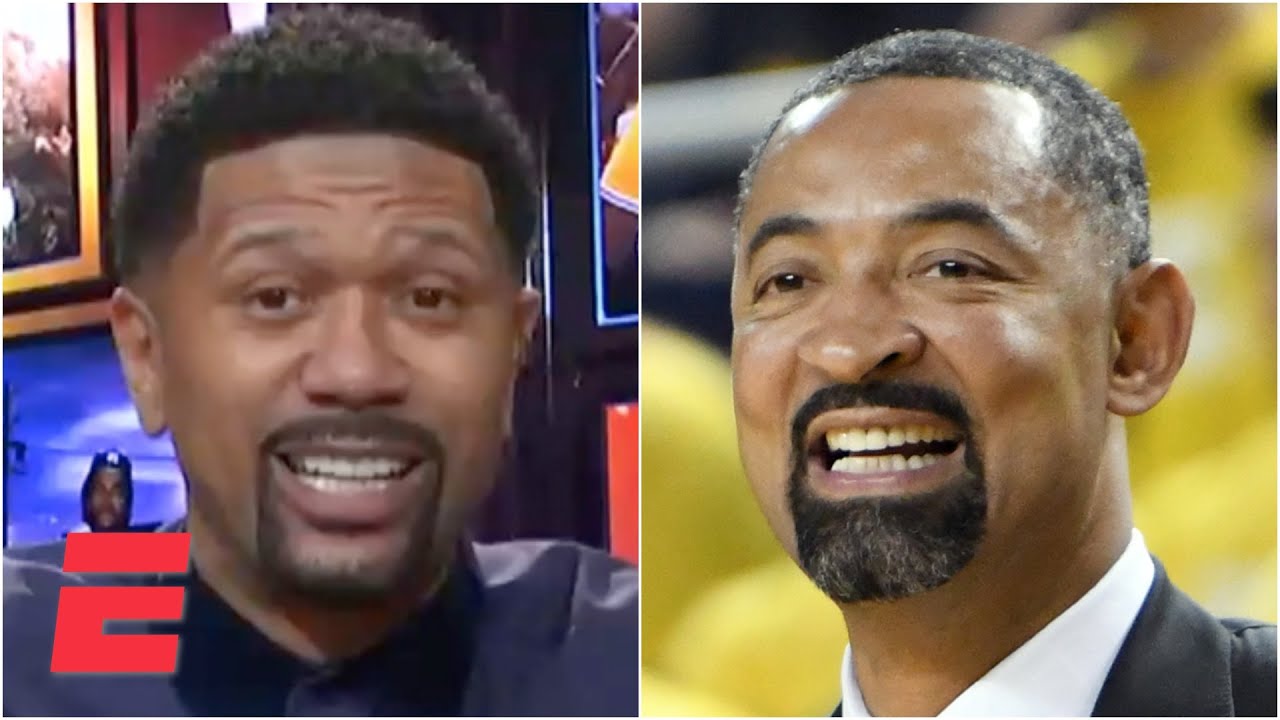 I don’t think this video has been shared on here yet and I’m sure it could fit in a better thread, but fits in nicely with the current conversation lol.

I’m all aboard the Juwan hype train. I think he has proven that any doubts about whether he can be a great coach were silly.

With that said, I think the roster building argument is a little premature. He did an awesome job of building the roster this year, but I think one year is a bit small of a sample size for this. There have been enough games to show that his game skills are great and he has shown great people skills for the last 25+ years. The future looks promising on the roster building skills too, but comparing those skills with Izzo in his second year of head coaching and his first year of really recruiting his own guys seems a little presumptive to me.

Jalen: “And I know for a fact, he [Juwan] would not leave without winning a national championship.”

“fact” is probably used loosely here, but that would be a pretty interesting threshold for Juwan to set for himself.

Make it three and it’s a deal.

I had to pause for a second after Jason Williams said the Fab Five put Michigan on the map. There’s no question that the Fab Five were a basketball/cultural phenomenon that carries on to this day but Michigan was already well established and had just won a title 2 1/2 years prior to their arrival. I’ll shake that off and listen to the rest of the interview.

Well, I did try to stop short of saying who was better…

Izzo has a long track record to judge against, and I tried to put my comments in that context; he’s found himself in this situation before, it seems to be a pattern.

But I think you can look at this season alone and, if not draw conclusions, at least make some observations. Both Michigan and MSU knew that they would need a new point guard this year - it’s not as if Simpson and Winston suddenly left unexpectedly, or that either had an anointed successor on the roster. Both programs had a freshman coming in who was not expected to jump into the starting lineup. Howard clearly saw a critical need - he signed not one but two transfer PGs. Was Izzo recruiting somebody that he missed on? I don’t know, but he certainly didn’t land anybody. Not great.

Maybe the big contrast between them is the expectations. Coaches are inevitably judged on how their achievements look next to the early season conventional wisdom. Sparty was 12th and 13th in the preseason polls, rising to 4th by Week 3. Michigan was 25th in the preseason writer’s poll, unranked in the coaches poll. This year Izzo is getting hammered for underachieving - next year Juwan will have to deal with the high expectations.

They all love that narrative, as if there’s no Michigan basketball history before or after the Fab Five. Stoopit.

I don’t remember the kid’s name but my Sparty friend laments the transfer PG that they couldn’t land. I think another thing worth noting is that Izzo could easily compete with (and beat out) Beilein for the best players that would come to the B1G. I think he’s going to be struggling with that into the future.

I don’t remember a lot of direct competition BTW Beilein and Izzo over the years but Beilein won BJJ over Izzo.

“put on the map” is a bad choice of words, but Fab five was far more than “on the map”, just look at how many Jalens are playing college basketballs. Jalen green, Jalen Suggs, Jalen Johnson, 2021 NBA draft could be the year of Jalen.

Izzo could easily compete with (and beat out) Beilein for the best players that would come to the B1G.

Like Christie, Akins, Brooks? Izzo’s recruiting will be fine

Just let me spout my nonsense!

He will graduate in three years and then grad-transfer back to MSU.