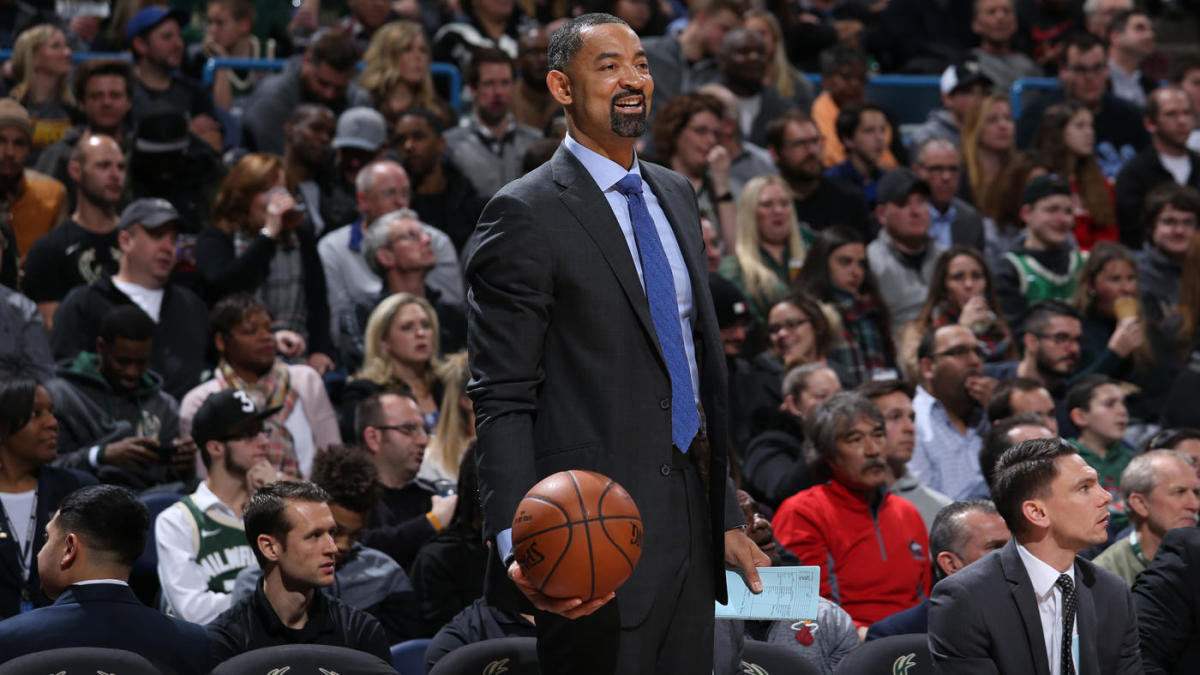 Juwan Howard joined Jim Harbaugh’s podcast today for some of his first public comments as Michigan’s head coach. The new man in charge discussed recruiting, his new coaching staff and much more on the podcast. Here are the most important things Juwan...

To anyone else that listened, and not that this is very important, when talking about retaining Saddi Washington, I could have sworn Juwan kept calling him “Scottie.”

If he will be in Charlottesville on Thursday for the evaluation period, that seems to suggest that both he has passed the test, right?

First time he called him Saddi, second and third time it sounded like Scottie, fourth time he started with Scottie and corrected to Saddi. Didn’t really seem like a big deal, though.

If he will be in Charlottesville on Thursday for the evaluation period, that seems to suggest that both he has passed the test, right?

I’m no expert on the NCAA rules (but I can use Google) and it would appear so:

11.5.1 Annual Certification Requirement. Only those coaches who have been certified may contact or evaluate any prospective student-athletes off campus. Certification must occur on an annual basis. (Adopted: 1/10/91 effective 8/1/92)

Although Isaiah Livers was calling him “Saudi” at Juwan’s press conference, so maybe it is just a hard name to pronounce while you are talking?

Ehh I will cut him some slack. He probably didn’t know Saddi much at all before last month and he’s got a lot of other stuff going on.

Why no mention of Wilson or Wagner? Against the rules in some way?

he DID pass the test!

Thanks Dylan. Sounds like things will be moving along quite well sooner rather than later.

Did you have any doubt?

How and where can I hear the podcast?

What are some good podcast that discuss Michigan basketball and recruiting? Dylan do you have one? I’m new to podcasting and have to figure it out . Sorry for my ignorance.

If you’re on Android, all you need to do is open the Google app and search the name of the podcast you want to listen to. You can also download the Google Podcast app. The name of the podcast that Juwan was on with Jim is called the Attack Each Day: The Harbaughs’ Podcast.
Dylan does a podcast with Brendan Quinn from The Athletic called The Moving Screen Podcast. I’d also like recommend The MGoPodcast.