Taking Pistons on as my new second team

As my new second team. Stewart is a nice fit.

Hayes, Stewart, and Bey. I dig it. Culture change. I see the vision.

Trying to get rid of Blake and dealing Drose is next. Weaver tearing it down to the studs.

Yea, I think it needs a full reset. A healthy Blake maybe gets you to the 8 but what’s the use?

Not sure what’s out there but getting some nice young pieces to fit the culture and a pick or two would be worth it imo.

This draft is short on high end talent but I like the depth. Lots of rotational pieces.

Let’s move those two. Make it a full teardown.

Going to be very hard to move Griffin even picking up alot of his contract. And DRose won’t fetch much and he’s at a decent $$.

More important to move them on than to get full value, IMO. Get what you can and move on.

Love what Weaver has done tonight. And he’s not done yet. Just made a trade to get the 38th pick so one more player to be had.

Griffin has a lot of negative value. You’d have to give up other assets to move him. The only move is to hope he stays healthy and gains some value when there’s less time left on his contract.

Well, you hope he’s healthy enough to move at the deadline, for both parties. I agree you don’t give up assets.

Stewart at 16 made little sense. Love how active Weaver has been though and love Killian and Bey.

Not sure I understand that pick. Looks like a nice physical center, plays two ways, and maybe with a jumper. Enough people dislike that pick to make you wonder, cause the basic bio there is impressive and that’s a solid spot at which to take a player like that. I didn’t really follow much this year, so I know less about the prospects to understand why people weren’t impressd.

I don’t think this is quite so clear cut. If we’ve learned anything from the recent NBA, any contract is movable. I’m sure a contender that isn’t quite good enough could easily talk themselves into taking Blake.

I really liked Stewart pre-draft, he was probably my favorite sleeper type pick on the board. But 16 seems ridiculous especially looking back at who was available and seeing Xavier Tillman went 20 picks later

Pick and roll/pop game with Cassius Winston and Mo Wagner? Wizards might win the East
3 Likes
quickdarshan November 19, 2020, 5:04am #16

Like what I’m seeing from Troy Weaver. Who knows how this draft will turn out but really shook up the roster. Hayes looks pretty good at PG. Stewart looks like a high floor pick. Bey can shoot although he doesn’t seem particularly athletic. And Saban Lee has an impressive highlight reel.

Lots of other young players on the roster too (Svi, Khyri, Musa, Sekou, and the Center they got in one of the trades.)

I know I’m biased but I’m very confident he’s going to pan out. He can shoot better than most people realize. Check his ft. Already showed he can face up out to 15. Apparently he’s lights out from deep in practice and showed that at workouts which eased lots of gms minds.

Combined with his work ethic and attitude and you have at worst imo a nice rotational big, that’s solid at 16 in a weak draft.

I read he was viewed as one of the safest picks in the draft and not to believe the mocks that had him falling.

I’ve watched him a lot of the years. He plays so hard. He is absolutely relentless. Then go through his high school career and college and pull his tape versus top prospects. He almost always gets the better of them. I can’t think of a matchup he lost ever, literally, versus other hyped big men.

Okungwu this year was the closest and that was “even” at worst. Outplayed wiseman two years ago.

Great article here about him 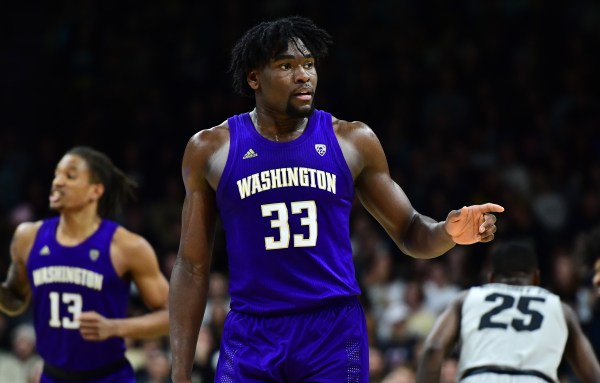 I forgot the Pistons had Seykou ( think that’s how you spell it). Move Griffin at all costs. Move forward with Bey, Seykou, Wood front court with Stewart off the bench. Unless woods gone.

The only way to trade Griffin without relinquishing assets would e to take Russell Westbrook. In order for a contender to take him they would either need a Elton of cap room (unlikely) or send $40 mil in salary back (also unlikely).

I don’t think there’s a rush to move Blake on. He has two years left on his contract. Pistons might benefit from that cap space opening up in two years. They’re not contending anytime soon, so no pressure to take on any bad contracts in return (unless they’re expiring as well).

I think someone will want the cap space either next summer or the one after. Not gonna get a ton for it, but that’s ok.