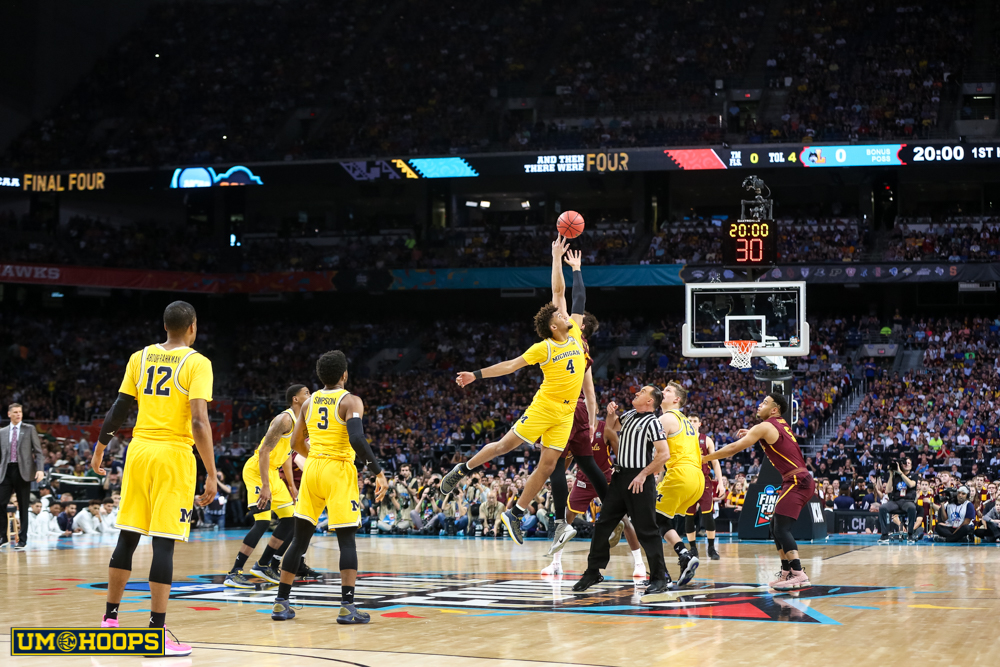 It has been a busy couple of weeks here at UM Hoops and I wanted to share a few updates and ask for a bit of help. We’ve had one of our best months for subscriber growth and want to thank you for your support, even in the offseason! If you’ve been on...

Just finished the survey, but then it looped me back to the front without the satisfaction of a “you’ve completed the survey” message, and kept some of my responses but not others. Can I just confirm you received it?

@Voltron_Blue I got your input.

What are you guys seeing at the end? I just tried it and it ends up with a Survey Monkey screen.

FWIW, it looks like both of your surveys are in the database.

Feedback provided, thanks for the site update!

What are you guys seeing at the end?

For me, it just looped to the front of the survey again.

Forgot to include in my survey response, but any thoughts of putting together an UMHoops app?

any thoughts of putting together an UMHoops app?

Good call. I’d be a big fan of that too, including willing to pay.

@LeVertAlert @Voltron_Blue What features would you guys look for in an app that wouldn’t be on the website? Anything in particular or just not having to use the website?

Yes, same functionality (reading articles, reading/writing in the forum, plus customizable notifications - i.e. alerts for new articles, when your posts have been responded to, when you’re mentioned, etc). I personally just prefer an app-based solution on mobile vs. a mobile-friendly website that works both ways. Mgoblog is a good example of this…if you polled their users, I bet the majority of them would say they miss the app even though the new site is mobile-friendly. This is working the other way, where it would be a plus to add.

Gotcha. I think the forum is generally pretty good on mobile and the main site is OK. I’d have to look into building out an app and what all would be involved.

I actually don’t think I would personally use an app. I feel “old curmudegon-ey” enough about technology and have too many things on my phone as is. I’m not opposed because I wouldn’t have to download it, but just tossing out one voice that personally doesn’t think they’d get too much value out of it.

Totally get that your bandwidth is finite and there needs to be an ROI. Just letting you know that there’s at least one willing payer out here, and I bet you’d see higher engagement with articles with push notifications. Thanks for asking!

I’m not normally an app user, but if you do create one, I’d recommend looking at the athletic’s app, it is very slick

I just did the whole “put website onto home page icon” thing on my iPhone for both the forum and blog and it’s an app for all intents and purposes. I would probably use an app if it was good, but I don’t view it as an issue and I think the current mobile sites are fantastic.

I think the current mobile site is good. I think the only real added value for an app to me would be push notifications. But, I don’t think that’s necessarily as important for UMHoops. Generally, there isn’t so much content that I am going to miss something.

Hey Dylan,
I tried to subscribe today, but I can’t log in. I’m getting a message that’s there is no record of any user with my email address, but I do get email notifications from the forum. I can’t log in with my user name either.