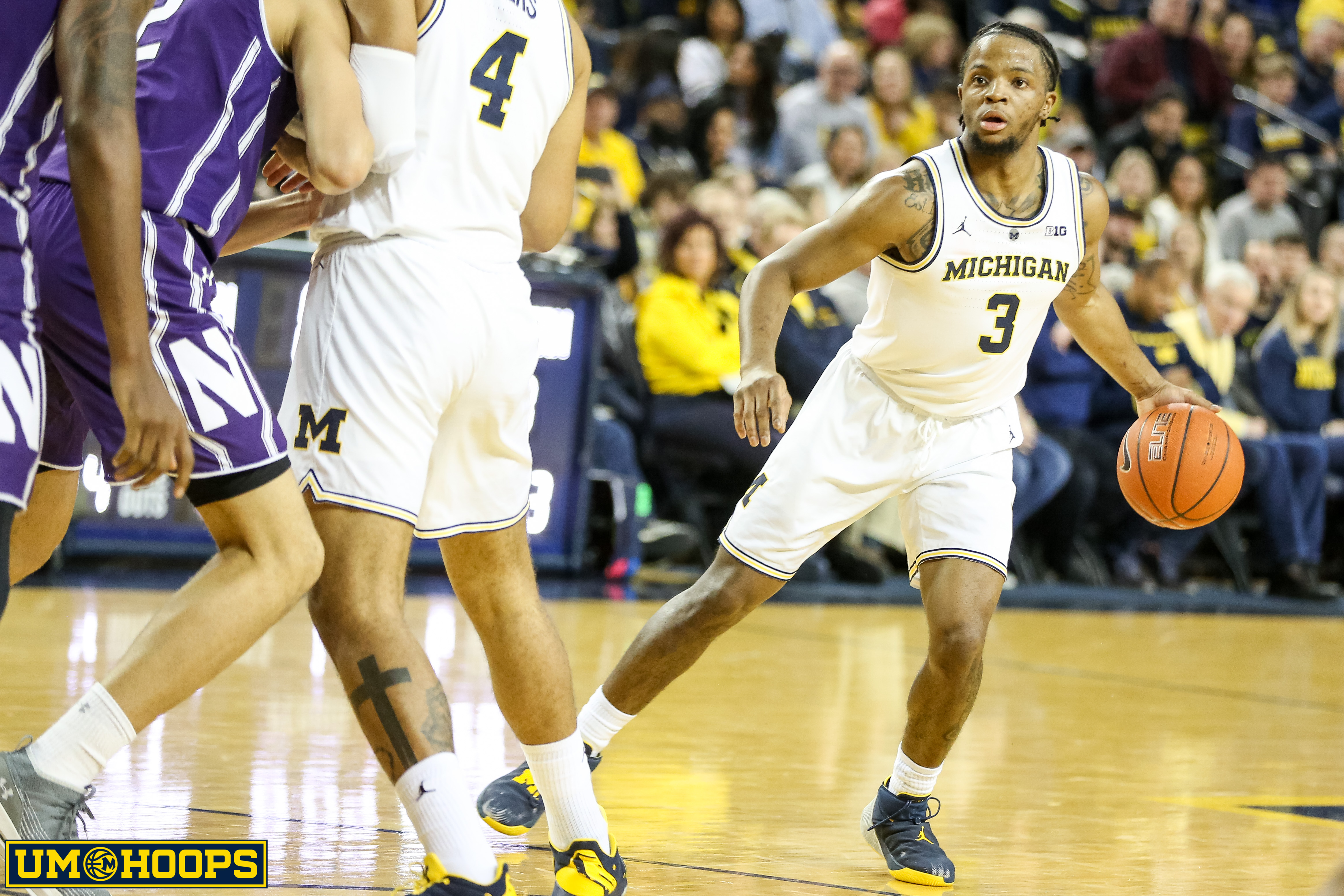 Eight minutes into the first half of Michigan’s 80-60 win over Northwestern, junior guard Zavier Simpson made his first three-pointer of the game. Except he didn’t. The shot went in, yes, but it got called back because of a foul committed by the...

The rest of the teams on UM’s schedule are now mad that Northwestern left X wide open to shoot threes.

Now, they have one more thing to defend against.

Jon Teske has become an option, as well. He is playing with a lot of confidence right now.

How many good defenders do most teams have? One, two, seldom three. Who are you going to defend? Put your best guard on Poole and your best wing on Iggy? Okay, now what are you going to do about Matthews, Simpson and Teske? Not unbeatable, but it certainly makes it difficult.

Seems Coach Beilein was pretty sure what NW was going to do and challenged Simpson and Teske beforehand.
Passed with flying colors

I’m not 100% sure, but I seem to remember X hitting the side is the backboard with a corner three early in the game yesterday and I thought “dang his jumper can be really off” but he really showed some stones to keep shooting after that and hit 5 threes (6 including the one they didn’t count)

i expect that we will see some zones

I think it was against Illinois when the commentator said “Teske has no memory” regarding missing shots. I thought that was an unexpected comment but also an awesome glimpse into the high degree of confidence Teske seem to exhibit despite missing quite a few shots. Keep shooting 3’s Teske! We believe in your shot!

X’s and Big Jon’s game yesterday speak for themselves. Really happy for them.

Great comparison, especially since zeke was around a 30% three point shooter. My how times have changed.