Spoke to someone who was at Michigan's closed scrimmage at Toledo today. Teams played two 25 periods. Score was reset between the two.

I don't have final scores for each period, but was told it was very competitive and "both went down the wire."

Wagner & Abdur-Rahkman were the standouts. Wagner's improved strength/size was on display. Abdur-Rahkman converted from outside & at the rim

Wagner & Abdur-Rahkman were the standouts. Wagner's improved strength/size was on display. Abdur-Rahkman converted from outside & at the rim

Simpson and Simmons played the majority of the minutes at PG, but Eli Brooks played and looked very good.

Charles Matthews hit a few perimeter jumpers. He's proving pretty hard to guard when going to the basket bc of his strength and athleticism.

Simmons was with the ones in the open practice as well… I think it is probably a mix of the fact that Simmons is struggling to get the whole offense humming along with Zavier’s improvement. It is obviously improvement considering late in the season last year they talked about putting in a simplified package for him when he checked into games.

I don't have final scores for each period, but was told it was very competitive and "both went down the wire."

… is basically what we hear out of these scrimmages every year and I’d generally take this stuff with a grain of salt.

Not that it is meaningless, but that’s just sort of what you get. Beilein isn’t looking to see who wins the scrimmage, he wants to see different looks from different guys and see how they respond.

Isaiah Livers hit a few 3s today, too, which is a surely a good sign for U-M adding frontcourt depth. In the backup center battle, Teske was slightly better than Davis.

If Livers and Matthews can hit threes consistently, offense will be in a nice place.

I don’t disagree. And I don’t think that you can read into it one way or another from a scrimmage and make any sort of radical judgment.

I’m very guarded as to how this offense functions during the first month of the season. Too many moving variables.

It’ll be interesting to see how they progress as the year plays out. This is how JB earned his rep.

If MAAR, Mo and Matthews all played well, I would expect that Michigan would win easily against Toledo. So reports don’t completely add up.

As far as PG goes, my guess is that Beilein wants to win those NC games in Nov and Dec. I think he prefers starting with the known commodity, Z, and letting Simmons take his time learning the offense. Also, this will allow Eli time to catch up as well so Eli could conceivably be the guy in Jan/Feb.

I just thought it was funny, I agree with Dylan about how the report on the game being super competitive being a copy/paste every year.

Part of that is because they are playing a game where the score isn’t really the most important thing. Michigan wants to play everyone, who knows what Toledo was doing.

Maybe Beilein wants to try this look or that look, stuff that he wouldn’t necessarily want to try in a real game, etc.

i am more interested in the performance of the lineups than individual players’ shooting performance, which is more random

If Livers can contribute a significant amount of minutes, I feel alot better about this team. Well, I don’t know about “better”, but more confident in where I think they could be. Think it narrows the variety of potential outcomes for this season.

Well, in these games he is always tinkering with a variety of lineups and players. Those guys could have all played very well, and sat for long periods of time.

Our history under JB, especially when breaking in new lineups and players, is that we start slow and hit our stride around mid to late January. If we can grab a couple wins in Maui and go 2-3 in the tough stretch (UCLA, UNC, OSU, IU, Texas), we’ll be fine.

Scout said that Toledo was playing a short rotation. Seems like they tried to play it like a real game situation.

These aren’t exhibitions away from the public eye. They’re glorified practices against teams wherein the opposing coaches will request that the other team plays certain defenses and offenses to help them practice them. Additionally, we’ve had several preseason top 10 teams win their actual exhibition game against D2 teams by single digits. The fact that the score was close against Toledo shouldn’t be brought up as part of any point being made.

After reading up on LSU I’m really not worried about them. They have a 7 news guys coming in and their entire roster will have to learn a new coaches system. They’ll probably be starting a true frosh at PG too. Their progress will likely be very slow.

So I think we’ve got 5 games to figure some stuff out before shit gets real.

EDIT: Here is the LSU preview I read for anyone else who might want to read it for themselves. 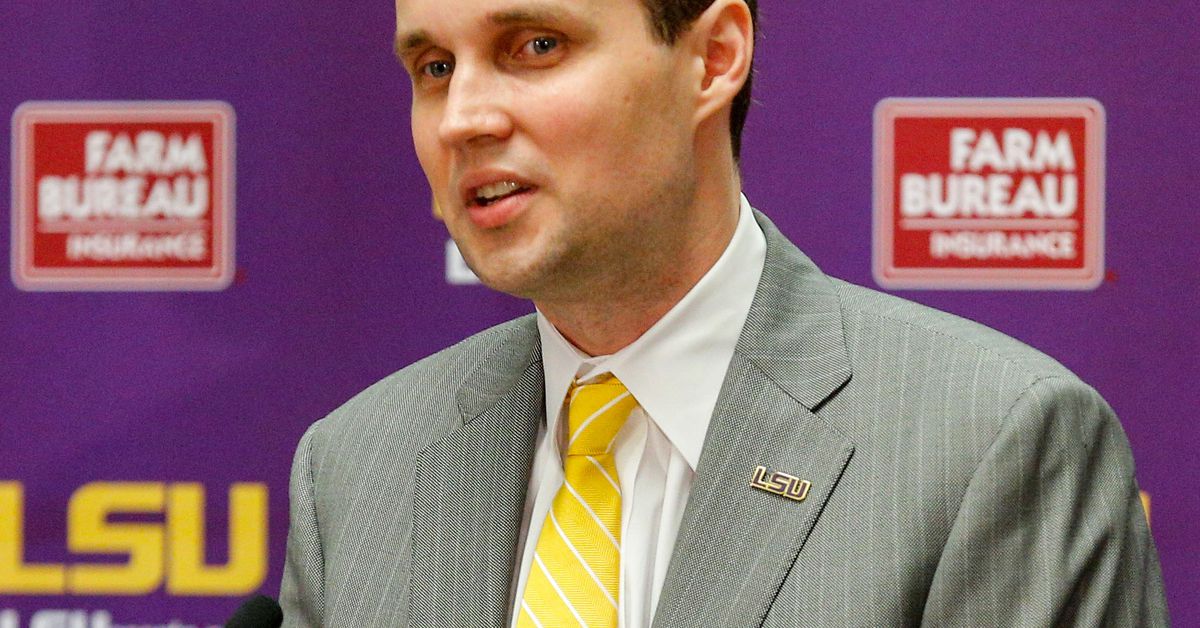 Will Wade might experience a losing season for the first time in his coaching...

Will Wade has won some recruiting battles already. Wins on the court might not come this year, though.

I think LSU is gonna stink.

Didn’t we reportedly lose one half and win the other against whoever we scrimmaged last year? I’m more interested in the exhibition on Friday than this.

Didn’t we reportedly lose one half and win the other against whoever we scrimmaged last year? I’m more interested in the exhibition on Friday than this.

Seems like every year the report is something like ‘two halves, score reset between, really competitive’ then some other report comes out that Michigan might have lost a half, etc. At least the exhibitions we can all watch for ourselves.