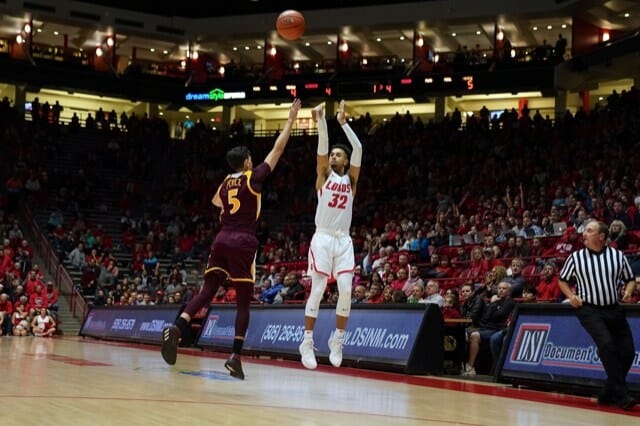 According to a report from Jon Rothstein, Michigan is one of 12 schools to show initial interest in New Mexico grad transfer Anthony Mathis. Mathis averaged 14.2 points, 2.2 rebounds and 2.1 assists per game for the Lobos last season. He shot...

Added a quick video and some scouting thoughts.

So this is going to be Oregon barring some kind of unforeseen circumstances, right?

That is the expectation. He’s set to visit this week, if he takes other visits and doesn’t commit on the spot then maybe there is a chance.

Obviously, we would want this kid and he would fill a pressing need, but it sure seems like it will be Oregon. The one thing I would say to him, well, two things are, 1. Do you aspire to the NBA? If you do, Juwan Howard played in “the league” for 19 years and coached there for six. Howard Eisley played for a dozen years and coached in the NBA for nine seasons. Michigan’s staff has a LOT of NBA connections. If you come to Michigan for a year, our NBA connections will become you’re NBA connections! 2. We have an urgent need for help at the SG position. There is immediate playing time here.

And Michigan is a great place to be, with a terrific basketball program, outstanding facilities, and the best Strength and Conditioning guru in the country. Ann Arbor is a wonderful college town. One year at Michigan, Anthony, and you could set yourself up for life. You want the NBA? We’ve been there. Our coaches have spent a combined 46 years in the NBA as players and coaches. What do you say? Can we count on you to come in and play SG for us next year?

No doubt we have a lot to sell any wing target at this point, including a lot of minutes. Unfortunately the best fit was likely Cumberland, but his cousin coming back made that too tough to pass up. Mathis would be a great add, but he seems like a lock to Oregon at this point.

I’m beginning to fear that it is Wilson, Wagner or bust with bust being the most likely outcome.

As for the discussion that was on one of the threads yesterday, and has really been ongoing, about the SG position for this year, I’m in the Brooks/Bajema camp. I think Eli will make strides this year. Remember Eli, the hometown hero from Spring Grove. The kid who played high school basketball so well that younger kids would stand in line and wait for him after games for his autograph. The kid who was beloved by other kids and adults alike in his hometown. The kid who averaged over 30 points a game in high school. The kid who was identified by the great talent evaluator, John Beilein and who was recruited by both Michigan and Villanova. Remember that kid? Well, here he is, take a look and remember this guy!
https://www.bing.com/videos/search?q=eli+brooks+michigan&view=detail&mid=353920BBEB6DFBDA4709353920BBEB6DFBDA4709&FORM=VIRE

And, then there’s Bajema who I think is going to be great, and perhaps sooner than expected. I just have a feelin’ these two kids are going to do some big things for us this year!

The only thing I might ad is --“Its great to be a Michigan Wolverine”.

I’m not getting too excited by these random reports at this point. For one, it is too hard to predict what’s going on with the program given the sudden coaching change. Plus we’ve struck out too many times before. We had John Beilein and two starting spots to offer and got turned down.

It is easy to look at our situation and say:

But often times there are far more subtle and personal reasons for transfers.

As my wife says, we really don’t know what is in the kid’s head and in his heart. What we might think he should do, and admittedly we’re biased, and what exists in the kid’s heart are oftentimes two completely different things. 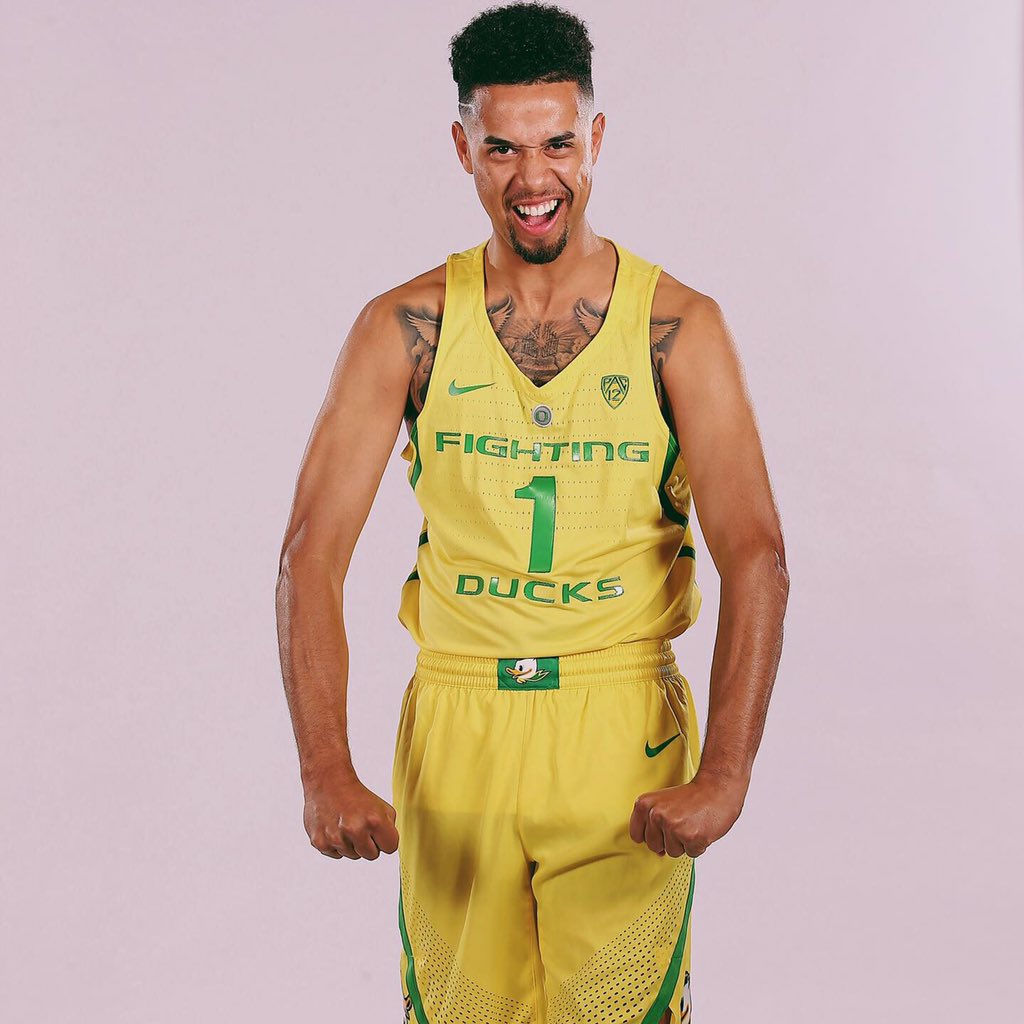 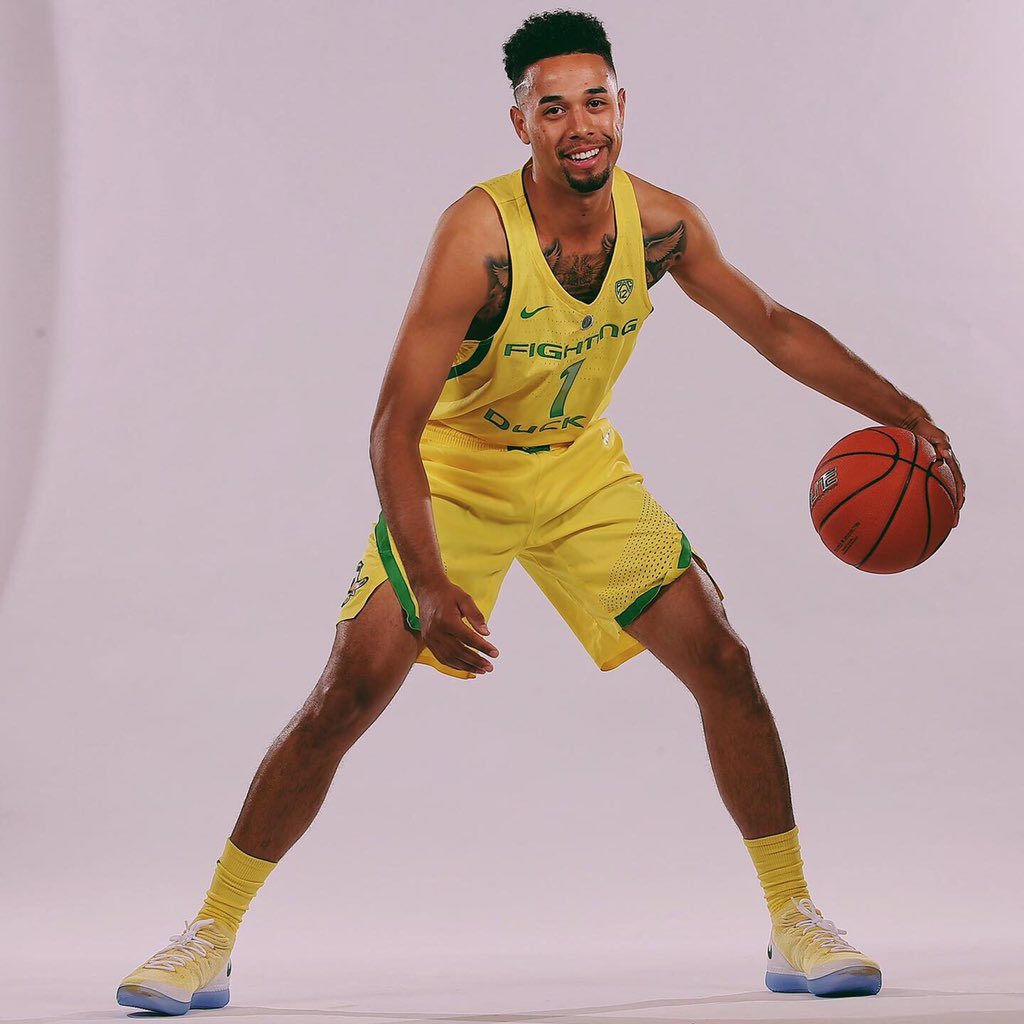 Look at the tricky angles they use to hide his long neck. Look at how tall his hair is. He’s not really 6-3, more like 5-9. Dodged a bullet.

Since when is Oregon the “Fighting Ducks”?

Yeah, those “Fighting Ducks” are ferocious! Have you ever fought with a duck? I’d put my money on a wolverine anytime!

I think it goes back to the old meme question. “Would you rather fight a horse sized duck or 100 duck sized horses?”