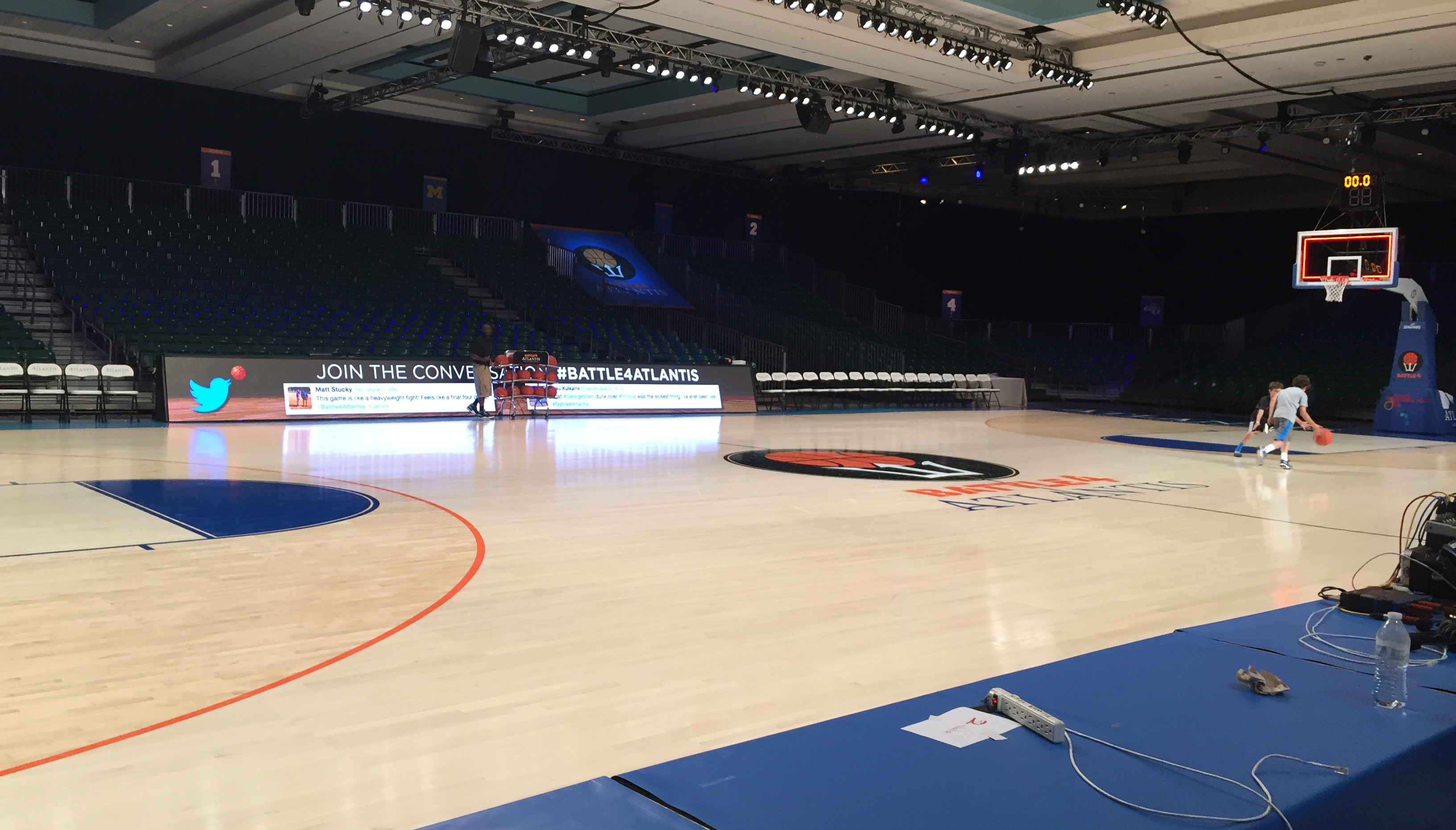 Michigan is headed to the Bahamas next season. The Wolverines will play in the 2019 Battle 4 Atlantis as part of a loaded field that also includes North Carolina, Gonzaga and Iowa State, per a report by Jon Rothstein. Sources: North Carolina,...

Michigan with a nice group in the Battle 4 Atlantis tournament

Honest question: How does this even still exist? Isnt the venue a large ballroom with the courts having very awkward depth perception on the baskets and weird HVAC?

Honest question: How does this even still exist? Isnt the venue a large ballroom with the courts having very awkward depth perception on the baskets and weird HVAC?

Pretty sure they write a bigger check to participating schools than any other preseason tournament, or least they did, so that helps.

It also is fairly well run in terms of logistics, etc. Everything is all in one building, teams can stay where they play. The travel isn’t nearly as intense as Hawaii. It just kind of makes sense.

Maui is by far the best preseason tourney that I’ve ever covered though if you had to go to just one.

There are plenty of options for overpriced below average food though

and a surprisingly good Thanksgiving buffet.

There is a casino though

Would really like to get out there. Been to Atlantis in the Bahamas once when I was younger but don’t remember much. Trying to get to the HoF Tip-Off this season and it’d be sweet to make it two in a row.