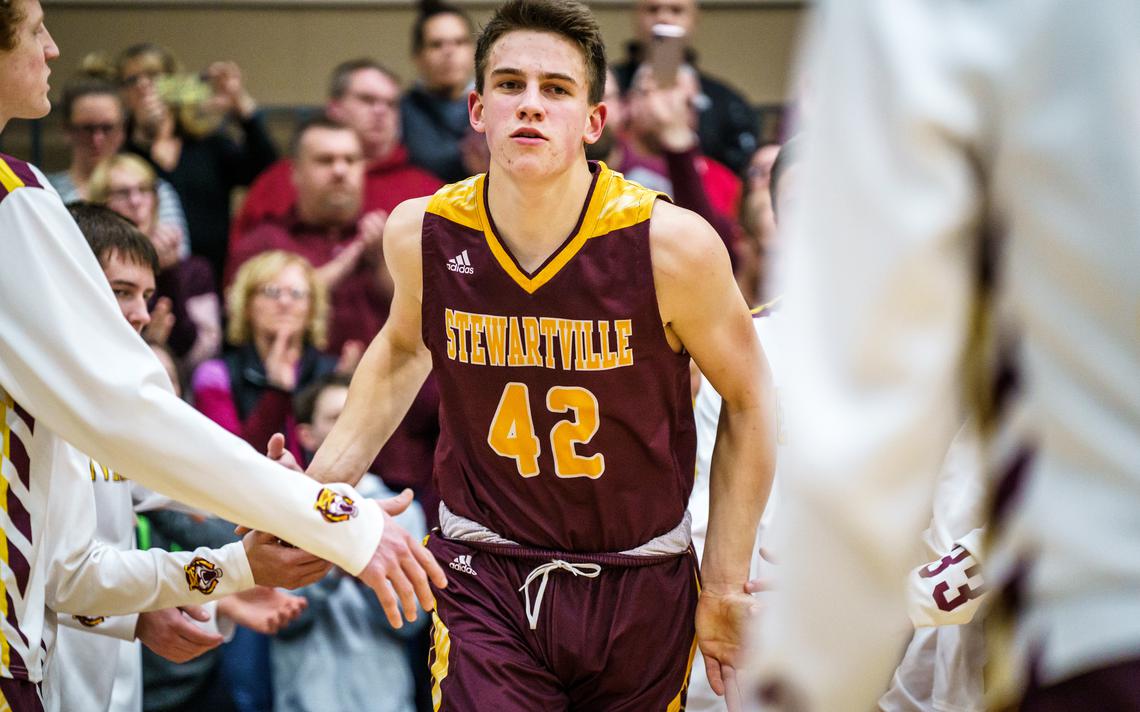 Juwan Howard continues to expand Michigan’s recruiting board in the 2021 and 2022 classes. The Wolverine head coach extended three new scholarship offers over the last week, to a class of 2021 big man who is quickly emerging on the national radar and...

Maybe he’s grown since that video, but otherwise Fletcher Loyer is 6’5" in the same way his brother is 6’.

Film is from last summer (there’s no EYBL this year

He refers to himself as 6’5" in the pull quote.

It looks like Tschetter got a lot more aggressive at the rim once his high school season started. He looks a lot more like a finesse player in this video.

Very different environments. One is at an NCAA Academy and the other is small school HS. Academy film is always really tough (guys not really playing in any sort of established team structure) so players will usually look a lot different.

Overall, the level of competition at the NCAA Academy is much higher than what he plays against in HS (but still below the top grassroots leagues like EYBL).

Tschetter pretty quick for a 6-9 kid. Nice footwork. Solid frame. Appears to be well beyond the awkward gumpy phase. If he grows an inch or three, my goodness…

Thanks for the update Dylan.

Always good to see in-state offers. If you come off the floor and the end of your set shot does that make it a jump shot?

Jett and him would be a hell of a one two punch in that class. Both have nice size, strength, and athleticism. Love how both play and attack.

That’s my impression as well Toblav.

Tschetter and Loyer both look like they have a lower, chest level push-type/set shot release. Tschetter has a bit of a Franz-esque aspect to his game; looks like a guy who could develop a lot. Funny enough Loyer sort of left me with a Matt McQuaid impression. Idk what’s wrong with me making Sparty player comparisons. Wonder if he’s got a knack for D like McQuaid developed.

I like Ty’s game, element that sticks out to me with that kid is that “want to” to put a guard on their hip and set up on the block to post a smaller/same size opponent. Looks like he’s developed that part of the game and has the vision to pass out of it.

Boy is it nice to be on top of a few of these kids before Tiny Tom in East Lansing. The end of his reign is nearing. Winter is coming and it’s blowing from Ann Arbor to East Lansing. It’s probably too late to make GoT references, GoT was sooo pre-Covid.

Looks like he does a lot of cherry picking, gets down the court well, should be a handful on a fast break IMO

One thing about Tschetters shooting is I am surprised hes as good of a shooter as he is. The shot mechanics are all over the place, specifically his release point. Sometimes its super low and other times its ideal(speicifally on turnaround jumpers).