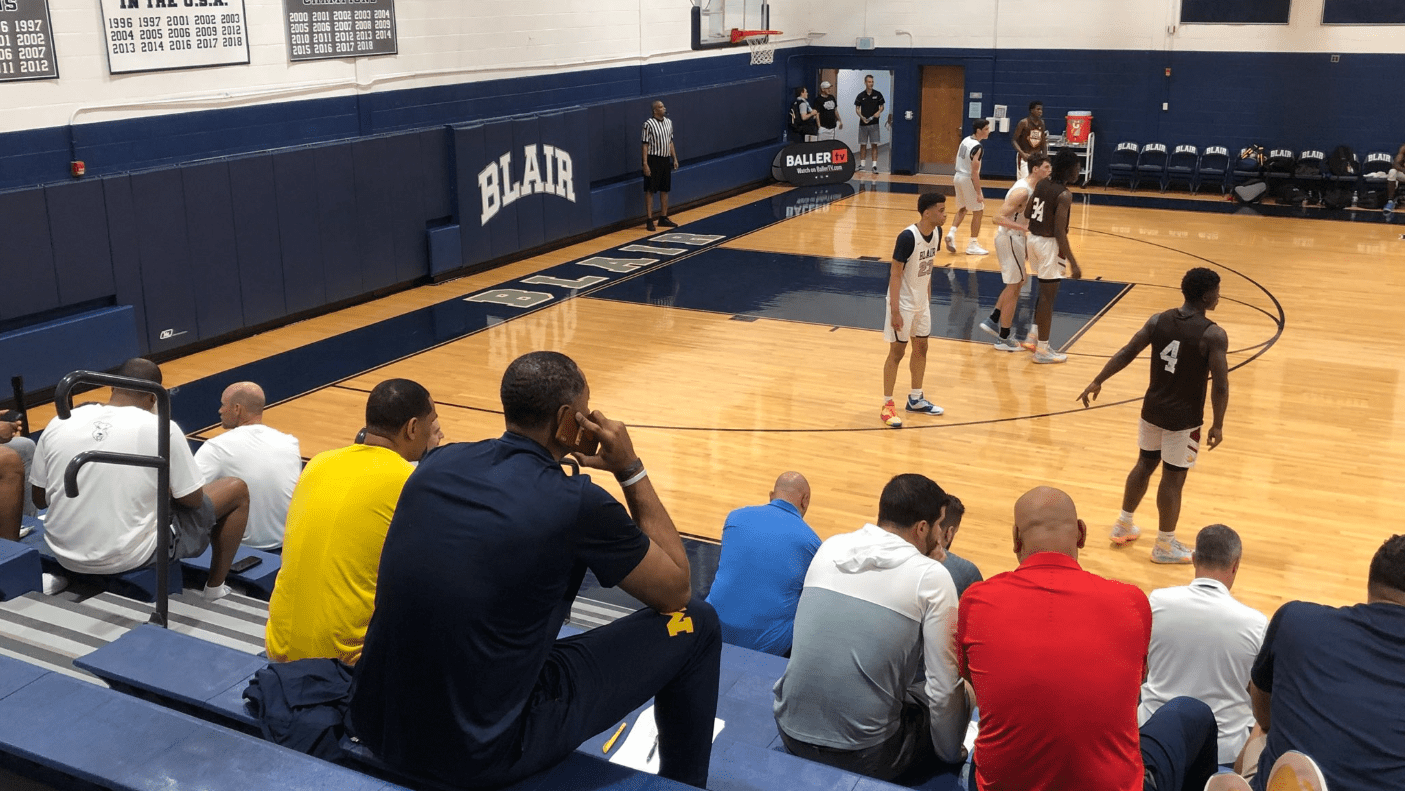 Changes to the NCAA rulebook brought a new look to summer basketball in June. College coaches were on the road over the weekend, but they were watching prospects with their high school teams. Rather than open the doors to grassroots events, the NCAA...

Thanks for the update Dylan.

Juwan Howard at the Baseball CWS game. I’ll let you know if I see him on his cell phone.

I saw him on his cell phone, smiling. Must be a message from Franz.

Is it against NCAA regulations if we all pitch in to fund an Ann Arbor doner kebab restaurant?

On the other hand, it is about 3 in the morning in Berlin right now.

Added a couple notes on Matt Nicholson and Pierre Brooks from @BP3 to the bottom of the post.

The sideline reporter from ESPN interviewed Juwan in Omaha and referenced Bakich’s comments about the baseball roster looking like the United States of America. She asked whether Juwan would follow a similar philosophy. Juwan said they planned to recruit the best players that fit Michigan, whether that is in Canada or throughout the United States… no mention of other international locales or Germany

Afraid that mentioning Germany could lead to an NCAA violation? At a minimum followup questions he doesn’t want to answer.

Probably not, but I can see Juwan being extra careful after just taking the recruiting test.