He’s a former 5 star recruit.
He’s shooting 42% on 3s.
He’s transferring midseason.
He won’t have to sit out all of next year.

We have a good track record with one Kentucky transfer.
We have an available scholarship
We have John Beilein. 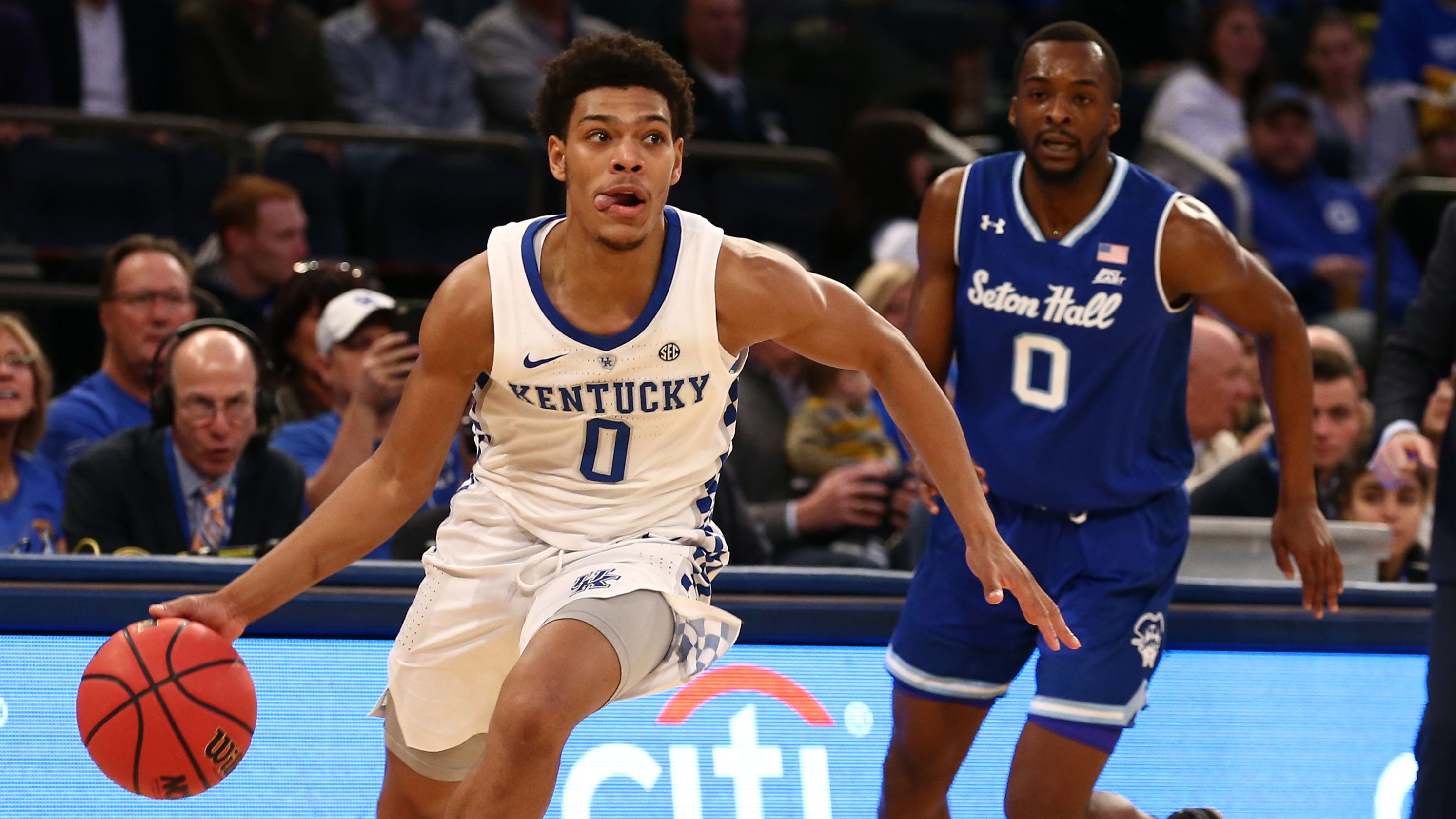 Kentucky basketball guard Quade Green has left the program and plans to transfer to another school.

I will forever be on the side of “Get all Kentucky Transfers” just for the fun of it after Charles Matthews. However, I can’t see this mostly because 1) Quade Green isn’t going to transfer to sit behind Zavier Simpson and 2) Zeb Jackson might get turned off by a move like this and I don’t think it’s worth the worry.

He’d only be behind X for half season. Zeb playing as a freshman isn’t a guarantee and he’s probably excepting to be play some combo guard with DeJulius down the line.

If Quade (or DeJulius) was taller I’d be more into this. It’d be hard to guard the perimeter with both of those guys out there, and I doubt he wants to transfer to share PT

The Kentucky fan scouting report was “Who cares about his 8 points per game when he gave up 25 on the other end” and “awful playmaker without the size to play anything but the 1” so that’ll be a hard pass from me.

To be fair, Charles was a legitimately horrible player at Kentucky.

He was also an uber athletic freshman who was low usage and good defensively. I don’t think “legitimately horrible” is close to how I’d describe Matthews’ freshman season. He only played notable minutes in about half their games and was way down on the usage scale. Green has been what he is for two years of a much higher sample size.

A is Caris LeVert’s freshman year, B is Matthews’. I don’t think anywhere here would say Caris LeVert was a difference maker on the 2013 team, but I don’t think anyone would describe him as poorly as you do Matthews either. They both had small roles on kenpom top 10 teams and did what they could with it.

I don’t know if he fits on M’s roster but that kid is really talented. I’m basing this on a few short videos so caveats apply, but…get him on the floor with good spacing, with his shooting ability, vision, and quicks, and he would be hard to contain and fun to watch. I would be extremely pleased if he ended up at M