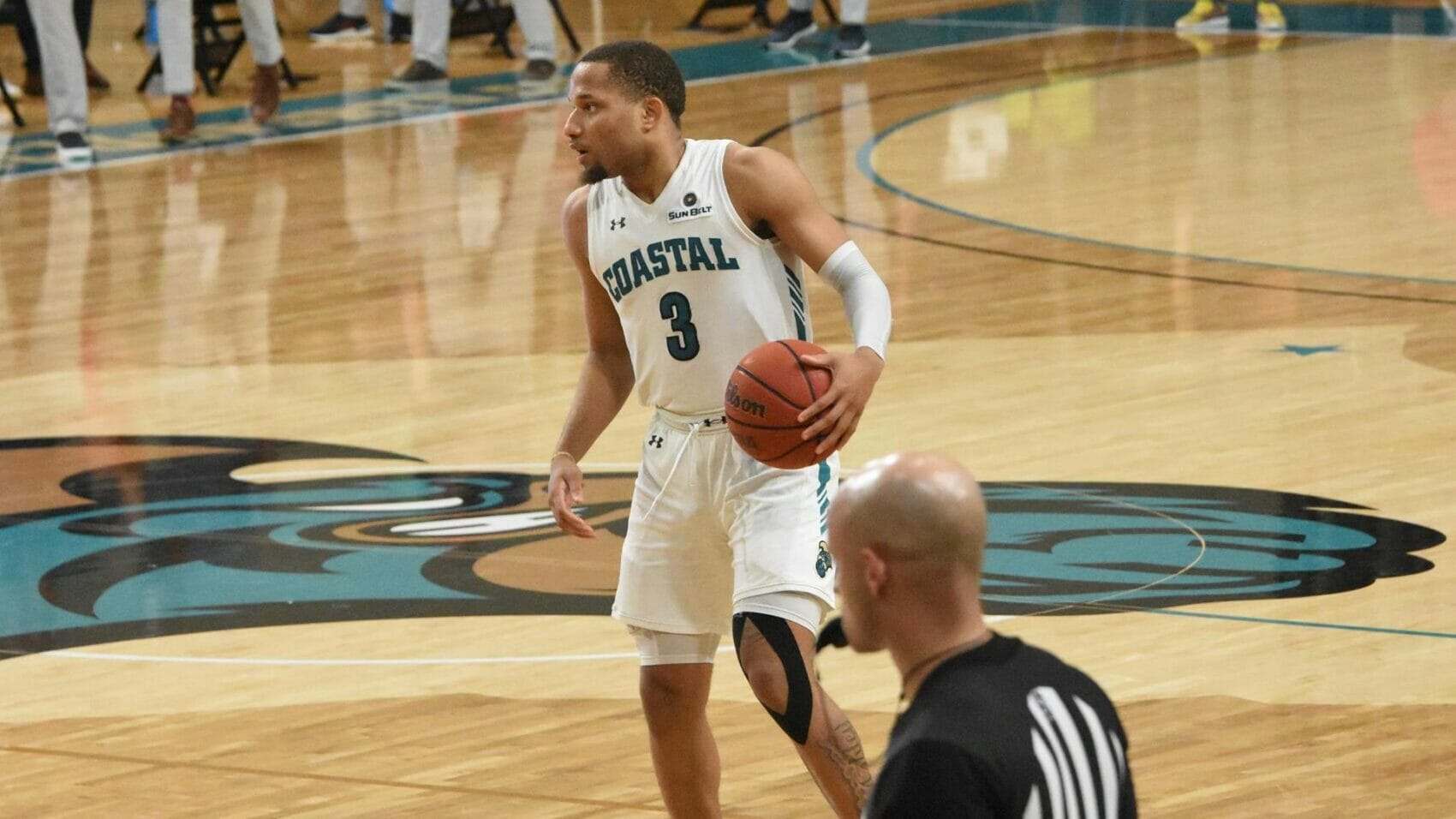 Michigan added a transfer point guard on Saturday with the commitment of DeVante’ Jones from Coastal Carolina. Jones figures to play heavy minutes at the guard spot for the Wolverines next year, fitting in as a potential starter at the point. UM...

Well done Ethan! By the way today is May 1 and Ethan has said nothing about returning to UM hoops next season. Just sayin ha​:thinking:

Thanks E! This is more bullish on ball-screen game than I expected. Good to hear.

So if teams use their 2 guard on him and their PG on Brooks defensively, how do we feel about that? Has Brooks been better against smaller guards or bigger ones? I genuinely can’t remember thinking he had trouble with bigger length or quicker speed, or for that matter advantages against PGs or SGs particularly.

We really do seem to have a good setup for him with Dickinson as his pick and roll partner and then Johns shooting at the 4 and Diabate running there and then lots of Houstan and Brooks spacing the floor, and Brooks to handle the more dangerous guard and let him be an off the ball defender with his impressive rebounding helping out and he seems good at jumping passes and presumably smart enough to rotate.

Does seem like there’s a real opportunity for Collins to get PG minutes though. Bufkin vs Collins is gonna be interesting to watch, if you figure Brooks is around 30-32 minutes a night and Jones closer to 25-27 that leaves 20-25 minutes a night for one of them.

Or two of them.

So if teams use their 2 guard on him and their PG on Brooks defensively, how do we feel about that?

Good question. Jones could be our best foul-drawing guard since Manny. Ideally his defender gets two quick ones every night and the opponent has to scramble their rotations.

So if teams use their 2 guard on him and their PG on Brooks defensively, how do we feel about that? Has Brooks been better against smaller guards or bigger ones?

Once you’ve determined who your superior perimeter defenders are, I think the more important distinction is who the better off-ball vs on-ball defenders are. If you think back to last season, we didn’t have Mike Smith guard Marcus Carr or D’Mitrik Trice just because he was the PG. We had Eli Brooks guard them to start the games since he was the superior on-ball defender (despite being the 2), and then when Chaundee came on the floor he would draw those assignments as well. Eli Brooks is a massive luxury because he’s great on the ball and off of it, but a guy like Chaundee struggled off the ball (think end of the first OSU game or when Juzang started getting hot against UCLA) so he was much better suited to be the primary on-ball defender when on the court.

Going back to your point, I think if Jones is an average B1G PG, most other teams will put their best on-ball perimeter defender on him since he’s going to have the ball in his hands the most. Sometimes that’ll be their 1, sometimes their 2, and sometimes even their 3. So for a guy like Brooks, some games he’ll have a bigger defender on him and some games a smaller one. But I don’t think that’s been any different than what’s happened with him these past two seasons, so I don’t think it’ll be a big change from what we’re used to.