Thought we could discuss some potential assistants that JB could bring in. Or at least some qualities you’d like to see in an assistant. We have two openings so I imagine the net will be pretty wide.

Priorities I have for an assistant:

Tom Crean seems less like a crazy idea now, he can replace Meyer as a recruiter for a year or two.

Tom Crean seems less like a crazy idea now, he can replace Meyer as a recruiter for a year or two.

I would be shocked if Tom Crean were or wanted to be a candidate. He’s been a head coach for almost the last 20 years, has ties to Michigan State and Izzo, has been in shouting matches with Michigan coaches after a game in Crisler.

I can’t see him even wanting to be an assistant coach – I believe his son will be at IMG next year and I’d expect him to take a year off and maybe try to be closer to his family and then try for a head coaching job next year.

Good point. Any early leads on potential candidates? With just Meyer gone I heard Beilein may just promote someone, but with two assistants gone he’ll definitely have to hire someone outside right?

Got think Chris Hunter has a chance to be promoted.

My question is do both guys need to be from the Midwest and does JB look to fill one spot with a former head coach since Meyer and Donlon were.

When was the last quiet offseason for us?

After the Harbaugh brothers ripped up Indiana for firing him I wouldn’t want him anywhere near Ann Arbor and that cabal.

Darris Nichols maybe? Former WVU player for Beilein who is now an assistant at Florida.

Posted a list of some natural candidates/targets on the Patreon board.

Will be interesting to see how this plays out because the timing is obviously really tricky.

Think JB would look at Greg Paulus? Can’t stand the guy, but could potentially be a solid hire.

Im not familiar with the personnel from either staffs, but are Crean and Matta’s respective assistant staffs looking for jobs? Did Miller and Holtmann hire all new staffs?

Holtmann brought his entire staff from Butler to OSU.

Do you have any opinions on any of the 6?

Ha, not quite what I was looking for. Jent intrigues me for a few reasons - comes from a defense oriented program, probably has some connections in useful states, from what I understand he’s excellent at OOT, OOB plays - OOB was obviously still a problem last year, OOT was good last year for the first time in a while - seemed to do a good job with big men development before the crop was mostly malcontents like Amir Williams… I’d prefer to hear from someone with more firsthand knowledge, but I wonder if he might not be a masterstroke.

They’re so diseased about the UM-OSU thing there, though, that I wonder if it would give him pause.

Sanderson is an OSU guy.

This is true. Although I wonder if he was in slightly less of a visible role than Jent, who was TM’s right hand man. Still, generally, these guys usually travel for the best opportunity.

Im pissed about donlon. Both assistants getting up and leaving is bad. Timing sucks for recruiting. Really wanted him to help change our d culture. 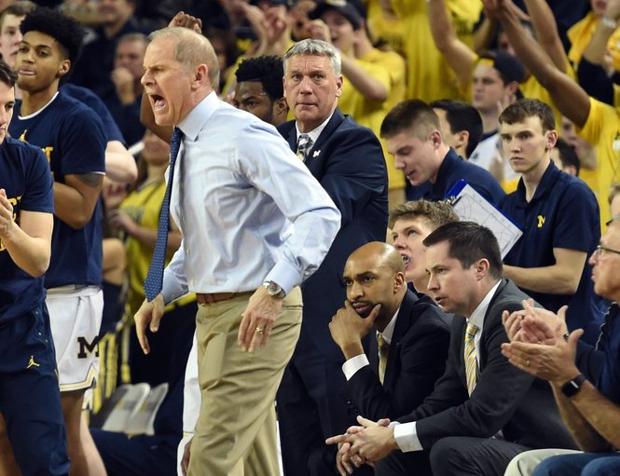 Some names with connections then some random ones. My biggest question is would JB take two younger coaches or does one need some head coaching experience.

One name that I would like to see is Preston Murphy from Michigan originally. Is at Creighton now but has been on the east coast for most of his career.