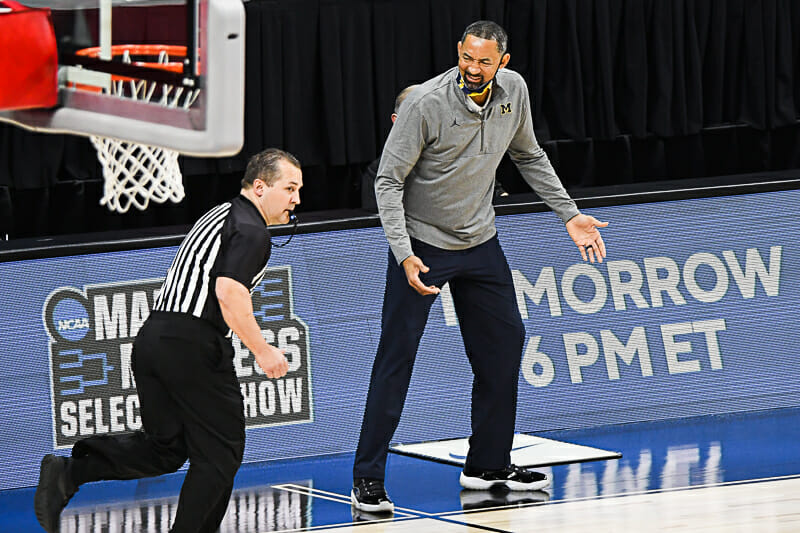 With the season just a week away, Dylan and Brendan throw out a final round of off-the-wall hot takes to preview Michigan, Michigan State, and the Big Ten at large. Listen to “The season is almost here: Last call for hot takes” on Spreaker. The...

I’m just 8 minutes into the podcast, and already had to chug a glass of whole milk just to deal with the heat of Quinn’s first take.

Might bode well for us to be on the bad end of a BQ hot take.

And thank you for pointing BQ towards Purdue’s KP ranking. That’s what was going through my mind when he said Purdue can just run the same team back and be a contender just the same because they won 13 games last year (but lost to all the actual contenders)

Might not be the only pod this week (or this season) either.

Whoa now, I can only mow my lawn so low.

Prediction: Season-long pod with ITH that will cover the Big Ten generally

heres another trevion williams hot take, hes on a b1g team in the state of michigan next year

Brandin Knight getting the Pitt job and then one day having Pikiell as an assistant would continue the circle of life: Pikiell coached under Karl Hobbs at George Washington, now Hobbs is an assistant at Rutgers.

I get the PG concerns with Michigan…even if we just did experience Mike Smith making the leap and having a great year. It is legit…but I am less concerned because Jones isn’t going to be unplayable and and we have Eli, Collins, Zeb, and Kobe as other guards to mitigate some of the risk.

I think the biggest risk to any of the top three is an injury to a key player.

I will buy stock in the Purdue over rated option. Rolling it back with a team that got crushed in all of their games against the contenders last year is getting overlooked.

Legit might be one of my favorite episodes. BQ starts by twisting the knife after a hard weekend, and then you both go on to TRASH almost every one of each other’s hot takes. But then always somehow ending each segment by saying “well I guess I can see that”

I was not surprised that one of Dylan’s takes was about Johns losing his starting spot. I think that take on Johns is not uncommon on this board (nor is the opposite take of him having a breakout year). That being said, I wanted to see what people thought about the reasons why we see Johns possibly having a smaller role and whether those same things apply to Diabate.

Some of Dylan’s points:

I guess what I’m saying is that maybe my hot take is that we won’t see as much twin towers lineups (and thus minutes overall) for Diabate as some think. I know Diabate is a 5-star and probably more diverse in his talents than BJJ…but he’s also the only other big on the roster. If he gets a couple of freshmen fouls like Dylan mentioned while playing the 4…what happens when Dickinson needs a break? The one position on the team with depth is PF and finding minutes is tough.

Look, I think Dylan is right and that Diabate is going to do amazing things and frustrating things. I wouldn’t be surprised if he starts the year mostly as the back-up 5 for 12 minutes per game and the twin towers only comes out very briefly.

Good pod, and it’s be fine to just go straight to discussing the on-court ramifications and the general desire for a never-ending, real-time 24/7 pod, but shouldn’t we just take a minute to enjoy the idea of Dylan making himself the Illinois of his neigborhood chili cookoff?

I agree - the first thing that popped into my head when Dylan dropped this take was Juwan Howard is not going to put his backup 5 man in the starting lineup - so is he implying that Terence Williams will be the primary backup 5 by Christmas? According to the players at media day, Johns has not been working at the 5, and Williams has. I dunno, man.

I have to confess, though, that I’m developing an emotional attachment to Brandon Johns - one of the last Beilein players remaining, one of only two Michigan kids on scholarship, popular punching bag for disgruntled fans - so I predict I will react to BJJ hot takes with equally unreasoned responses.