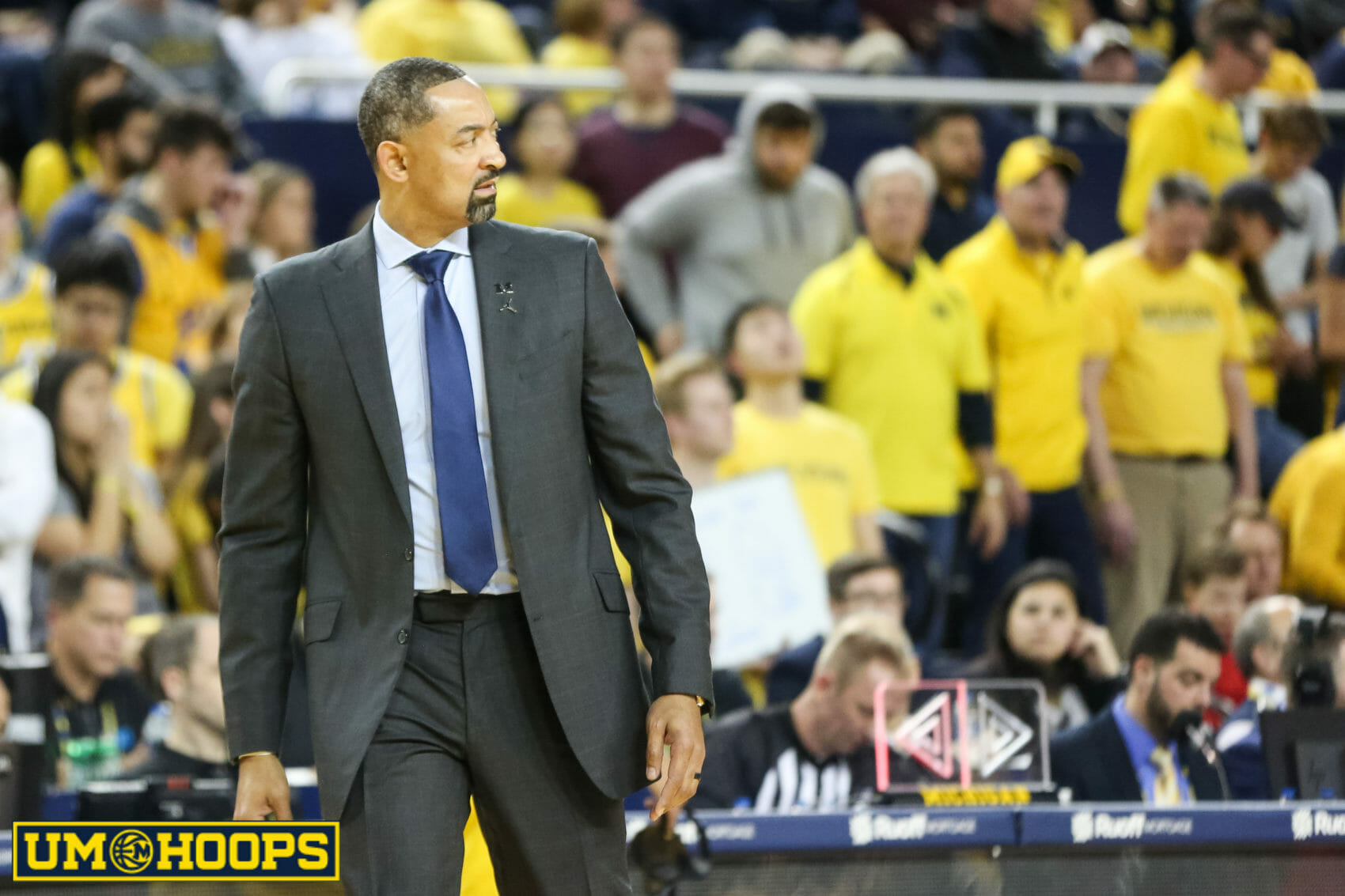 After a long delay, two lost podcasts and four commitments, the Moving Screen is finally back. Brendan and Dylan finally recorded a podcast about Michigan and Michigan State’s recent recruiting surges. The Spartans landed five-star commitments from...

Better late than never. Apologies for the lack of pods over the last month or so. We actually recorded two of them and managed to mess both up editing.

Great job on the pod as always

Dylan - I think we have a pretty good idea of who the primary names are on the recruiting list right now (Skins, Warley, Brizzi, Cleveland, etc.). If there any indication of who might announce their decision next among the names we know?

Along those lines, would you expect Michigans next verbal commitment to come from the names we know or someone we aren’t really talking about very much right now?

Endless Motor aka MattD posted these tidbits about Akins on MGoBlog:

Kobe is working on getting Jaden Akins in the mix. Hopefully him being in the mix helps with the cause.

Depth chart, look at the depth charts. That is what is keeping us in the mix there. That and style of play. Time will tell.

Overall depth chart simply doesn’t matter, its the positional depth chart that is influential. Michigan’s guard depth for 21 literally reads Zeb Jackson. Bufkin is has enough size/versatility to play the 1-3 on offense so that shouldn’t be an issue.
MSU on the other hand will have Hoggard, Christie, Loyer and perhaps Watts/Bates.

Sounds like a head vs. heart situation. He should probably go with heart.

Bates would presumably be a 3 or 4 I would right? And if you include Loyer you’d have to include Nunez on Michigan’s depth chart (not that that changes much). But yeah Hoggard and Watts and Christie will be tough for him to get PT his freshman year.

Considering both Christie and Bates as positional competition for Akins on a depth chart but not Bufkin makes no sense.

If you wanna look at PG only, it’s Loyer/Hoggard/Watts (who is really a 2) vs. Zeb. Not a no-brainer IMO.

If the argument is that Christie and Bates could potentially both be 30-minute types on the wing and that’s gonna somehow limit the minutes ceiling early for players next to them, I guess I can buy that. But you can easily flip that into “would you rather play next to Christie and Bates or Michigan’s wings?”

Considering both Christie and Bates as positional competition for Akins on a depth chart but not Bufkin makes no sense.

I think it’s probably more to do with the fact that Christie and Bates are guaranteed to play big minutes and if Watts comes back so is he. So that could be their 1-3 positions all logging heavy minutes with minimal minutes available for anyone else (and those minimal guard minutes could be taken up by Hoggard and Gabe Brown leaving none for Akins). At least with Zeb and Bufkin, they are players that Akins could feel like he can come in and compete/beat them out for spots in the rotation. And neither guy would be guaranteed the kind of minutes that the MSU guys would so he’d have more minutes available off the bench even if he didn’t beat out those guys for starting spots in the backcourt

I’m not disagreeing with the theme here, but Izzo does play a big, often nonsensical, rotation so I don’t think he would not see ANY time.

It’s also working on the assumption that Bates will be at MSU in 21, which I don’t buy but seems to be the assumption among MSU fans. Unless he goes to MSU in 21 and then GLeague for a year to prep for the draft? I feel like him sticking with his dads school for 2 years makes the most sense.

But could work in our favor that MSU at least has to leave a spot open for him.
Also there’s gotta be a chance Loyer transfers after this year right?

Too many variables to speculate. But I don’t see why you would start a prep school to go for a year and graduate early. Also, no one transfers from MSU…haven’t you heard? So Loyer will be slapping the floor for another couple of years, even if just on the bench.