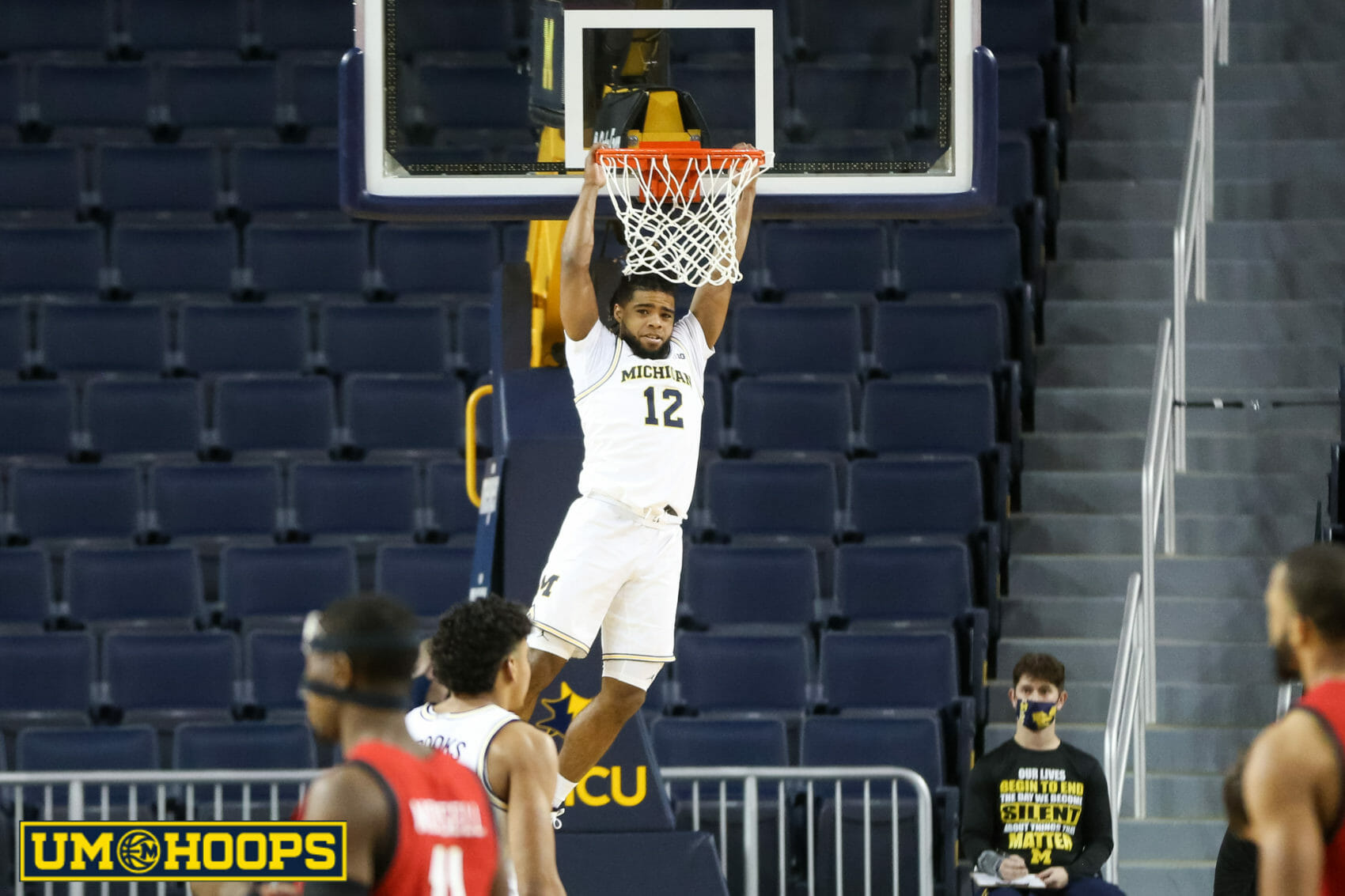 Brendan and Dylan discuss the impact of COVID-19 on the 2020-21 season, Michigan State’s current situation and what could happen over the next few weeks. Then they dive into Michigan’s first loss and bounce-back win against Maryland before an updated...

I appreciate the opening discussion about covid and the logistics across the board with everything.

I assume the reality of the NCAA tournament in this landscape is that teams may be forced to forfeit if they can’t compete and the corresponding opponents will be advancing without playing a game.

Once March approaches there will be some serious nervous energy around the fact that a very promising season can just end without playing basketball.

Obviously, hopefully the NCAA’s quasi-bubble works flawlessly, but with 68 teams it seems like a tall task.

As it currently stands, I really hope we don’t play in any conference tournament.

This was a legendary episode, solely due to how much we got to hear Quinn say “tournament.”

It rhymes with “ornament.”

I also liked the time spent on covid, though they might not have a choice when 1/2 teams on the podcast is paused due to covid. I’m getting really tired of Dakich screaming at anyone who has a take like “maybe this isn’t a great idea for player safety” especially in light of what may have caused what happened to Keyontae Johnson. I would be really really devastated & angry if something were to happen to a UM player…

To Brendan’s point about Isaiah’s ability to drive + shoot FTs being a valid thing to try a couple times per game: I get that he’s automatic at the line, but there are bad things that can happen if he seeks contact - one is a charge, which is always a gamble with college refs, and the other is injury, which we just saw last night.

I was totally relating to Brendan during the livers discussion.

Also, I hope there’s a way filter out the mountain-molehill controversy with Davis’ minutes. Don’t know how much more I can take between the pod and board.

Guess it depends on one’s definition of molehill, but talking about a difference of who plays 5-8 minutes at center is talking about who is playing center for a 12.5-20% chunk of the game. Close games can definitely be won or lost in 1/5th of a game, and it seems clear Hunter is the much more effective player and has the stamina to play those minutes. Seems like we will just have to wait for a close game (preferably one where Hunter isn’t playing himself off the court like @ Minnesota) to see what Juwan does.

Platooning the bench guys also becomes a bigger topic if they are playing 5+ min together.

On Isaiah Livers driving more – totally agree with Dylan on this one. Would it be nice if Livers went to the line more? Sure! But he’d also turn the ball over a couple more times per game just to get himself those free throws. You don’t see the Miami Heat sending Duncan Robinson into traffic just because he’s a good FT shooter. Instead, you see them maximizing what he’s best at and devoting more possessions to getting him 3-point looks.

That being said, I’m sure the NBA advisory board came back to Livers last offseason and told him that if he rounds out his game, he’ll make a lot more money. So there’s an element of that to this, as well – Livers needs to try to force it a bit so that he can show scouts he’s not just a shooter. But his professional trajectory is closer to a Robinson than a Klay Thompson… and nothing wrong with just being a sniper at the next level.

Yeah BQ was way off on that one. Drawing fouls is a skill, and not one Isaiah possesses. He’s not gonna draw many fouls when he drives into huge traffic and throws the ball up.

It really just feels like a situation where any attempt to increase the number of fouls the team draws driving to the hoop should go to Wagner, not Livers. The difference in free throw percentage isn’t huge and Wagner seems much better driving in those scenarios. Not saying Livers couldn’t do this, but you only get so many possessions a game so you may as well use players in their most comfortable roles.

Also I agree with you that the NBA is probably going to value elite shooters a la Duncan Robinson going forward. It seems pretty clear the value a guy like him adds to an offense beyond just being an efficient shooter

To be fair, in the bubble last year the Heat would run a ton of two-man actions with Duncan and Bam to get Duncan a shot, drive, or kickout pass off the drive. He showed surprisingly good playmaking feel in those spots. Felt like they ran less of that once the playoffs started.

To the topic at hand, I’ve gone back and forth and am probably a little more sympathetic to Brendan’s point. It would be great if Livers got to the foul line more but I understand he has to pick and choose his spots given his handles. And Livers one elite skill will always be his shot so I’m never opposed to him getting up more of those.

Just a note on Brandon’s comment that if Michigan needed to take Chaundee out for a blow in the second half against Minnesota, Juwan should have just called a time out–the problem with that was that Juwan had already called a second half time out shortly before the first media stoppage to get Hunter out and talk to him about a mistake he had made. Calling another one to keep Chaundee in the game (or at least shorten his sit-out) would have left him with only one with thirteen plus minutes left and behind in the game.