Podcast: Michigan-Purdue preview and why the two-big lineup works 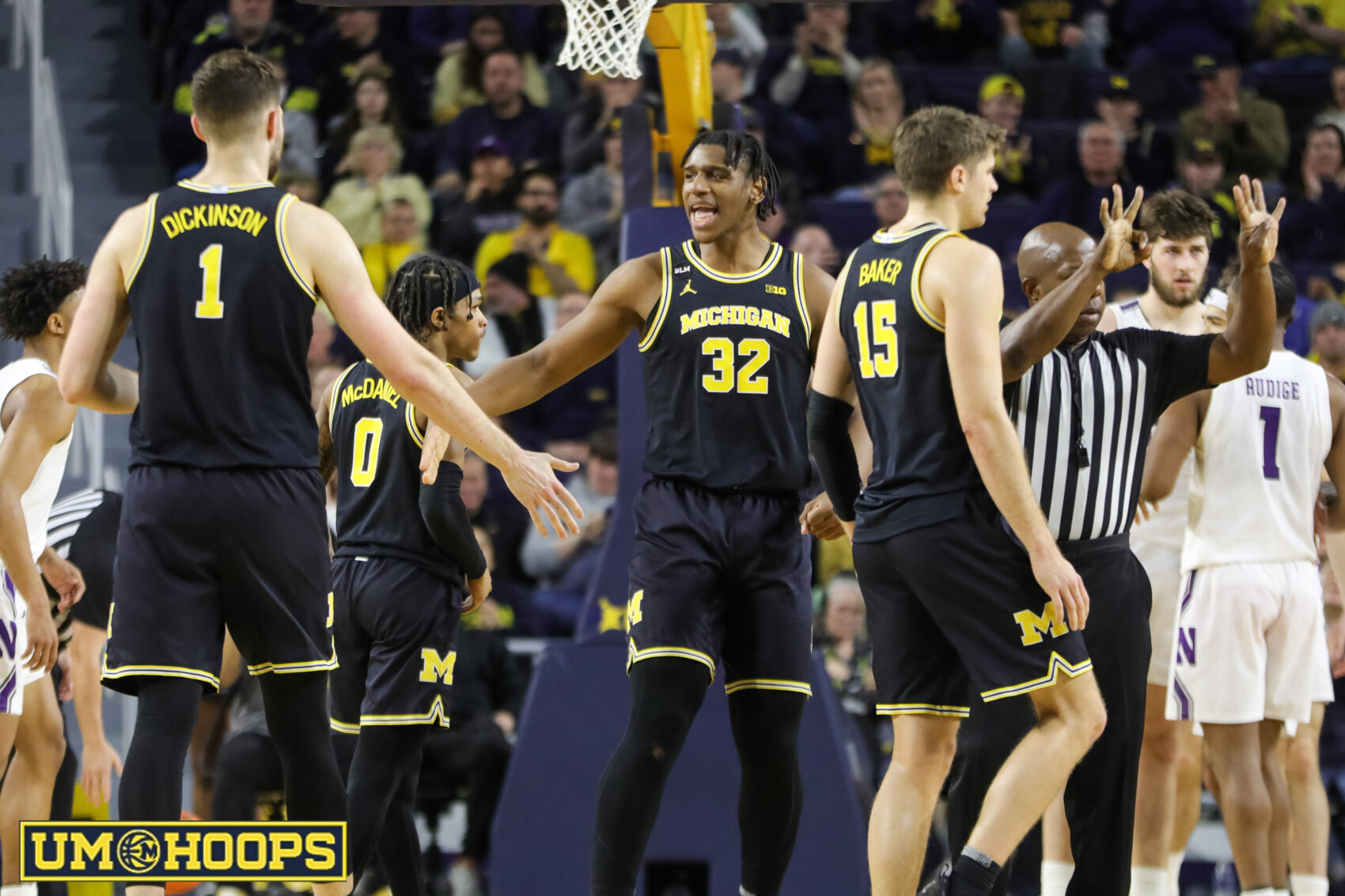 Dylan and Eric discuss Michigan’s matchup with Purdue including why Hunter Dickinson’s jumper is so important and what the Wolverines might try to do to slow down Zach Edey. Then they dive into the Tarris Reed Jr. and Hunter Dickinson lineups and...

I feel the only chance Michigan has in the Purdue game is a lot of minutes for Reed, Dickinson, Baker, Bufkin and McDaniel.

I think the premise of who you build a defense around, elite rim protector or elite big man, is heavily weighted on who else is in the team. Eric’s assumption seems to be that the rest of the team is below average defensively and you set up a scheme around that. I think that’s a little harder to do and you need more years in that system to learn it well than to just turn that on for this year. That makes me lean towards Dylan’s side as well.

Also, the question is more focused on what you’d rather have for Michigan. Next years roster is impossible to predict, but I’d say if you put Franz or Charles on this years team (in place of Jett), theyre a top 25 defense. Dug-Kobe-TWill are good enough surrounding pieces. If you put Xavier Tillman or even Walker Kessler on this team in place of Hunter, how good are they? To Dylan’s point, the shots coming to those guys are much more difficult to defend than the ones going to Hunter in the alternate scenario.