Podcast: How can MSU turn it around? How can Michigan actually play? How can the Big Ten be settled? 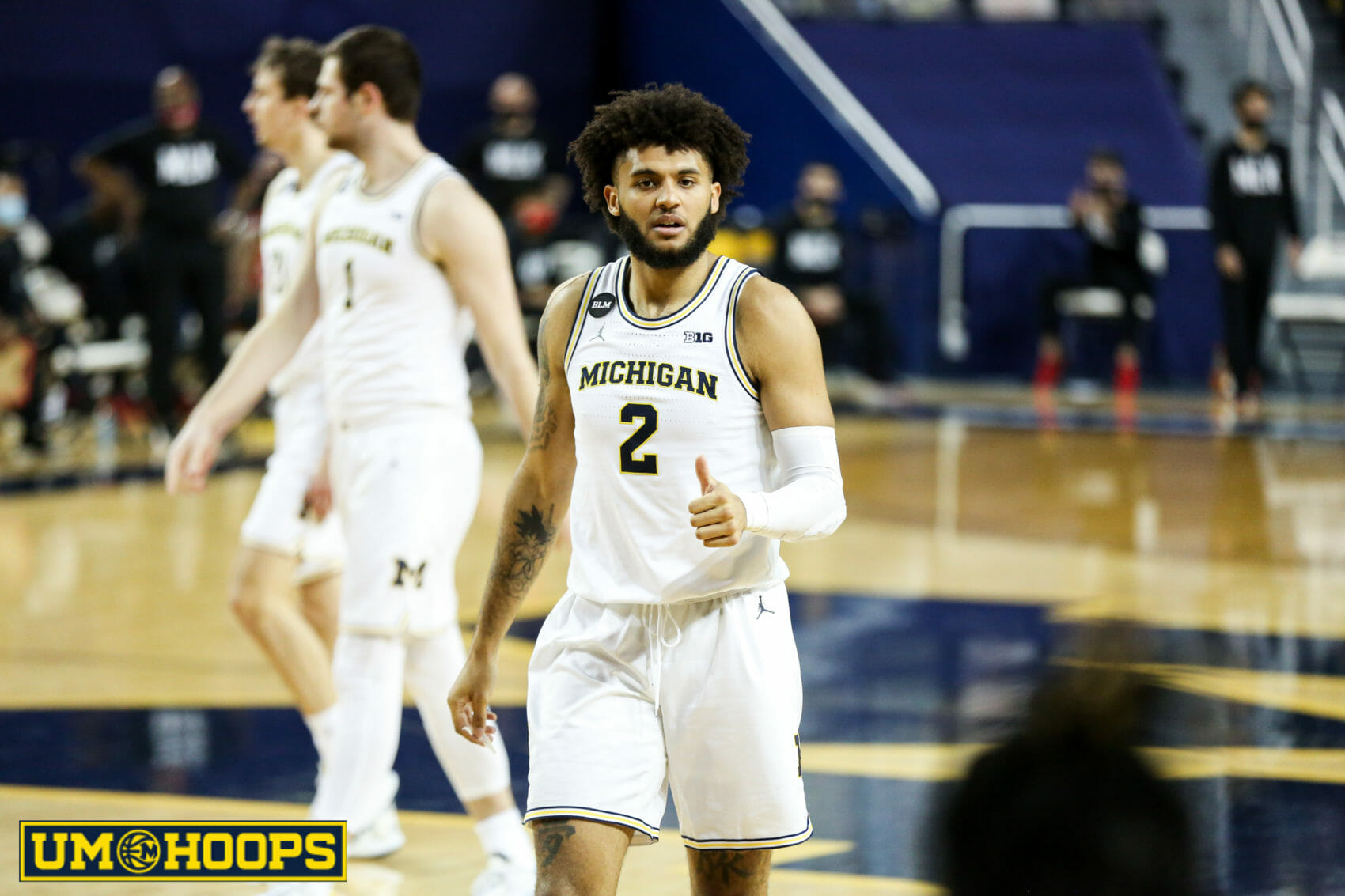 Podcast: How can MSU turn it around? How can Michigan actually play? How can...

Brendan and Dylan discuss Michigan State’s two-game winning streak and what it would take for this momentum to turn into a turnaround and then dive into Michigan’s return to play and what it all means for the Big Ten, Big Ten Tournament and NCAA...

Re: the conversation about teams catching covid during/before the NCAA tournament.

I’ve kind of assumed that those games would just be canceled and the non-covid team would advance.

It seems like it’d be too complicated to rope in a team that was previously not in the tournament. There is just too many variables there, right?

If a 6 seed gets covid before round 1, does the first team out suddenly become a 6 seed and plays an 11? Does the S-curve just slide up by 1 and the entire bracket gets shifted around? The same issues apply, but even moreso, if this happens after round 1.

I definitely agree once the tournament starts. I wonder if there could be some leeway in the opening round, though.

I feel like if one team gets it and has to be eliminated due to COVID that would suck for that one team/fans, but everyone would move on. The much larger issue is if there is an outbreak within the bubble. A bubble/central location is great for keeping the virus out, but also a nightmare if the virus does ultimately get in, because of how quickly it could spread between teams sharing hotels, facilities, etc.

Isn’t it crazy that there hasn’t been more rescheduling of games? It seems like Juwan and co would have been on the phone constantly the last two weeks trying to get their schedule figured out and getting ahead of what the next 3 weeks look like.

Not really up to them. It’s all up to the B1G. I imagine they have a solid plan but won’t announce anything until each game is at least 2 weeks out, maybe less.

A real slippery slope on Covid cancellation policy. Much more significant non-report incentives than in regular season. This policy has to be bullet-proof.

I mean I think the NCAA will be overseeing testing of all teams in the tournament and not a team by team basis individually reporting results.

I’m prepared for heartbreak and Michigan gets a 1 seed then gets snakebitten with a Covid outbreak from the opening weekend opponent of the tourney and has a few of their starters out - ie Livers, Wagner - for the remainder of the tourney.

To go along with this, I liked the insight on the 2nd game back from break being worst than the first due to lack of legs. I think it helps us to keep that Sunday to Thursday window open because that will probably be the longest break we get. Plus Rutgers being the 2nd opponent back is probably good because you know it will be an ugly game no matter what.

OSU in the third game on the other hand…

Each of the sixteen teams at that point will be just as concerned. If this tournament actually goes off without a hitch (namely, all games played by the teams that were selected to play them, even perhaps with truncated rosters), I will be 100% amazed.

Yeah, I’m not sure if a team will even be able to continue playing if a player or two tests positive, but it seems like they’re pulling out all stops to try.

All Tier 1 participants will wear KINEXON contact tracing devices throughout the tournament, including practices and games. These devices, coupled with video analysis, provide data that allows total time measurement of those who are within 6 feet of a newly infected individual with COVID-19. The data will be utilized to assist with contact tracing and the need to quarantine participants. If close contact time with another individual who has tested positive for COVID-19 is less than 15 minutes over 24 hours, then quarantine may not be required

The CDC also released data indicating wearing double masks is up to 95% more effective in reducing transmission, so I would hope the NCAA implements that in all of their facilities.

It kind of scares me that 11 months into the pandemic the CDC comes with, “You know what, we’ve got an idea…double masks!”

Not breathing at all significantly lowers your chances of catching COVID…but there are side effects.

It really struck me when Dylan mentions that Michigan has basically played Wisconsin and all the crappy teams. We thumped Wisconsin and Purdue, but it will be especially challenging to deal with this layoff and have to face the toughest part of the schedule with Iowa, OSU, Illinois, and for all the crap we give MSU - we’ll be their season.

It’s gonna be a disaster the first time a player is allowed to play because they “only” spent 12 minutes within six feet of a newly infected individual, rather than the impermissible 15 minutes (or whatever timeframe cutoffs they use). Maybe I’m cynical, but I can only see these devices being used by the NCAA to justify playing as many games as possible, at whatever cost.

The 6ft and 15 minute thing is the CDC guideline. The non-cynical outlook is that they’re implementing the technology to ensure players don’t need to unnecessarily quarantine.

Yeah – the goal is to run a tournament and try to minimize the impact of any COVID positive tests by following as many guidelines as possible. I think there’s a middle ground where “trying to play as many games as possible” and prevent COVID impact is an acceptable goal. I’m not sure why setting up as much social distancing and contact tracing as possible is a bad thing.

I get that. But would any healthcare provider recommend against quarantining if you were potentially exposed for just 12 minutes? I mean that genuinely. My fear is the NCAA will use the data they have to push as close to that line as possible.

It’s not a bad thing. Again, I’m potentially afraid of the NCAA perverting that goal and using the guidelines as cover to push forward with games when arguably they shouldn’t. We’ll see what happens I suppose.