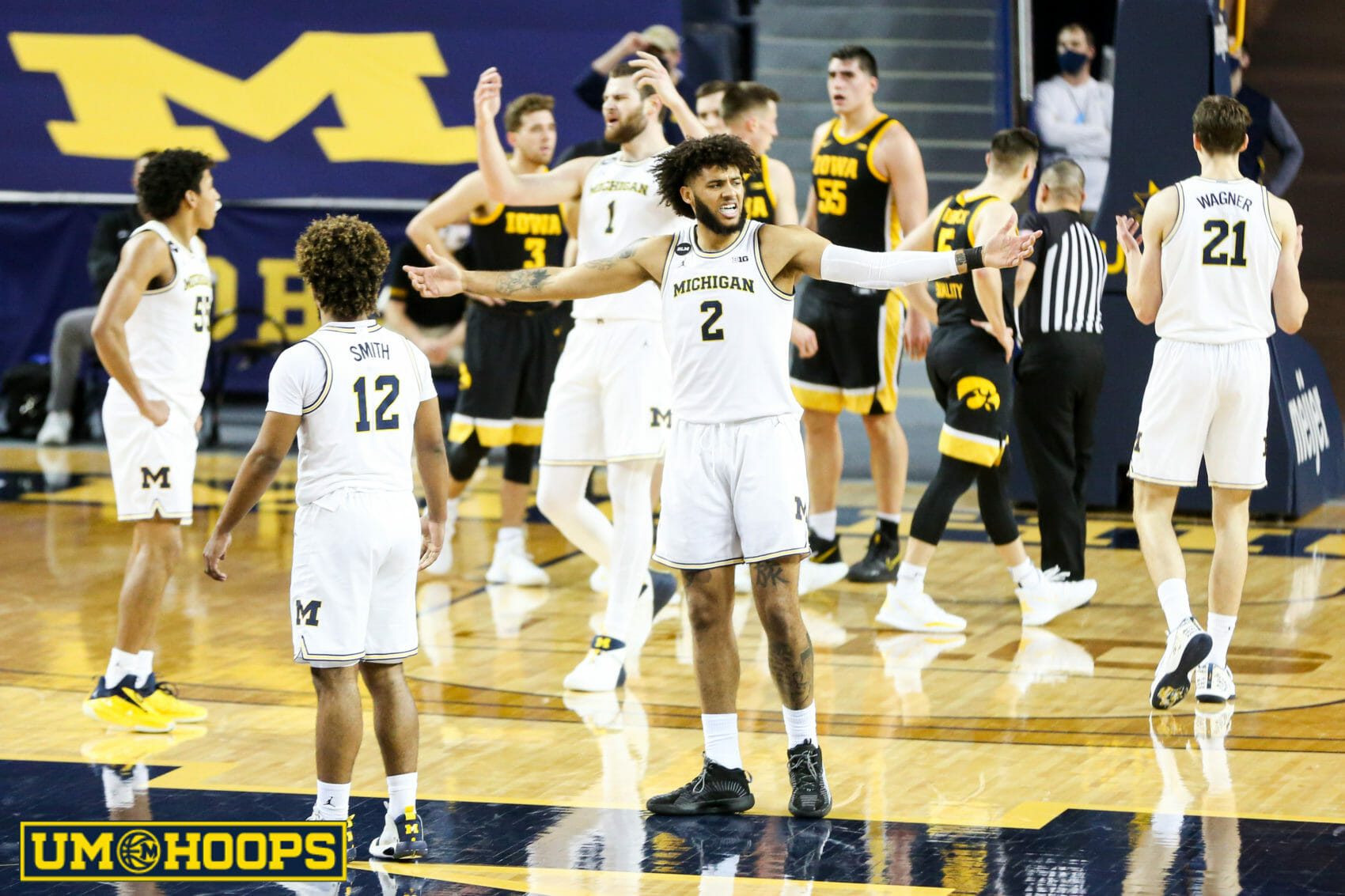 Dylan, if u don’t know this that’s completely fine, but I was wondering what content will look like on the site and pod wise once tournament play starts? I’m a new time member so I don’t know if it’s same as normal or if increases even more? Thanks!

We will have a ton of content during the NCAA Tournament week. Don’t sweat that!

I’m not writing anything that isn’t already widely known amongst us, but had we played NW, PSU, and IU again, the conference championship would already be wrapped up - no doubts there. I agree it has to at least be in part motivation for his own team, but that was a tactically horrible decision by Underwood to go public with those thoughts. At best it was petty given the minimal impact it would’ve had. Thanks for the extra motivation anyway though, Brad, as if we needed it.

I’ve seen a handful of people say this and it’s not really true. If we had won all 3 of those games, we’d have clinched a shared title, but would still need to win one more (or Illinois lose one more) to have a sole championship.

That’s also assuming we went 3-0 in those games, while the most likely outcome, that’s not necessarily guaranteed.

Underwood doesn’t have any idea who Maverick Morgan was, much less why he was responsible for Underwood never winning an NCAA tournament game at Oklahoma State.

It’s like the regular season but slightly better. Dylan and the umhoops crew (is that the correct term? What is a group of sportswriters called? A bench? A room?) work incredibly hard when the games come rapidly.

A shared title is still a title - our 2012 team shared it while the 2014 team won outright, but both banners just say “Big Ten champions.” And with three games remaining, we’d be extremely likely to make it outright.

Gaggle of reporters. Gotta be.

Illini Pod (Michigan preview starts at 11:25): PODCAST: Oskee Talk Episode 175 - Wolverines are next, are the Illini ready? - The Champaign Room

Dylan, if u don’t know this that’s completely fine, but I was wondering what content will look like on the site and pod wise once tournament play starts? I’m a new time member so I don’t know if it’s same as normal or if increases even more? Thanks!

Welcome to the club! For starters, you can count on a comprehensive breakdown of the Montana Grizzlies…

Loved your comment about staggering AD’s minutes to face more Kofi early, and get the advantage of Hunter on Georgi whenever possible.

The game thread might explode if that happens and the results aren’t great in the moment.

Sadly, it looks like Timmy Falls abruptly left the team over the summer. No info as to why or what he’s doing now.

It’s not a bad idea but under this scenario you’re letting Underwood control that idea. He could always put out Cockburn for 40 minutes like he did against Nebraska (OT win). It’s not far fetched Cockburn gets Davis into foul trouble

Doesn’t really matter if Davis gets in foul trouble. I’d let him play through however many fouls. If he fouls out in 14 minutes then so be it

As long as they’re not those and-1 fouls. Make Kofi earn those points.