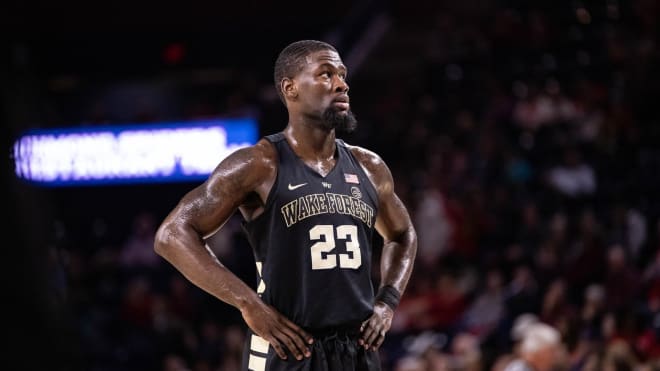 Podcast: Breaking down Chaundee Brown's transfer to Michigan and U-M's...

Michigan added a commitment from Wake Forest transfer Chaundee Brown on Tuesday afternoon. Brendan and Dylan react to the news, break down his fit in Michigan’s system and discuss the latest on Nojel Eastern’s transfer situation. Listen to “Breaking...

Stupid Question: if Brown gets a waver, he plays next year and occupies one scholarship spot on the team. If he has to sit out for one year, what happens logistically? How are his expenses covered? If he takes classes the year he sits, who pays for his tuition and stipend?

Redshirting players are on scholarship that season. The only difference is that he can’t play.

So, it is a two-year scholarship even though they can play only one year and it counts towards the allowable scholarships a team can have per year. Interesting.

Never thought of it this way, but if a waver is granted everybody wins. School minimizes expenses, player gets immediate usage. If a player has to sit out a year, school has more expenses (but it is peanuts to them), but more important, a player loses the most. Only NCAA could think of such injustice to the student athletes.

There is no difference in the expense to schools, but with a waiver another player gets a scholarship the following year.

Sometimes that year is needed and beneficial to the player and program.

When I watch Brown in highlights and read his scouting report, I get flashbacks to Ray Jackson. Maybe not as much ability to play above the rim, but body type, handle, defensive effort, positional flexibility. Shooting … ability to hit from outside, but not a great shooting percentage (especially when you adjust shooting percentages for differences in era of play).

I feel like we are due for a new pod.

We were going to have one but I managed to mess up the recording. Moving Screen tech problems can’t be held down by quarantine.

Gotta figure out what comes next

Tell Brandon to quit golfing so much and re-record that pod.

Can Otis sit in?