Podcast: A meltdown at Michigan State and a big Michigan-Wisconsin preview 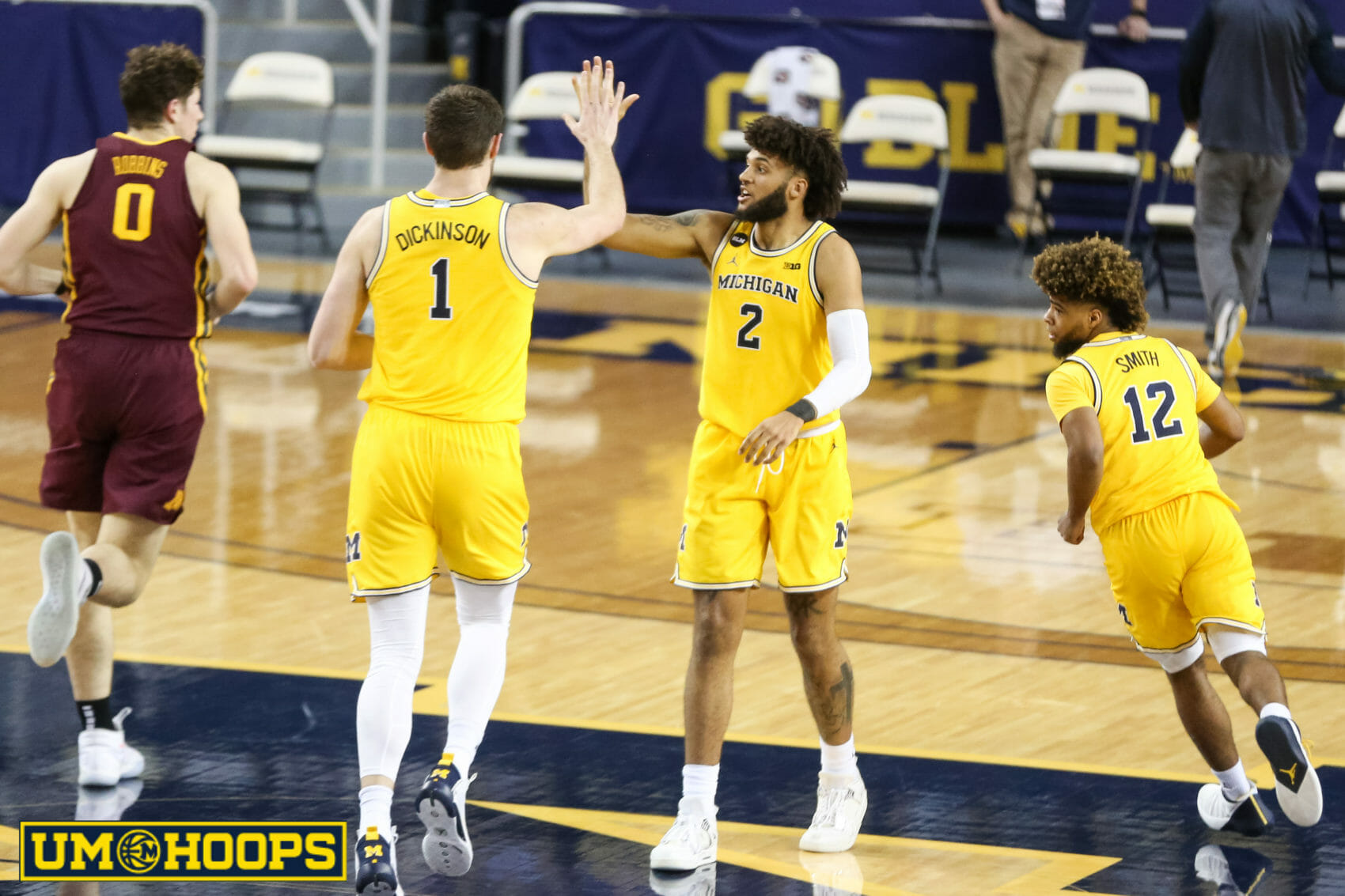 Podcast: A meltdown at Michigan State and a big Michigan-Wisconsin preview |...

Brendan and Dylan make sense of Michigan State’s meltdown against Purdue and discuss some of the problems facing this MSU roster. Then they hop over to Michigan to discuss U-M’s win over Minnesota and look ahead to Tuesday’s big game against...

Glad to know what I’m listening to going to work tomorrow!

Another great podcast. I gotta say my favorite part by far is when Brendan, definitely on accident, refers to them as Purdue’s Pursessions. Now that’s just good radio

Izzo said if Beilien would have stayed it could have been a rivalry like NC/Duke.

Right now the rivalry is trending toward NC/NC Wilmington.

We are going to crush Izzo this year, next year and the year after that. I am going to enjoy every minute of the show.

Dylan, since this was recorded before Illinois lost to Maryland, are they still your “top of the pile” team? Or do you reserve the right to wait until 9:30 p.m. on Tuesday to answer?

Yeah, that was a good call, huh?

I’m not sure. If Michigan handles Wisconsin then that’s a pretty straightforward case as of today.

When did u guys start the pod?

Uhhh, two years ago I think.

How does Potter stretching the floor impact Dickinson? I know both of the bigs can shoot for Wiscy so how do you expect Dickinson to guard those two?

That’s two pods in a row in which the Michigan State content is much more interesting. Here’s hoping that continues.

One part I enjoyed in particular was when Dylan said “and next Michigan State has to face Iowa, Indiana, Rutgers and Ohio State.”

Ha! There actually just hasn’t been that much to say about Michigan in so many ways. It’s funny because I find analyzing a team much more interesting but people like to read about teams that win.

Thanks. This guy is starting out spicy saying we have played an awful schedule in and out of conference.

“I do think Michigan is a heavily overrated team right now. The #7 team in the country on paper sounds amazing. That’s not what they are, they’re a top 20 team that I think will finish around 17-22. They’re not gonna finish in the top 3 in the B1G.”

“They’re more reliant on a couple guys than Wisconsin is offensively. They need Hunter Dickinson and Isaiah Livers to bring it offensively… or they need to get some crazy contribution from another guy or they can’t beat a great team. I think that’s their limitation.”

Not sure I could disagree with a take anymore than that.

Yeah, they definitely haven’t had to win the tough games yet, like Maryland at home! Or 6-6, Marquette!

Well, that’s an awful take that tells me the pod isn’t even worth listening to. If not Dickinson and Livers, they need some crazy contribution from future NBA draft pick Franz Wagner or three other players averaging close to double figures

Yeah, a lot of homerism in his perspective. IMO he doesn’t give credit to Michigan having good players, sans Dickinson. He also doesn’t realize the possibility of Michigan being a versatile offensive team.

One take that is loaded is to get Dickinson in foul trouble, being that UW goes with two bigs, which is a solid strategy. However, although UW doesn’t usually foul heavily, Dickinson’s size and offensive positioning could create foul trouble for both Potter and Reuvers when they check him defensively.

Definitely a wild take there. On a related note have any of you checked out CJ Moore’s article in the Athletic saying Michigan is at least the third best team in the country? Seems too optimistic to me for sure. As an added bonus for the Wisconsin haters out there he refers to a player on Wisconsin named “Nate Reuters.”

If Michigan handles Wisconsin then that’s a pretty straightforward case as of today.