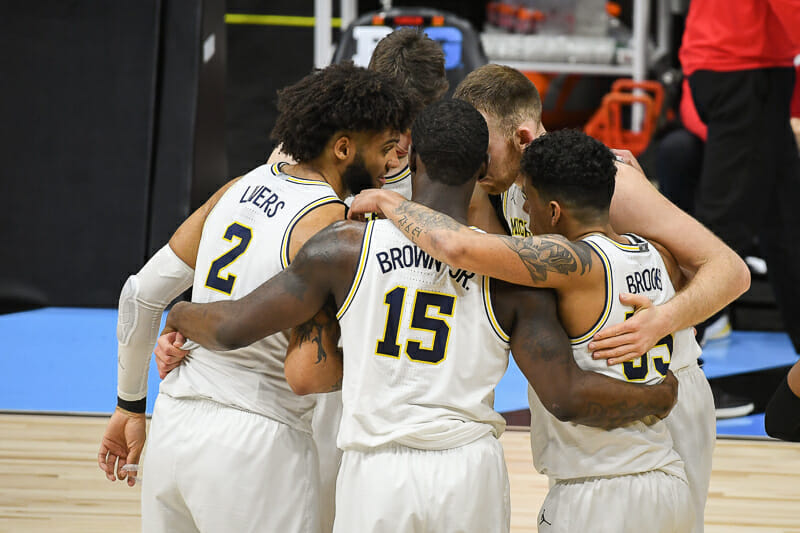 The NCAA Tournament Selection Show begins at 6:00 p.m. on CBS his evening and the Wolverines are expected to earn a No. 1 seed. Join us in the comments section below to discuss where Michigan should end up.

Is this finally the year we get a 3 OT Big Ten championship game and completely mess up CBS’s schedule?

Are they in line for an 8 seed? I thought they were closer to a 6

Teams like UConn are incredibly difficult to seed, because they were such a different team with and without Bouknight.

The 8/9 team I’d most like to avoid is North Carolina.

I don’t think UNC is a particularly bad matchup for Michigan. I’ve seen several of their games recently, and they are prone to really long droughts. Michigan is a tough team to come back against, even without Livers.

They’d be tough for us on the offensive glass

I’ve seen anywhere from 9 to 6

Michigan has done fairly well on the defensive glass this year, although UNC may be a better rebounding team than anybody else they’ve faced save Illinois. But I’m still willing to take my chances against a team that really doesn’t shoot well.

With Livers I wouldn’t be too scared of UNC. But without him we don’t have a PF that can stretch them out which is where our mismatch would be. Plus they have the length to bother Dickinson

You guys think there’s any chance Alabama pushes us off the 1 line?

Well, with Livers, I wouldn’t be worried about anybody on the 8/9 line.

@aigre122vjq1r2 You never know what the committee might do, but that result came in really, really late for that big of a swap. And it’s not like they blew LSU out. Michigan still has an excellent record overall.

No we have more q1 wins

No matter who we play I’ll just be glad to get out of the Big Ten. This conference is a rock fight.

I’ll just be glad to get national officials.

Face it guys, UM is no longer a 1 seed and will now be an 8 seed with the worst matchups. If you lose 4 games, thats what you deserve.

Yes, anyone but the idiot bodybuilder