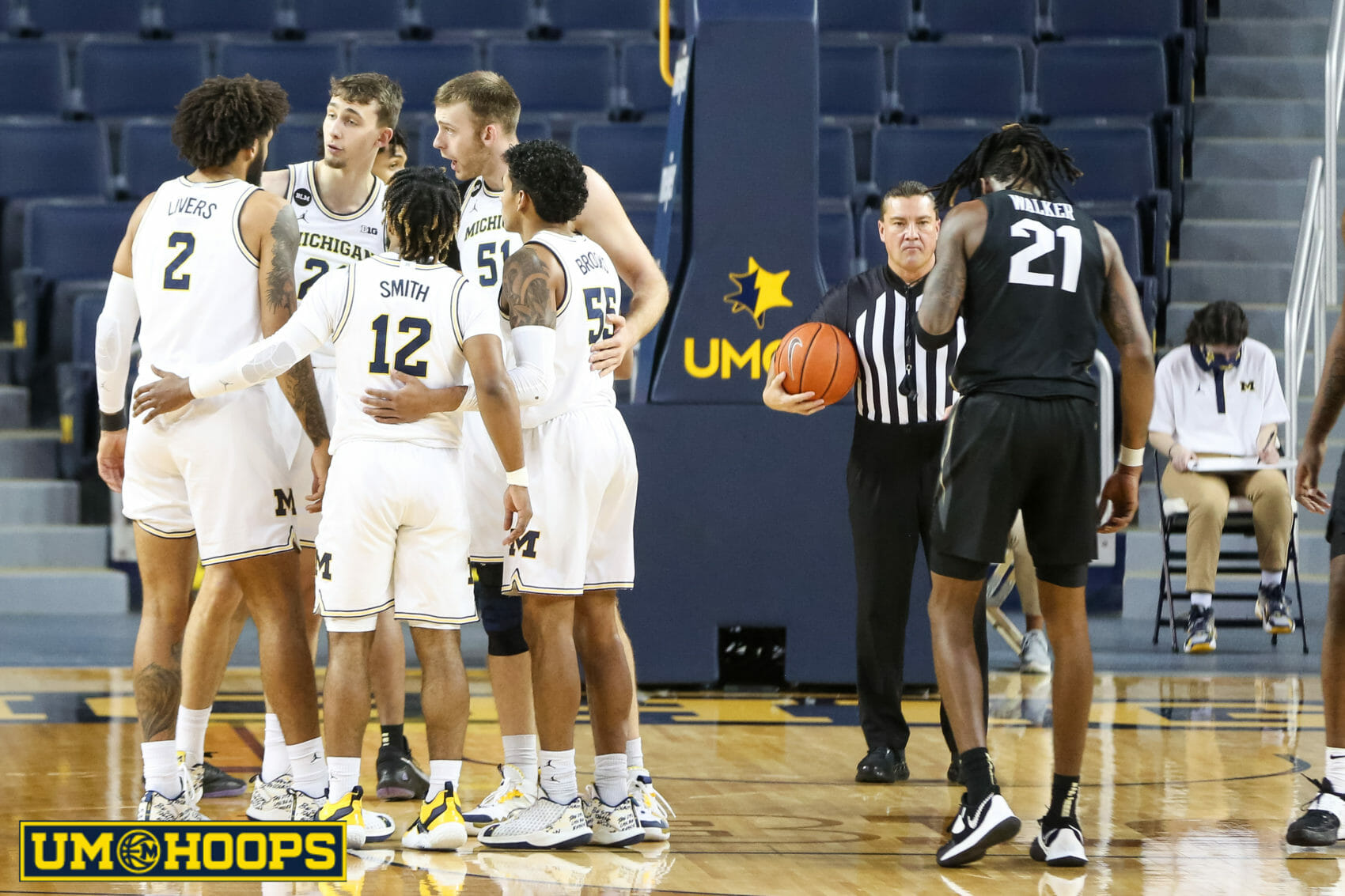 Michigan’s Wednesday night game with N.C. State is officially postponed due to coronavirus concerns. “Far too often have I had to say we are all living in unprecedented times,” Juwan Howard said in a statement. “Our main concern is the health and...

Could we host some sort of MAC MTE? Play Toledo and Central?

Why play 1 more MAC team when you can play 2 more!

I’d take Loyola or a high-major. just thinking that if one game against a good opponent is the best form of preparation, second best is two games against bad ones if the good one isn’t available

I’m curious about the “postponed” language. I wonder if there is some contractual piece with the B1G/ACC and TV about getting these games in. Because it seems like LOU/Wisconsin are trying to play theirs soon too.

Also wondering if there is some wisdom to keeping a game “in the bank” for later on. Since M’s schedule is full maybe having a game to plug in if things go seriously sideways and maybe there is 10 days or more between games during the league schedule. I know there schedule is quite backloaded and the flexibility is basically now but being able to plug in a game later on could be useful.

All that being said, not sure I like having a week off before the B1G opener and against a high-major team. If they could sneak in a game or a Loyola this week that would seem to make the most sense but the “postponed” language seems to take that off the table.

Maybe if we win enough MAC games we can get their automatic bid to the tournament?

Noteworthy that the language on Michigan-NC State will be "postponement," not cancellation. So might be rescheduled. I'm told Michigan will try to fill the schedule with a game this week. Could be an in-state opponent or Toledo. Game could be Wednesday, but more likely Thursday.
4 Likes
Tom48160 December 7, 2020, 10:12pm #8

I’d rather they move on and find about high major replacement game between Sunday and Xmas. We don’t need another low major anchor on our SOS

They are already scheduled for a full allotment of games, FWIW.

If Michigan makes a replacement on the schedule, I would guess it would be a clean match and probably a more regional opponent.

It’ll come down more to logic and relationships than how good the team is IMO.

Seems like the best way to still play NC State is to play Sunday instead of Penn St if possible, Penn St also doesn’t have another game until 12/23. More likely, it seems this game is cancelled and Michigan fills in something else.

Toledo makes a lot of sense. Ohio is also free in the mid-week.

If Butler has their COVID issues under control, they could be a fit.

Same issue as NCSU, they play on the 14th, 16th, 19th and 23rd. All of them except the 19th is a conference game, and the 19th is the Crossroads Classic against IU

Poor @93grad has been begging for another high major game all summer and he’s gonna end up with another MAC game.

How else will we be able to definitely prove your incredibly brash statement that Michigan would win the MAC this year???

Per sources, Michigan and Toledo are finalizing plans to play Wednesday in Ann Arbor. The matchup will replace Michigan-NC State on the schedule and complete U-M’s non-conference slate. Toledo is 3-2 and the highest rated MAC team on KenPom (101).