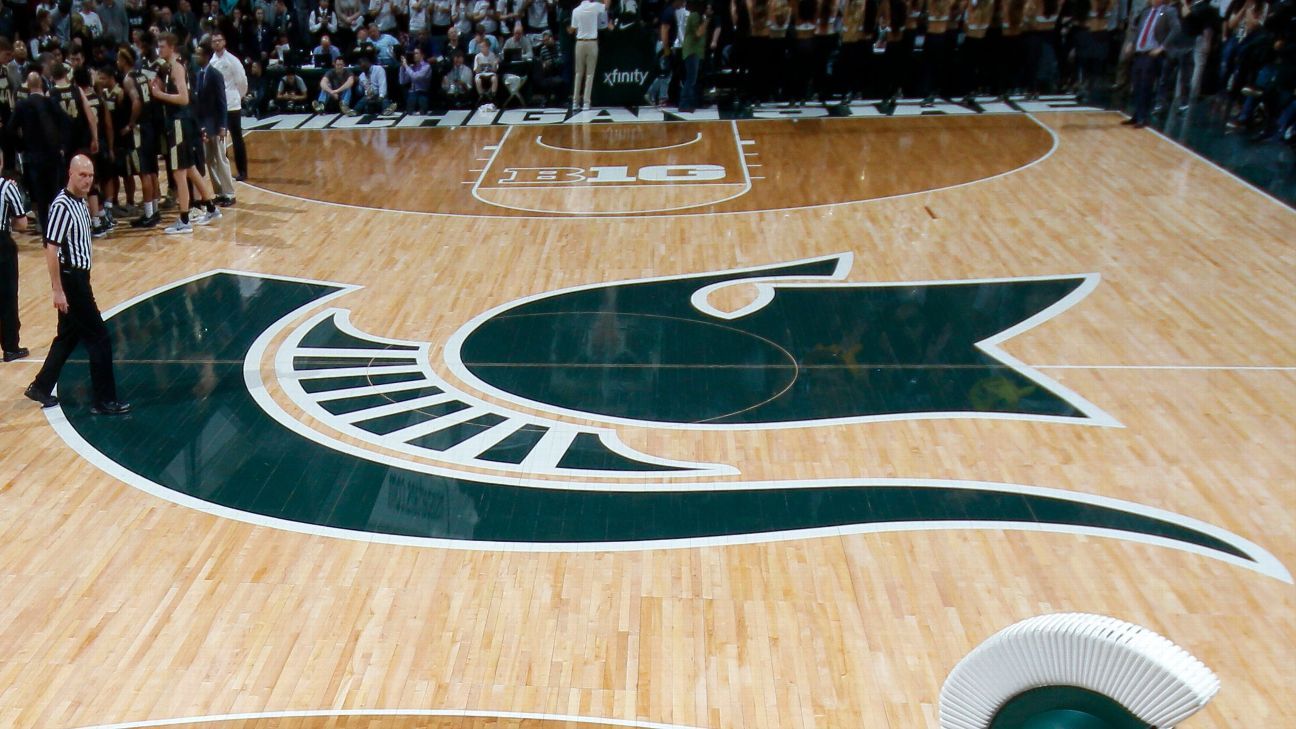 In a lawsuit, a student says Michigan State subjected her to a "hostile educational environment" and failed to provide protection, instruction or adequate support after she told counselors in 2015 that three basketball players raped her.

this could be a tipping point for izzo.

It’s a civil suit so we’re probably gonna be able to know a crap more than normal about the case eventually.

Even if by some weird, unlikely chance Izzo actually didn’t know about any of this, at some point you have to hold him accountable for recruiting the guys. This is 6 players now since 2014.

Also, they need to burn the whole place down. Nobody in a high up position of any kind from a year ago should still hold their spot. I don’t care what they did or didn’t do, the only way to fix this is gutting it all. This includes the shady East Lansing PD (or I guess it’s the DA office, but I’m sure there’s parts of both that are less than ideal).

It’s far worse at MSU, but this isn’t just an MSU problem. When I was doing my fraternity EDU stuff at UNC a lot of the material had to do with this. It’s pretty clear that colleges all across the country are sweeping rape cases under the rug to protect their reputation not get the stigma of being a “rapey” university.

This isn’t a sports partisan thing, because using things like this in the context of rooting against a rival is gross, but - at this point MSU seems to have established that everybody there that doesn’t draw a salary for classroom instructions needs to lose their job.

The idea that you could sit a student claiming rape down with school officials and the words “well, you’d be swimming with awfully big fish” would be uttered…

If it wasn’t already obvious why Izzo isn’t commenting on these incidents, it should be by now. He had to be aware of this situation and the likelyhood that it would surface eventually. Does he know of any others? Is he worried that there may be still others that he doesn’t know about that could surface?

He must be thankful that the season is over and he doesn’t have to face the press on a weekly basis.

From what I can tell, Izzo is untouchable. He will “no comment” on this, MSU will circle the wagons, and probably payoff the woman.

There’s probably not going to be a record of contact with Izzo. I doubt they sent him an email with any details, if they told him about it at all.

If that is the case, the notion that they would purposefully not leave a paper trail so that he could just throw up his hands and say “shucks, i’m just the basketball coach. i don’t know anything about this rape stuff” is reason enough to can him.

It’d be enough for most of us. But the people running major athletic institutions don’t often make th same decisions that most of us would.

The allegations outlined in a federal lawsuit against Michigan State are not a good look for Tom Izzo. This is his program. These were his players.

How can the good people at MSU (there must be some), look the female students in the eyes knowing that they are allowing a culture to exist that is putting them in harms way.

Such a culture - to an extent - exists in almost every industry, institution, community, etc. How can any of us look the vulnerable in the eye? MeToo has been around for 20 years, but it’s only become mainstream now. Victims have been fighting for change for a long time and we’ve failed them for a long time.

Seems like it would be a little easier to fix on a college campus than in society in general. I have worked in corporations larger than MSU where sexual assault was not a problem let alone an accepted way of life.

It’s not just about sexual assault. That’s the worst of it. It’s about harassment and discrimination as well. And if you think your corporation is untouched by the culture we live in, I’d say you’re naive in regards to this.

MSU obviously has some MASSIVE problems in how they react and deal with instances of sexual assault. But remember, they weren’t the only Michigan public school that lobbied in the state government against legislation that would assist victims.

Keep in mind that the well publicized Appling/Payne rape accusation and ultimate refusal to prosecute preceded this woman’s assault. The accuser of Appling/Payne was in fact dragged through the mud. So, when the counseling office said that accusing big name athletes would not go well, the intimidation of that statement had a lot of teeth. They used prior injustices to deter other accusations. That is the most damning part of this.

I was talking specifically about sexual assault and the lack of response to it. Of course there is bias, discrimination and harassment everywhere and probably always will be. If you have a lot of sexual assault going on in your place of work, you may want to look elsewhere.

Michigan State called claims that its counseling center discouraged a female student who alleged she was raped by basketball players "simply untrue."

Weren’t the accusations against Nassar dismissed by MSU ?