Does anyone make mini banners for the B1G Tournament Championships, Regular Season Championship, or the Final Fours we have won/attended?

I know they’ve given them out each year at the game where they raise the banner. 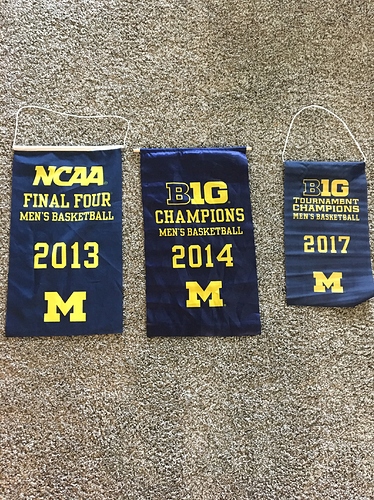 Thanks for the reply, I live in the south west part of Indiana so I was hoping there would be someone on the campus would sell them - I figure they would be a popular item for any fan.