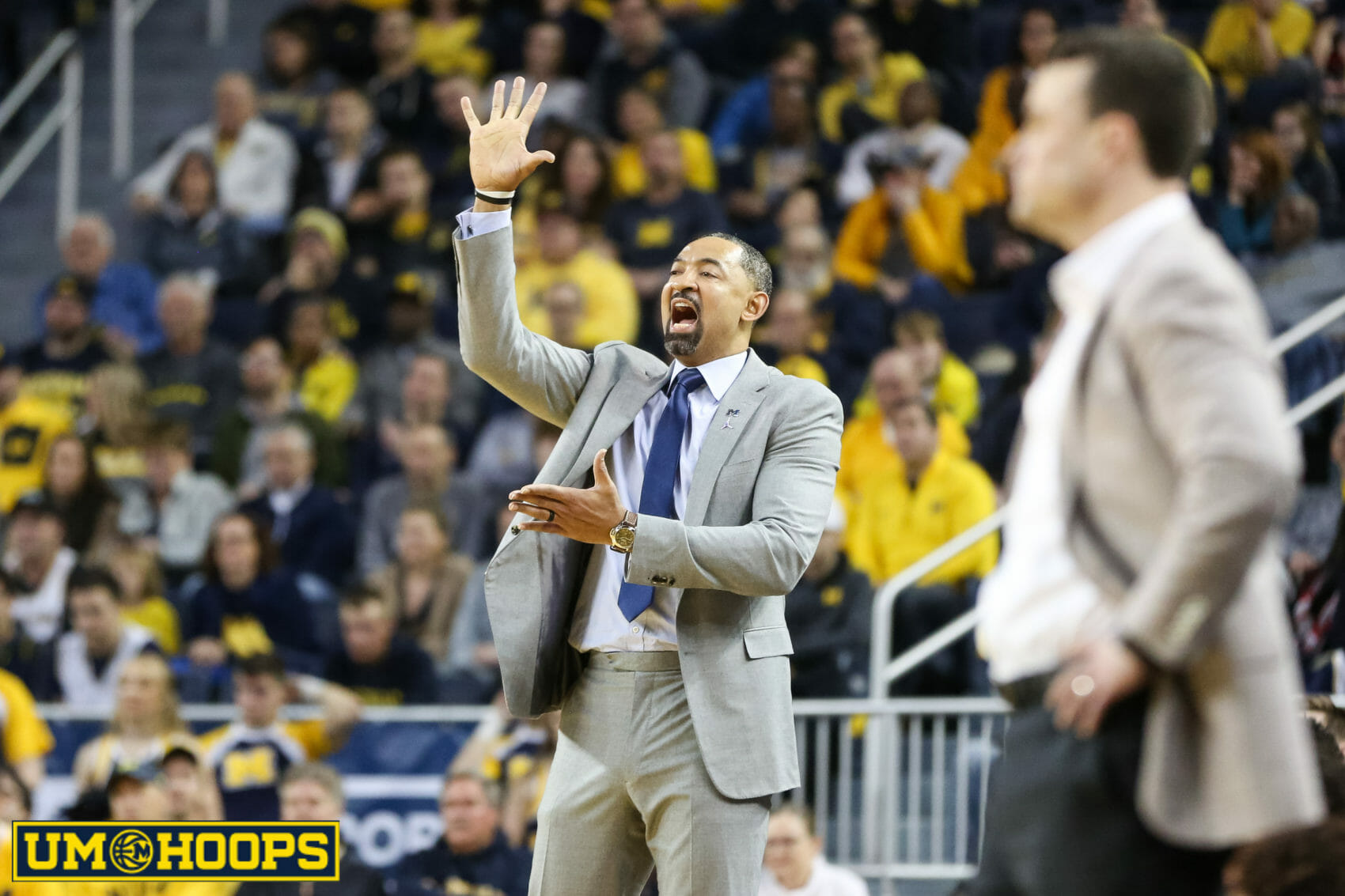 Michigan is one of the hottest teams in the country again after winning its sixth game in seven tries. The Wolverines were the first team to win at the RAC this season and are playing with as much confidence as they’ve shown since November. It isn’t...

Do we have a culprit/explanation for the defensive improvement in the paint? I feel like we’ve been digging/helping in the paint on bigs more than we were before but that’s maybe just a feeling I guess.

One of my fears with the defensive improvement is that we haven’t faced the dominant centers quite as much during that time. Wesson still scored a bunch (though more from outside and in a game he should have fouled out of); Deron Davis had a good game (though with a few lucky bounces); Tillman was okay. We didn’t face Oturu, Garza, Cockburn, Smith, or Williams. We’ll see on Sunday I guess.

I was happy to see Castleton step up last night and I’m still dumbfounded that Nunez still gets the first call as the 9th guy. #freeBajema!

When it comes to Castleton I’m struck by how good of a free throw shooter he is (82% I think). It feels like he should embrace his shooting and find ways to get off a mid-range jumper instead of getting trapped in the post so often.

I think this is a good point

One negative through this run: Teske’s slump. Consider how great this team will be if he can build confidence from yesterday’s dominant defensive performance.

Also, I refuse to believe I only have 7 games left of X. I’m going to need at least 12 or so to properly say goodbye.

Teske was a beast on the defensive end against Rutgers in the second half.

If I remember correctly he could hit the 3-ball well in HS. And was a real good shot blocker in EYBL. #freebajema

I have caught myself being disappointed with Teske but I keep trying to remind myself that Teske has been going against unusually good competition in these big ten bigs…I don’t remember seeing so many good bigs in one league. It has been incredible.

On the Michigan Basketball Insider podcast, they talked about how Howard Eisley has been working on the floater with DDJ. Apparently he’s emphasizing jumping off two feet. Sure enough, the clip in this article shows all but one floater coming on two-footed jumps (and the one-footed attempt needed a fortunate bounce).

There are two ways to look at that… first is that Teske struggling is frustrating and limits us. But the other way is to realize that this run is still with Livers working his way back, Teske struggling (on offense), and Wagner not remembering how to make jump shots. Imagine if any of those get fixed…

I think you’re right about talent. I also think that Teske set a high bar last year with D that made this year more shocking. I have another theory that he spent so much time working on his post offense (practice, off season, in games) that it affected his D. Maybe thats why the improvement in D aligns somewhat with his slump on O.

One thing I really haven’t seen a lot of people on regards to Teske is that the Big 10 is a huge grind for centers and the NCAA tourney will be a huge breath of fresh air for him. So even in the case that he doesn’t break out of this slump by the end of the BTT I would still feel pretty good about him going into the tourney. He’s going to be seeing more favorable matchups against most teams not from the Big 10. Remember way back in non conference when he was named to the Wooden Award watch list?

He destroyed Myles Johnson and TJD. Like you said we’ll see against Purdue but I don’t think it’s entirely attributable to the opponent.

Great article Dylan. I knew there was a reason I re-signed with you! Eli’s offensive numbers reflect that he’s had an up-and-down year. He started hot. Went very cold. And now he’s hot again. I think part of this is because of Liver’s injuries. Eli is not a superstar offensive player. If the defense keys on him, he can’t make it happen like Kobe or Michael could. But if he’s part of a balanced attack, maybe the second or third option, he can do an excellent job. They’ve also asked him to play a lot of point guard when Z sits. That’s a load. Anyway, he’s outperformed expectations when he signed and after the first two years. Hats off!

I really don’t understand why you would say Simpson is under appreciated. In all seriousness I think we could make the case that at this point in his career his might even be over appreciated. I believe the FCC has announced it will fine a color commentator who does not rhapsodize about his toughness and leadership and heaven itself will convulse if the broadcast team doesn’t note with awe and admiration his first hook shot. It is all well deserved, and X has earned that by contributing to 100+ wins in his career.

Having said that, I do agree that there are legit concerns about next season’s PG, and it’s great to appreciate X. But we don’t need to cry poor on his behalf.

Simpson is most definitely under appreciated by the majority of Michigan fans.

And judging from the your comment I think you’d be a part of that majority.

Opposing coaches give X more praise than the majority of UM fans!

EDIT: With the exception of Izzo, who believes every shot X makes was an act of God

I believe the FCC has announced it will fine a color commentator who does not rhapsodize about his toughness and leadership and heaven itself will convulse if the broadcast team doesn’t note with awe and admiration his first hook shot.

Even when you put it this way, it misses the point that he’s a better offensive player than defensive player.

A couple of weeks ago there was a debate whether he was the best player on Michigan’s roster, for example. As @ChipJonez says, there wouldn’t be a debate among opposing coaches.

Yeah, I think how effusive that debate was is a good example of how X is underappreciated. Basically he’s treated like he’s Aaron Craft (gritty mcgritterson who is a gritty leader and gritty defender with lots of grit), where instead he’s closer to Cassius Winston (elite ball screen guard that carries an offense), but with some noticeable flaws.