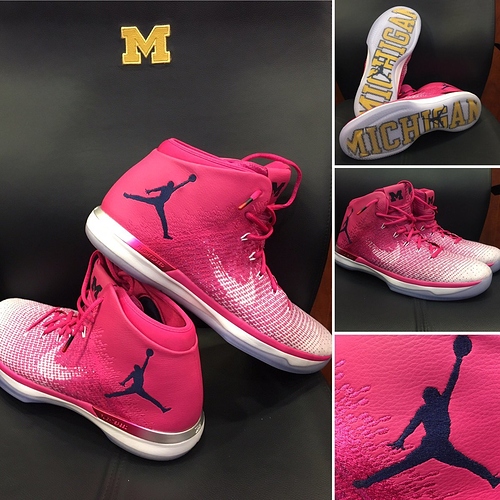 Why? Did I miss something?

I’m all for it. Should be extra motivation. Nobody wants to get run off their own floor while wearing those.

Real men are cool with the shoes.

Love the cause but I guess I’m not a real man, because those things are hideous.

That’s so pink collar of us

Did you know that in the 1990s. the colors were reversed–pink was the color for boys and blue was for girls; it’s all just cultural programming, nothing intrinsic to the colors.

To each his own, and if you like the pink I’m not one to judge. Just not my taste

Good thing we didn’t wear them at Iowa, we might not have been able to find them in the locker room.

Yes–typo! It was the early part of the 20th century, not the late part. They once dressed girls in blue and boys in pink. Dunno what I was writing. The point is that it’s in our heads–colors don’t have genders.