Michigan showed its ceiling again Sunday. Now it becomes about sustaining it. 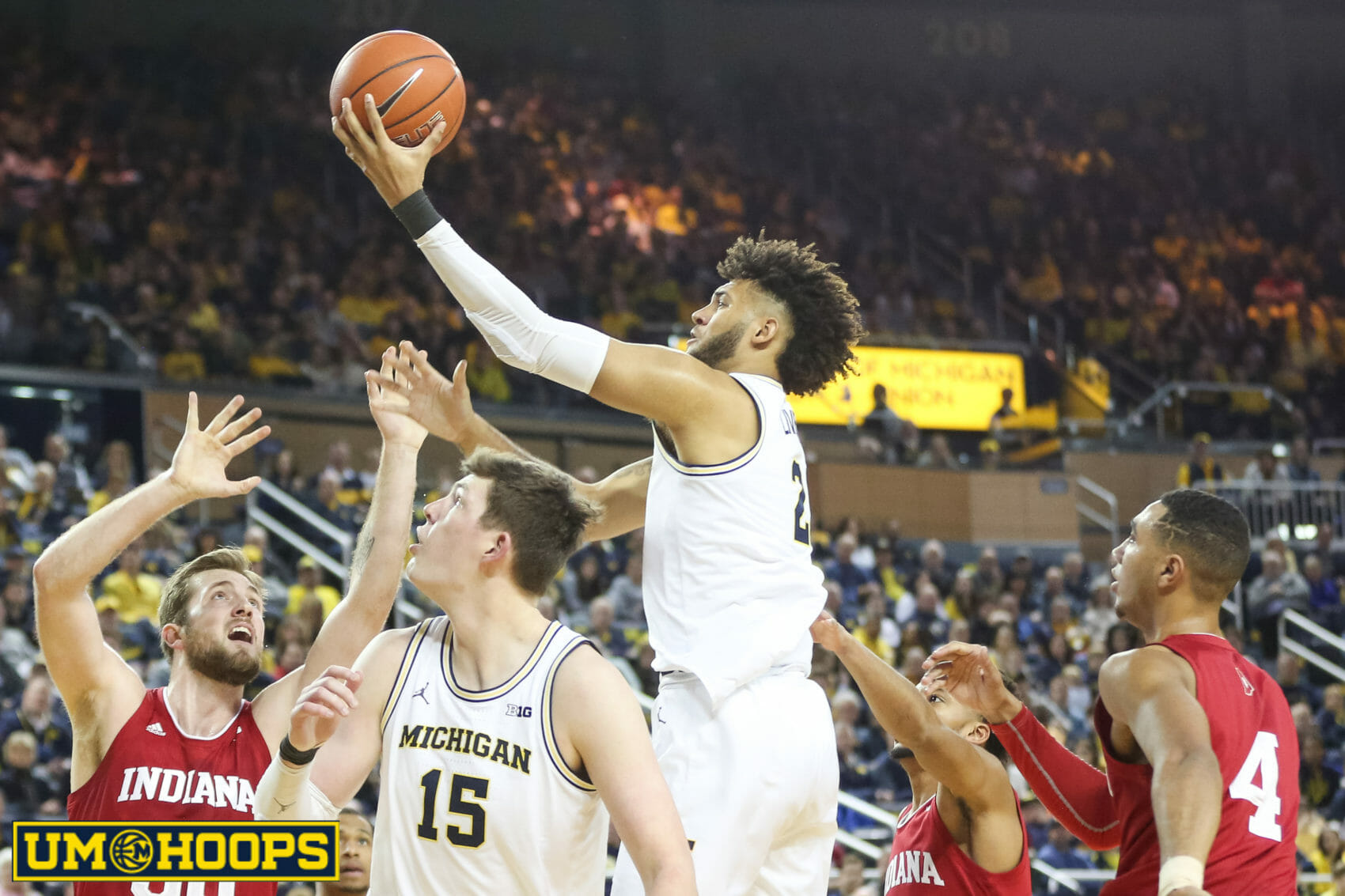 Michigan showed its ceiling again Sunday. Now it becomes about sustaining it....

Selection Sunday is four weeks from now, which means that Michigan has four weeks to hold this thing together. Sunday’s 89-65 demolition of Indiana doesn’t mean much on its own — the Hoosiers are sitting square on the bubble and that’s the type of...

If Livers is less than 100% on Wednesday I will be extremely upset. So upset in fact that I will eat three hamburgers

Thank god I was logging on to post that I’d eat the fries of three extra value meals.

Holding that intensity will be extremely difficult over the next 7 games, I think if we win any 4 of them Michigan is in the NCAA tourney. I also think if we win at least 4 of the 6 left in the regular season, go deep in the B1G tourney, Michigan could have the worst overall record at their seed. Given the cannibalism that has taken place in the B1G the current national rankings are very misleading in my opinion.

If Michigan goes 3-3 or better down the stretch can they play themselves up to a 6 seed? I could see a nice run if they get there but not as much on the 7 or 8 line like I’ve seen so far.

Maybe, it might require some favorable injury treatment from the NCAA though.

The tricky thing with seeding is that so many Big Ten teams are going to be grouped together between the 6 through 9 seed lines.

Teams are going to have to be bumped around a bit due to bracketing rules I think.

This has UM as a 6 right now… Top Bracket Matrix ranking.

Welcome to Bracketville’s home for Bracketology. This is where you will find bracket projections for the 2020 NCAA Tournament. At the time of publication (update) the bracket reflects an over…

Doesn’t 6-9 clustering make it easier to bracket since it means that all of those schools will naturally avoid each other no matter where they’re placed? Might just have to do some trickeration with how you seed the team that plays Maryland.

That’s what I was thinking. Since the B1G doesn’t have many protected seeds it should be pretty easy.

One thing that could have an effect is BYU who can’t be in a Friday/Satuday Region or pod.

I think it becomes hard to align the non-Big Ten teams because there’s a spot in the S-curve that is all Big Ten teams. 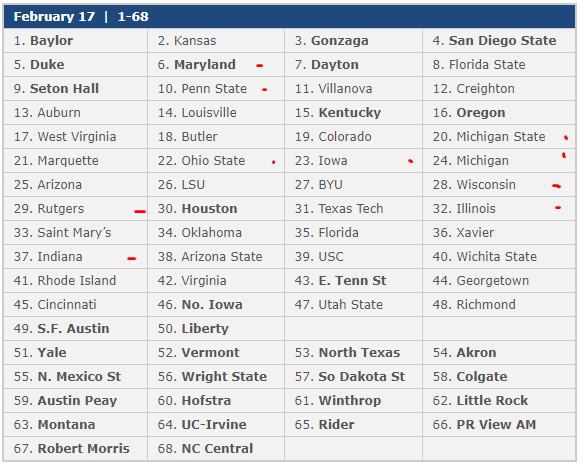 Here’s how I look at it. 5-1 should be attainable the rest of the schedule. M beat both Rutgers and Purdue minus Livers logic says they should win those games with Livers. M also lost that horrible controversial OSU game without Livers by 3 pts. I think everyone agrees with that if Livers was healthy that game it would have been a W. Wisc is Wisc on the road. Should be a W. I believe M has won their last two games at Md. I know at least it was one of the last two played there. M just plays well against Md like Iowa does against us. That would put M at 12-8 and in great shape for both B1G and NCAA tourney.
By the way Ethan another great read.

Looking back at this article that Quinn wrote, I think this could play a factor:

• If two teams have faced each other three times, they can’t be placed in the same region.

Basically, most teams that play in the BTT can’t be in the same bracket. If you have 10+ teams, could get wonk.y

M beat both Rutgers and Purdue minus Livers logic says they should win those games with Livers.

I like what “logic” is telling you. Unfortunately, logic is telling me all these road games are very tough and to go 3-1 on the road down the stretch is insanely optimistic.