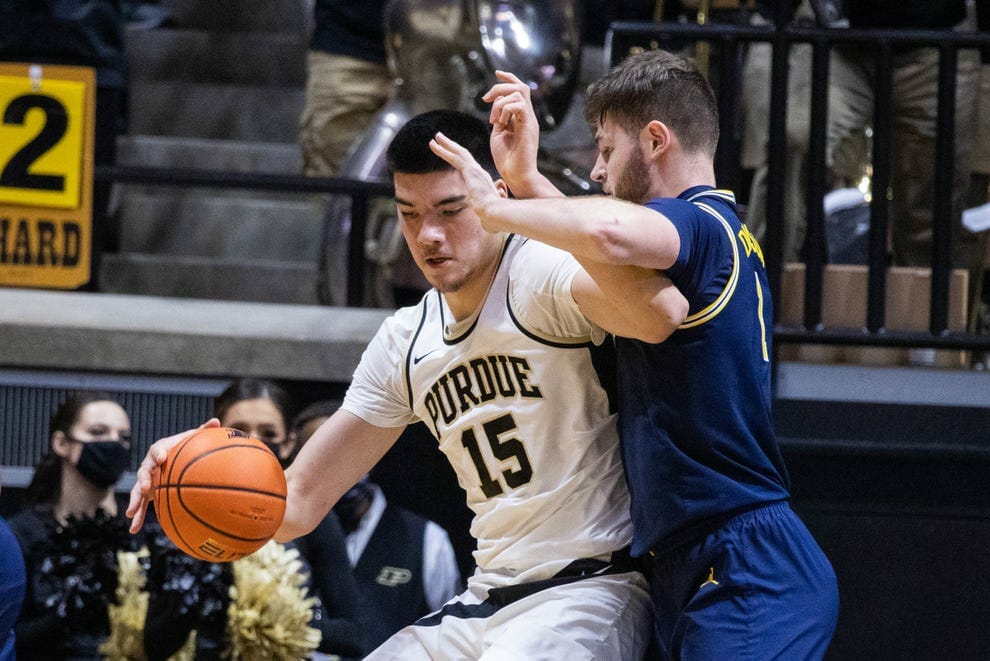 No guards on the first team. Don’t like that format.

How many times has the team with the Big Ten POTY finished 5th or worse? Feels like there is some potential tension there

Hard to believe so many of the beat writers apparently did not watch Indiana play last year. But apparently they did see the few good games they played in the Big Ten Tournament.

Only writer to pick their team was an Iowa guy

To be fair to him, his ballot makes some sense. If Kris Murray is the Big Ten POTY, why can’t Iowa win it? At least he also picked Kris Murray. I respect it.

I’m just shocked that I’m the only person who picked Indiana 4th. 27 of 28 other writers have them top three. I don’t see them as that secure of a pick at all.

No guards on the first team. Don’t like that format.

I’ve never understood this complaint. The First Team should be the five best players. It isn’t a team that is meant to play a game.

Xavier Johnson shouldn’t be on the first team just because of his position.

The second half of the opening sentence gave me a jolt…but that’s a typo?

I would have expected a few more FOTY votes (not sure how Tre Hollomon ended up with one) but not sure that’s a major snub.

Yeah I’m kind of surprised at how much of a runaway FOTY was. There are other guys on Indiana that are going to have high usage. Not sure what kind of numbers JHS will be able to put up.

The more obvious read is that he’s a projected starter for the conference favorite and the highest-ranked incoming recruit in the league. Generally leads to a runaway.

It’s not like many people voting in the poll are particularly familiar with freshmen coming into the league at other spots. 247 Composite is a natural starting point.

Like maybe Brice Sensabaugh makes a ton of sense but I’ve never seen him play and he’s not rated as high as JHS so am I really going to vote for him?

I understand what you’re saying but there are still positions on the basketball court and just to make it simple G F and C. In a football season if we didn’t have any good WRs should we just put 2 more RBs on the all big ten team? If there are no worthy QBs maybe throw in an extra OL.

It makes sense that Murray would be POY if Iowa somehow wins the Big Ten but it’s also the most homerific pick I’ve seen ever in these polls. There’s literally zero reason to think Iowa can win the Big Ten. They’ve never even contended for a Big Ten under Fran despite having Garza and Keegan Murray. I would be utterly shocked if they’re in the mix.

There’s literally zero reason to think Iowa can win the Big Ten. They’ve never even contended for a Big Ten under Fran despite having Garza and Keegan Murray. I would be utterly shocked if they’re in the mix.

They finished 3rd two years ago and 4th last year. I could probably be more convinced by a case to pick Iowa to win the league than Indiana.

I’d honestly rather see people like Purdue, Iowa, Michigan, Illinois, whoever picked. The idea that IU is this much of a consensus favorite is just a bit crazy to me.