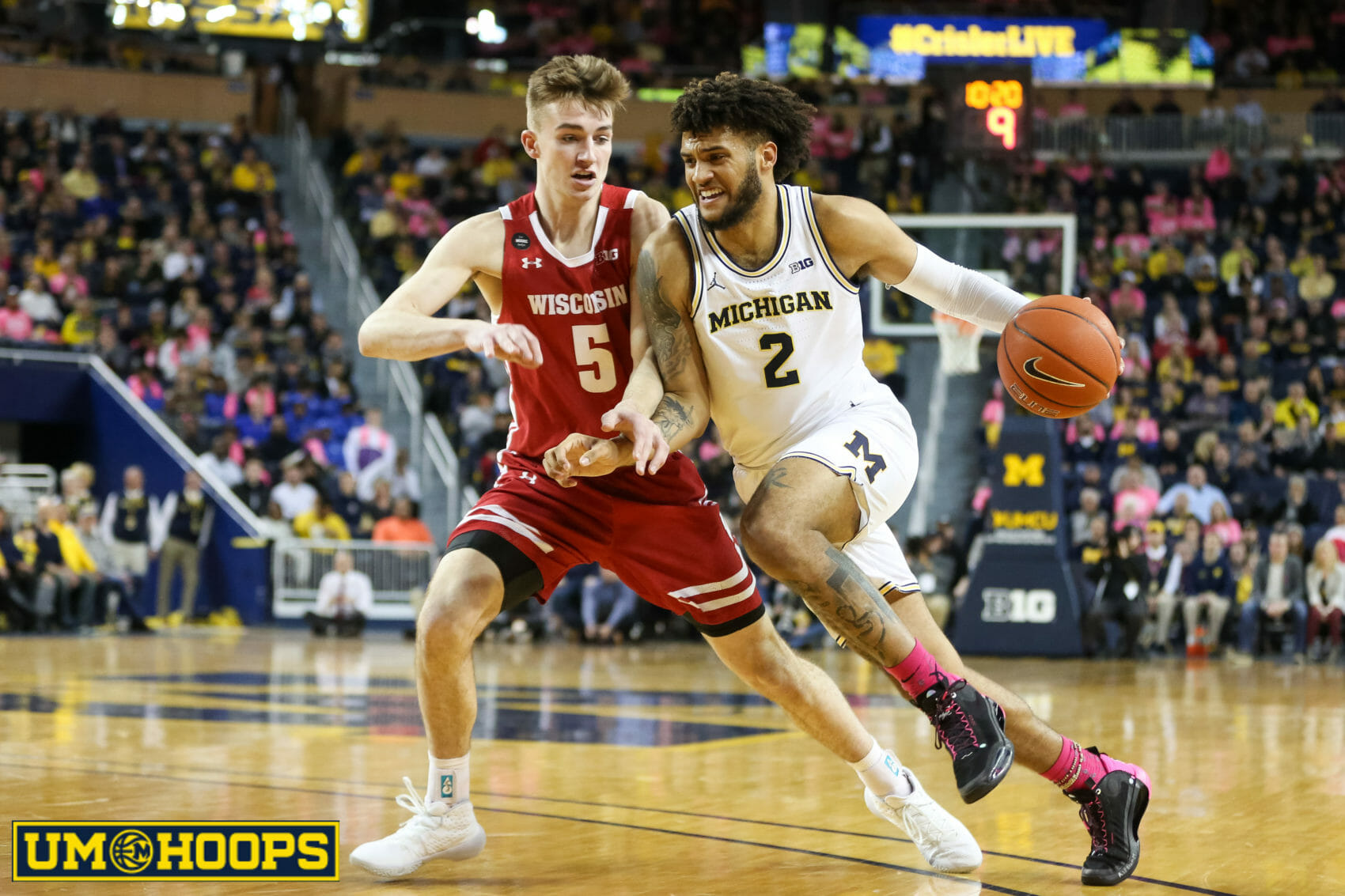 Livers, Wagner yet to make draft decisions as Michigan tries to navigate new...

Isaiah Livers and Franz Wagner might not be considering their futures just yet under normal circumstances. But with the NCAA Tournament canceled due to the COVID-19 pandemic, the question in front of them is whether to return for another year of...

A few years ago we could expect players to return that weren’t expected to be drafted in the 1st round NBA draft (top 30-35).

The last couple years has changed such that a majority of players expected to be drafted in the 1st 2 rounds (top 60-70) go to the draft.

Now players often decide to leave even if they don’t expect to get drafted.

Who knows what kind of world we’re going to be living in when late August comes and classes are supposed to start? If you’re a player that’s likely to get drafted in round 2 it might be a lot more enticing to go pro now and try get into an organization that’ll guarantee you top flight health care and money in your pocket instead of rolling the dice that another college basketball season is going to happen.

My only worry between the two is Wagner. If it’s not looking like the US will be ready to start their seasons on time, I could see him going back to Germany (Assuming they’ll do better with covid than we will) just to get games in and be ready for next year’s draft.

I don’t think going back to Germany would really make sense for him at this point, certainly not if he wants to get to the NBA (and he does). The options are try to go to the NBA now or wait.

Only way I could see him in Europe is as a draft and stash. Still doesn’t make a ton of sense though.

Livers, at a minimum, will test the waters and declare as an entrant for the Draft.

If that’s what he wanted out of his life, he would have chosen it last year instead of coming to the US for college. It’s possible that he got a taste of it and doesn’t like it, but that wasn’t my impression of things at all from what we could see.

I’m not saying it’s because he is unhappy with college. But if there’s uncertainty about the start of next season, why wouldn’t he consider going to Germany (if they are able to play)?

If he signed in Germany, he would then have a contract that an NBA team would have to buy out. It is unlikely that a German team that he turned down 9 months ago would want to then sign him just for a year. Overall, just doesn’t seem like an option that makes sense for anyone.

Wonder how it will even work with players testing the waters when there’s no way to know for sure when the draft will be or if there will even be a combine or individual workouts.

It’s possible the NBA season (if there is one) won’t end till the late August so will they do the draft after the season like normal. But, then when would players have to decide by if they want to stay in the draft or not?

You will give up on college basketball because of players leaving early? That doesn’t seem logical to me since players are now required one year removed from high school to make that decision. Did you watch college basketball before the one and done era which started the year after King James?

Was watching M/OSU last night, and Jawun Evans – man, what a talent. Say what you will about how precisely young talent is distributed between the NBA and NCAA; there’s still a ton of very impressive players to watch, coached into great offenses and defenses and playing in highly contested rivalry games that mean a lot to them. It may not be the ideal setup but it’s still pretty damn awesome.

I wonder how the pandemic impacts their decisions. For Wagner, you assume he originally intended to be here for more than a year, but there’s no guarantee there will be basketball in the fall. One big question is whether, if they are drafted and sign contracts with NBA teams, they’ll get paid regardless of what happens. When you have a 10-15 year period in which to make money playing basketball, you might figure to just get it started already. Franz specifically may feel like being home until further notice, although he’s stayed here and his parents flew back to Germany, according to BQ’s story. Seems logical to assume he could sign a one-year deal with Alba Berlin?

Edit – their mom is still in DC with them, I guess.

Great piece by BQ there, with so many little useful little bits of knowledge. Sure is tempting to read between the lines there about sentiment from the Wagner camp, Livers, DDJ, etc.

Sucks that Franz may not get the full Camp Sanderson experience, which would clearly benefit his game and stock.

I stopped watching the NBA at the exact same time and haven’t missed it one bit. I really hope I never get to that level with college hoops

The NBA is way better now than the late 90s.

I liked it better five years ago.

Oddly enough in the early 90s they said the same about the 70s. It’s something that can’t be proven, only opinion based statements can be made.

It’s actually a straight up fact to say the players of today are more skilled and athletic than 90s players.