Michigan State 💚 don’t want me there so i been hanging at UofM 💙💛 #scriptures #june7th https://t.co/RU8b6T7Jyy 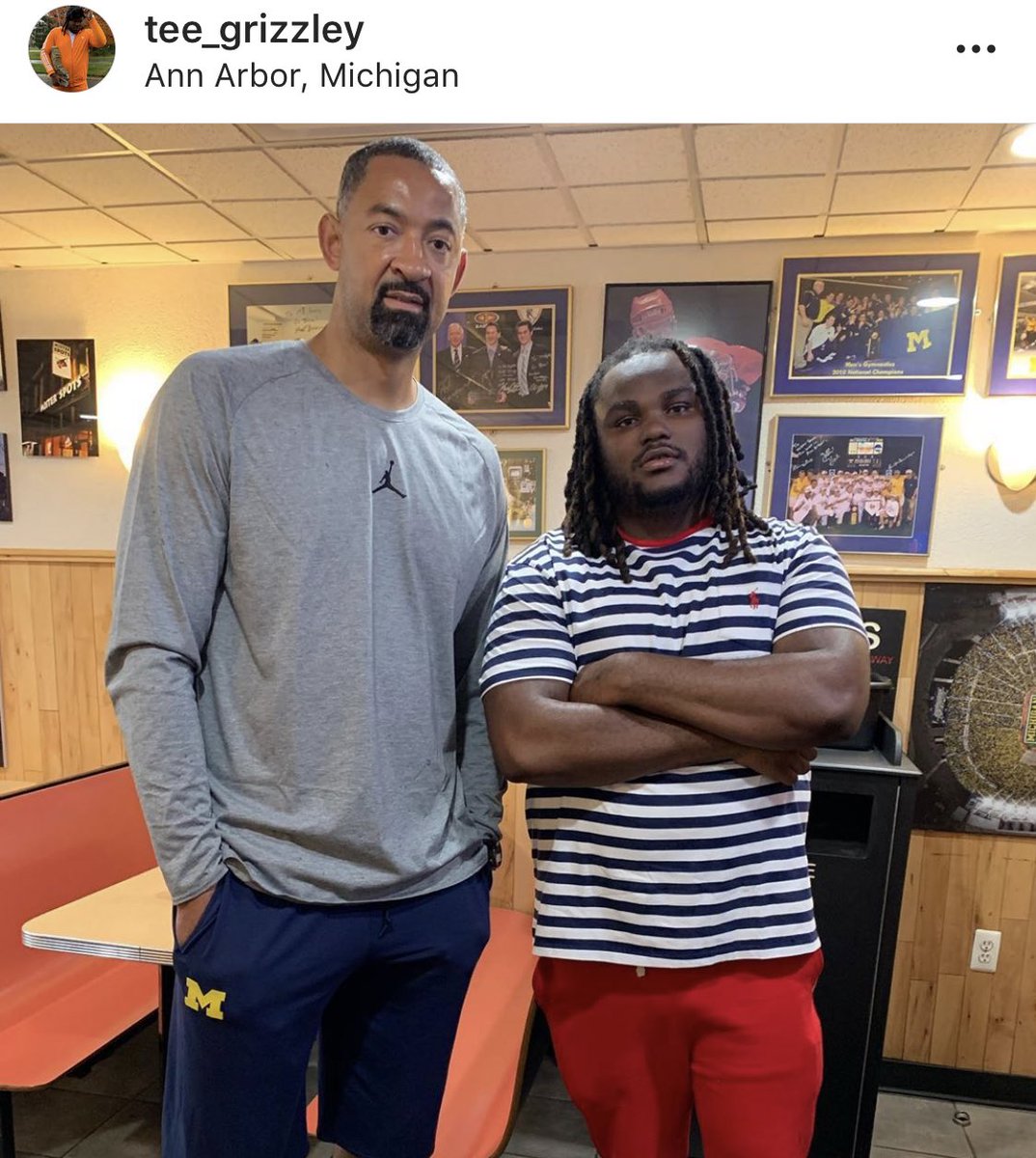 I hope this is just a random photo-op and Juwan had no idea who this guy was at the time.

I’m willing to bet the amount of users on UMHoops who know who Tee Grizzly is 5%, maybe.

I suspect that Juwan had no idea who that dude is, he looks pretty puzzled in the picture.

I love rap and I’ve never heard of him.

First Day Out is a banger. It’s his top song. Check it out.

I like quite a bit of rap but that was awful. Sparty can have him back.

I’m assuming though, that Mr. Spots already has a large signed Juwan Howard photo on the wall?

It grows on you after your teenager plays it a few hundred times.

Not the worst, but he’s really boring. Not my style, but to each their own.

It’s just a matter of time before the kids start listening to Joan Baez and Engelbert Humperdinck again.

Not a big Tee Grizz guy either. Agree that he’s just sorta boring. One of the biggest rappers from the state right now though – at least in terms of ‘up and comers’, nowhere near an Eminem or Big Sean. I prefer Danny Brown to all three by a lot.

I’m going to a Josh Groban concert this weekend! Oops, sorry this is the Tee Grizzley thread and I sure don’t want to highjack it with a bunch of Josh Groban talk!

I’ve never felt as old as I feel right now.

Yeah personally I feel like he does hardcore talking rather than rapping. I don’t mind it though haha

He’s a big time rapper from Detroit and I did some musical work him . He’s known. You guys just don’t know him.