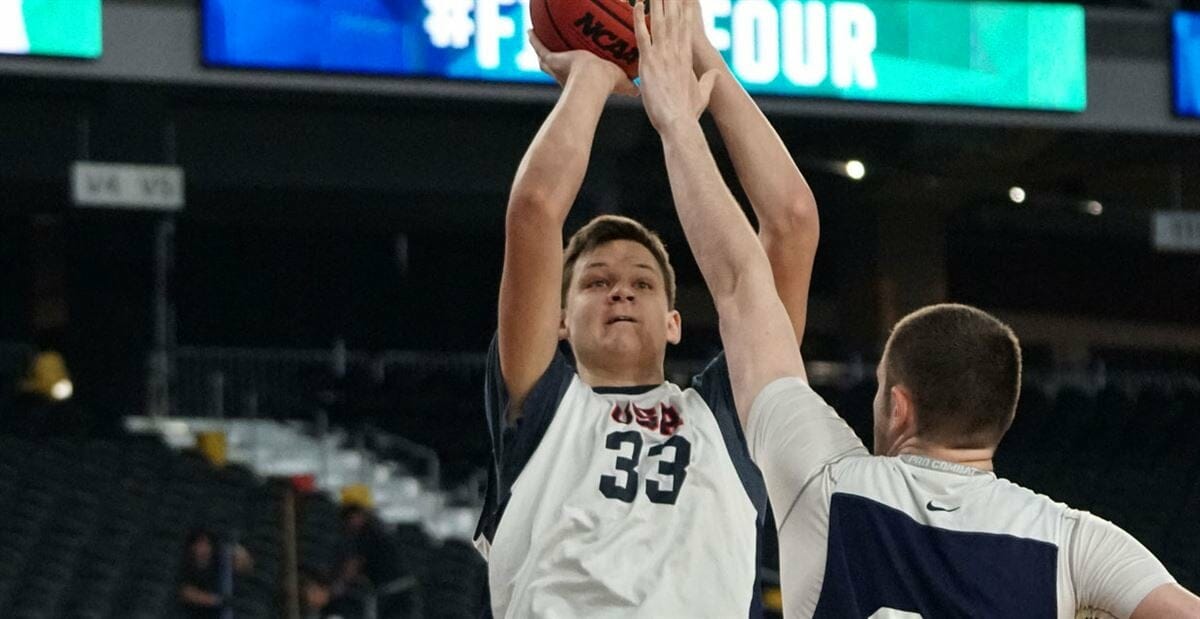 Five-star big man Walker Kessler is one of the top targets on Michigan’s recruiting board. The Georgia big man announced a list of six finalists today — Auburn, Cal, Duke, Gonzaga, Michigan and North Carolina — as he continues to move closer toward a...

He remains my biggest wish for this class. Awesome skill. Will be needed immediately with Teske graduating. Reminds me a bit of Moe Wagner.

Hilarious to see his grassroots team run BLOB plays to get him running off of screens for a three. I don’t think I’ve ever seen that from a 7-footer.

His skill is tremendous. He’s not super quick (and doesn’t really get involved in transition) but so natural scoring the ball from different spots on the floor.

Maybe a dumb question - Why is Kessler only ranked around 20th nationally? He looks like a top 5, top 10 at the lowest prospect to me.

I don’t rank prospects, but I would assume the downside would be his athleticism and that he isn’t really an elite rim protector.

He’s No. 16 in 247 Composite so it isn’t like his ranking is poor. I also think that NBA potential starts to play a bigger part in the ranking process at that top 10, top 15 level.

Will be needed immediately with Teske graduating.

I’m optimistic about Castleton, though perhaps you’re suggesting we need 2 at all times, which isn’t unreasonable.

That highlight tape was incredibly impressive, dang. Dude was running off screens and Iverson cuts as a 7 foot, 17-year-old.

Got a bit of a lanky Kevin McHale thing going on there, for my old guy money. Those long arms on those layups are unfair!

I thought the same thing watching the video. Can you imagine a Sanderson-ized McHale? (Not that McHale really needed it.)

Very light on his feet. Watch his backpedal.

McHale is up there with the best players ever, but having such an array of low-post moves at 17-18 is phenomenal. I think that a kid with a certain kind of frame is almost assumed to be a little awkward, and–hell, like all kids who go through phenomenal growth spurts–sometimes is. But as bebopson says, there’s something pretty supple about his movements.

Agreed he seems like he’s another guy that a good strength program could really add functional athleticism. His coordination at that size imo suggests he’ll respond well to being asked to do explosive movements in the weight room.

I liked hunter more the first films posted on here a year or two ago but now I see why people like walker more. I still really like Dickinson and would love to add him but walker is more impressive at this point.

Kid is really special and I agreed with the poster a few posts back that there is no way there is 15-20 kids better than him in that class. I don’t believe it for a second.

He’s a fool if he doesn’t pick Michigan. Jk.
Seriously though… Juwan Howard was a magician in the post at a young age. Great fundamentals, great feel, average athleticism (relative to NBA talent), and a great guy. Only a matter of time until one of these prized Bigs take advantage of what Howard offers.

To your point excited to see what Teske does this year with some Big Man coaching.

Absolutely! I keep saying this! Again, Juwan was a high school All American, himself, who played on an iconic college basketball team, played in the NBA for 19 years, was an All Star in the NBA, and coached and developed young players in the NBA. In addition, he is an outstanding human being. With ALL of his talent and success, he remains incredibly humble. He is honest, he is down to earth, he is real.