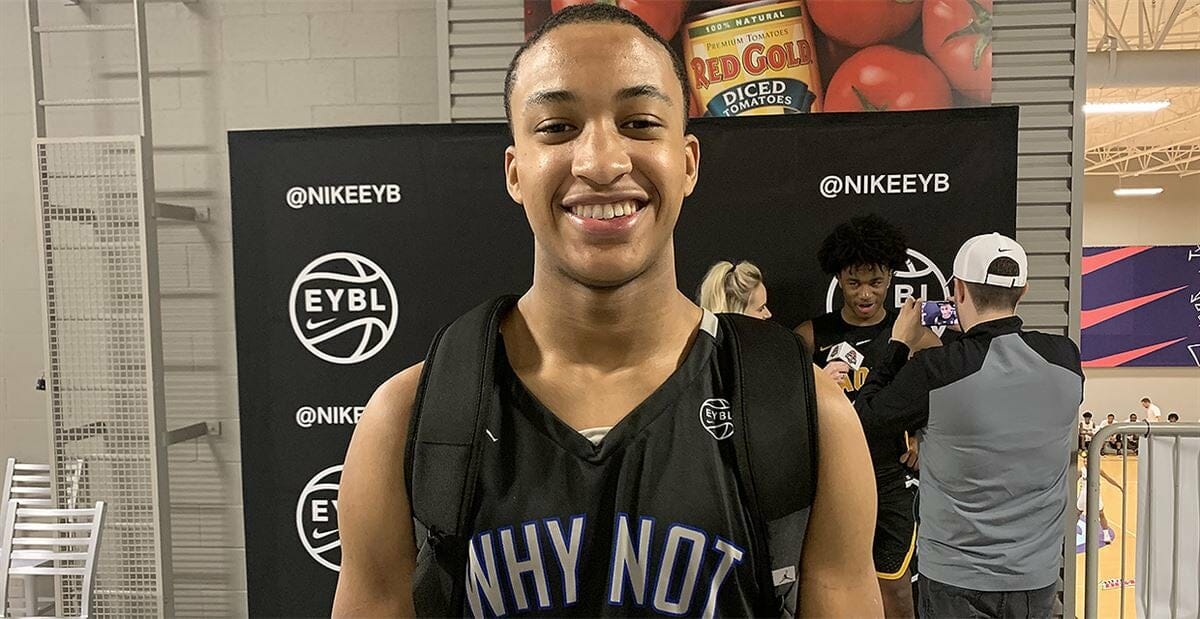 Five-star guard Nimari Burnett averaged 16 points and five rebounds per game at the Nike Peach Jam as he helped Team WhyNot to the championship game. While his squad lost in overtime in the title game, Juwan Howard and his staff were present to...

Absolutely love this kid’s game. Think he’s definitely better off the ball as a combo than on the ball full time as a point guard, but he’s able to score in so many different ways. Love that he can give you a couple extra buckets per game posting up a guard, crashing the offensive glass or with a hard cut to the rim.

I love the way he crashes the offensive glass. Oustanding player. Besides Jabri (now going to Virginia) Burnett was my favorite prospect in the class.

I feel like he is the 5* wing/guard that we have the best chance with. It sounds like we have people in his circle who like Howard/Michigan. We arent recruiting against any family ties elsewhere. There arent any specific blue bloods to beat out. I would really love to land him. I love his game and how he could potentially slot in next to Zeb

Agree 100%–I love his game and versatility, and he’s certainly more of a combo than a straight ball dominant point–and he plays HARD, which is something you don’t always see in kids who have been highly ranked from a young age. Not the greatest perimeter shooter on the planet (about 30% in eybl), but some of that is likely shot selection (he took about 5 3s a game, which is a lot for someone who is more an attacker than a catch and shoot guy), everything else is great, and I think he’s got the stroke and range to get better from distance (almost an 80% free throw shooter). He’d be at the absolute top of my list from an immediate help perspective.

Love the kid’s game. I think he’d be a perfect fit for Michigan and a great complement to Zeb, or vice versa.

I also like the number he is wearing. There was another young man who was a high school All American and who came to Michigan. He played on an iconic college basketball team, then he went on to the NBA where he played for 19 years and was an all star. After that outstanding NBA career, he returned to his beloved alma mater as the head coach. I would think it would be a tremendous honor to wear that man’s number and play for him at Michigan. “Number 25, Juwaaaan Hoooward!” “Number 25, Nimariiii BurrrNETT!” Sounds good to me.

Agreed. Burnett needs to be huge priority for the staff. Get him and one of the top bigs and it is a very solid first class and anything more is gravy.

Get Suggs to go with him . It would be nice.