Jordan Poole has arrived, and so has Michigan's ball screen offense 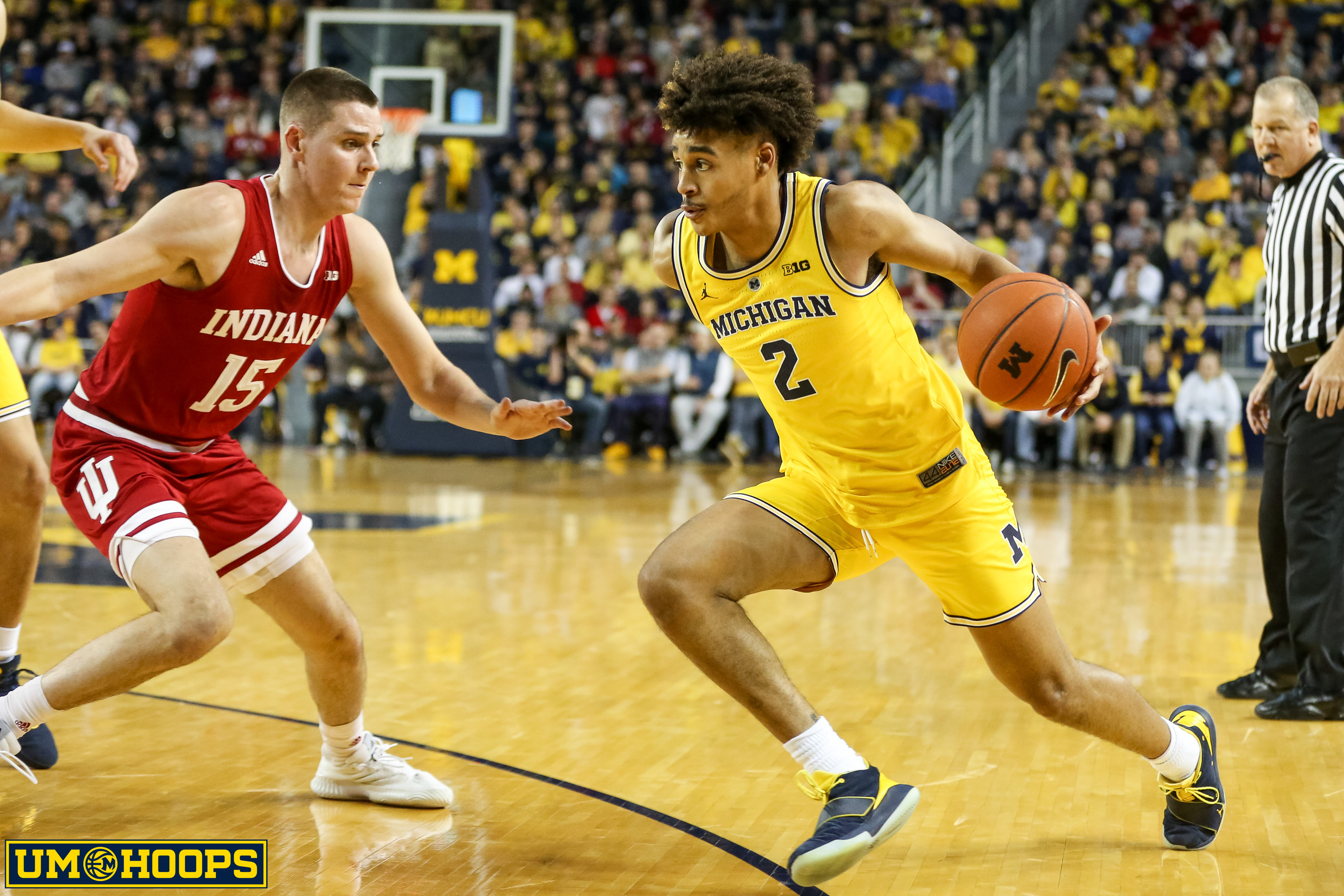 Jordan Poole has arrived, and so has Michigan's ball screen offense | UM...

We always knew that Michigan could play defense. The Wolverines had a defensive reputation before the 2018-19 season began and cemented that rep as a suffocating defense in November. Now we know that Michigan can score too. While the defense has...

That versatility and flexibility makes it significantly harder to define a simple defensive gameplan. It might be possible to draw up a perfect plan on paper — go under vs. Simpson, trap Poole, drop vs. Teske, switch vs. Livers, etc. — but a list of rules that complicated is tough to teach, implement and execute at the college level.

Some team along the way will figure out an adjustment that works and thwarts the Wolverine offense, but there are always more adjustments and more options which is what will make the Wolverines so dangerous over the next three months.

Good luck facing Michigan in the tournament. You either get Beilein with a week to prepare against you or a day to prepare your defensive gameplan against this offense.

As always great analysis. I’m in total agreement with you on JP. I thought he would start developing more quickly once he grasped the defensive end. Has a smooth shot and if you play him for the three he will drive by or now find the open man. I will enjoy watching him while he’s still here for sure.

X is such a good passer that he’s the most efficient ball screen guard in the Beilein era (and thus most likely Michigan hoops history)? Crazy.

I’ve been wanting every single halfcourt possession to be an X or Poole PNR just based on eye test, but I didn’t realize they were quite as good as they are

3 of the 9 best Michigan ball screen players are on this team. That has to be scary for other teams

I believe this is where JB is at his best. The team has so many options with talent and length. In the end I believe this team will challenge for the most talented group of players. As Dylan said…JP has arrived along with Michigan!!

We’re truly in peak of Michigan basketball. Sometimes it’s necessary to just sit back and appreciate that fact. Coaches like Beilein are rare as hell.

Really nice analysis, Dylan. What a fun time to be a Michigan hoops fan.

You’re damn right about this. On message boards like Reddit and Facebook I always see people talking about how we need Luke Yaklich to take over once Beilein retires or we need to get Patrick Beilein to take over but the truth is neither of those guys right now are anywhere close to what Beilein is now so hope and pray that he keeps coaching for another decade and is able to keep reinventing himself and his approach to coaching.

So is ball screen offense actually fairly inefficient in general? It looks like it’s tough to reach 1.00 PPP.

Important to note that Synergy stats are what I call “per play”… they call them possessions, but they are calculated differently than how we (and KenPom, etc.) calculate possessions on a game-by-game basis. Essentially, Synergy calls an offensive rebound a new possession (hence why I refer to it has play).

So the Synergy numbers will always be a bit lower just because they don’t include second chances.

You also have to remember that different play types have a bit of a different scale and expectation. Obviously transition offense or cuts to the basket are going to have much higher points per play numbers because of the situation.

Overall, it is really tough to compare the overall Synergy numbers to the PPP numbers we use game-by-game for a combination of these reasons. That’s why the percentile numbers are always helpful because they compare by play type.

Another point here is that spot-up threes created by pick and roll does not count towards the general PNR stats, right? (besides the including passes metric you used).

These are the numbers that include passes.