Well deserved honor for John Beilein at the Final Four. 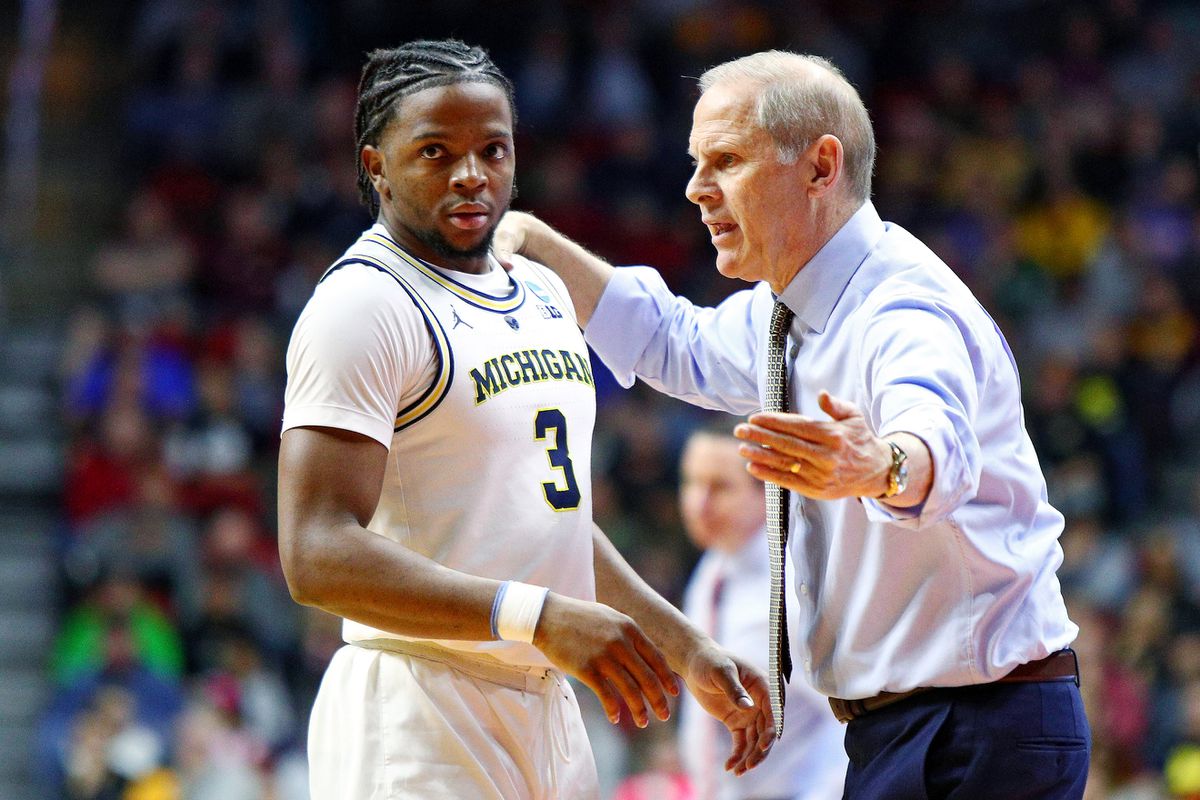 Beilein was given the John Wooden "Keys to Life" award.

Funny, I was comparing the two of them earlier. . . and finding Wooden wanting!

Funny, I was comparing the two of them earlier. . . and finding Wooden wanting!

I know I’m spoiled by having Beilein as our coach, because my honest reaction to this is “how did it take so long for him to win?”

People were calling for him to be fired or for hin to retire just two seasons ago. Look at every post in the forum after Michigan loss To Illinois D walts senior year. I know that this reply is late but I had to reply.

I’m well aware. Are you suggesting that’s a reason he shouldn’t have won?

I just get sick and tired of people complaining. First it’s the recruiting. Then it was about beliein not recruiting pros. Then when recruit talent and they leave for the pros- people complain. People also give up on players way too early. DJ Wilson is a prime example. When Stu, Zack and j moe was recruited. People complain- one poster even told J Mo’s mother ( she can vouch) that her son sucked and was not worth a Michigan offer. I see it all the time. Now everyones back to saying beliein is a good coach. UM has the most fair weather fans. I’m not trying to cause a stir because this is a old post but I’m pointing out the obvious and voicing a opinion. It is a observation. I even read post where people who most likely never recieved a D1 or played a lick of organized basketball call some recruits untalented or say that they are a good fit. Boy did you see when Austin Davis got offered and committed? Duncan Robinson made it pro, people said he wouldn’t. I’m happy he’s our coach as well. He does it the right way. Didn’t mean to rant.

PS… If anyone replies with negativity I would not respond to you.

Another conversation you are about 2 years late to the party on?

I was not talking to YOU. Have a nice day sir. Yes, my reply is late. I already addressed that. I’m learning the site. Some post show as new post. Anyhow, have a bless day. I’m not trying to get blacklisted from this site over MY opinion, even if it was too late. Sometimes the post show up as new post. That’s why I replied. Hope all is well.

Don’t worry, I’ve been a vigorous “Beilein apologist” for years. I get as frustrated as you do at that kind of stuff.

So you post 2 inches worth of opinion, but aren’t open to challenge. That’s quite the sheltered world.

Welcome! We already have a guy that capitalizes words he wants to emphasize.

We are so lucky.

You said “If anyone replies negatively I will not respond” and then immediately responded to @MattR11’s comment lmao.

Regarding the whole topic… I mean if Michigan kept going at the pace it was going at there would’ve been an issue with the program. Luckily Beilein adapted. Many don’t. Good for him.