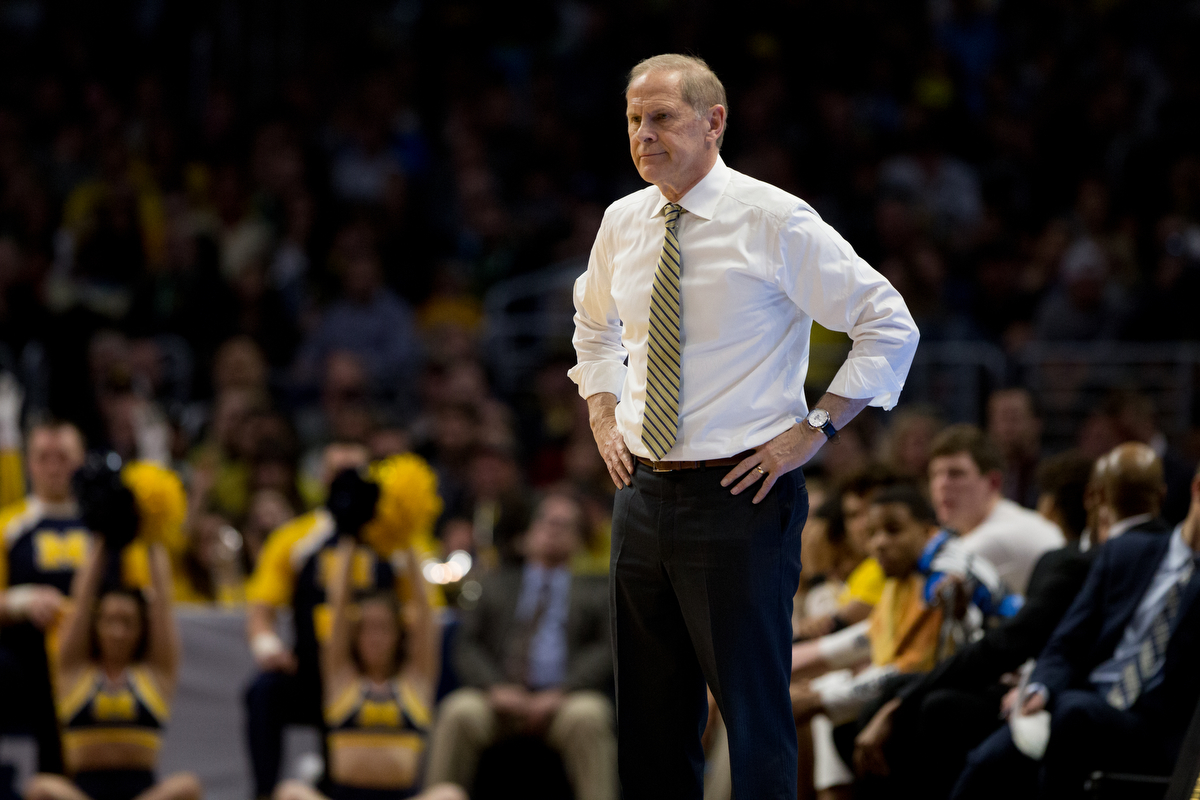 Wow. Glad to hear the surgery went well. Hope for a healthy and speedy recovery!

Wow… pretty serious stuff. Best of luck to Coach Beilein for a full and speedy recovery!

Sounds like this was a scheduled procedure, but worth noting that Beilein’s father had his fair share of heart issues. Probably smart to be proactive.

Arthur Beilein outlived four pacemakers. To this day, his children aren’t sure how many heart attacks he had. They were as commonplace as Sunday Mass - Art would get rushed to the emergency room as the family waited with silent prayers. Once John had to rush home from Wheeling, hitchhiking from the Buffalo airport to get back to Newfane.

But Art always pulled through. Then he’d hop right back on his ladder, picking apples or painting the house, ignoring doctors’ orders.

That was Art. He worked 35 years at a box factory in Tonawanda, climbing from laborer to plant supervisor. Those who knew him describe a gentleman - starched shirts and a congenital politeness that seemed hackneyed, but was genuine.

Based on snippets in interviews about his exercise, seems like Coach Beilein lives a pretty healthy lifestyle, so that should definitely aid in his recovery. Glad to hear that it a was successful, and a preemptive versus emergency, procedure.

Prayers for Coach B and his family. Thankfully this procedure was performed at one of America’s best hospitals by exceptional surgeons in this highly ranked cardiology department. It sounds as though this was a planned surgery designed to insure Coach B’s future heart health. Again, prayers for Coach B, and may this procedure help him to live a full, healthy, and energetic lifestyle for many, many more years. Blessings to the Docs, Nurses, Techs, and the Beilein family.

I’m surprised that half of coaches don’t deal with these issues. Heck, I’m surprised that guys like Huggins and Bruce Pearl aren’t dead. It’s a stressful job and no matter how much you take care of yourself, that stress can take its toll.

Unless you’re a vampire like Pitino or Coach K.

Best of luck to Coach B.

This was not “planned” until it had to be.

I’m no doctor (far from it) but I still think it is notable that it was a “scheduled” procedure rather than an
“emergency” procedure.

No one undergoes a double bypass unless they have to. The distinction in saying it was scheduled is that this is not a case of Beilein having suffered a heart attack or of getting to the point where he had to go to the emergency room immediately.
This was a proactive procedure to keep him from getting to that point, which doesn’t mean it wasn’t serious or that they didn’t act fairly rapidly.

Yes, I smell lots of spin from the UM athletic department. My interpretation is that JB felt a little sick last week and went to see his doctor. The doctor ran some tests, then more tests and concluded there was a significant problem. He said to JB, “you should have this surgery real soon, how about next Monday?”. So they are claiming it was scheduled which is technically the case. But to me, it was a semi-emergency kind of thing.

On the other hand, JB has always looked good and functions at a high level. So presumably he bounces back quickly and well.

I think with Pitino, you mean “Vacated-pire” (holy roar, that was a stretch…)

I think with Pitino, you mean “Vacated-pire” (holy roar, that was a stretch…)

You better include Izzo on your list. A volcano looking to erupt when he gets riled.

Do we have any updates on how JB is doing and his recovery time-table?