In Iowa, a test for Juwan Howard's defensive philosophy 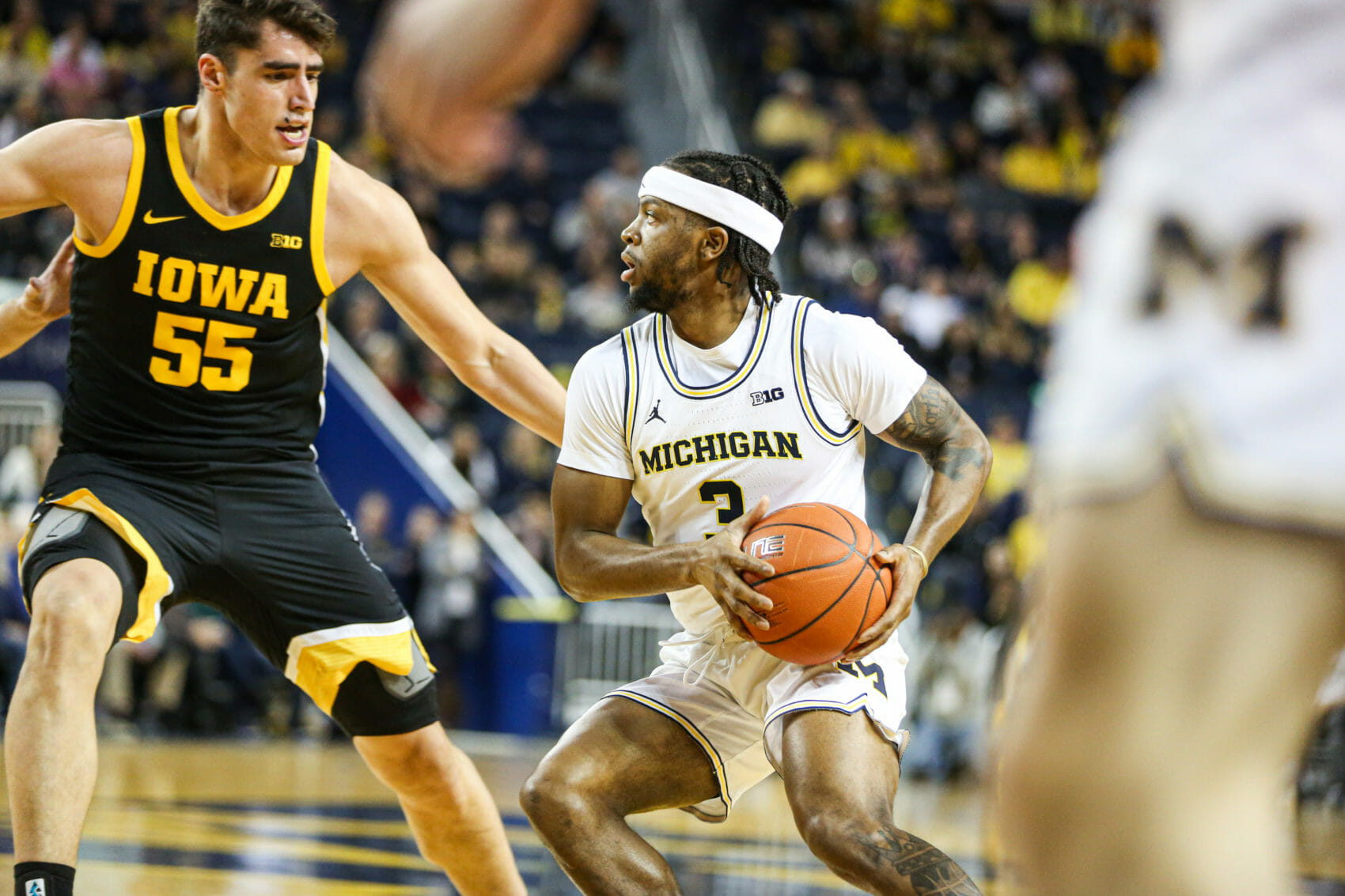 By now, you’ve heard some variant of the stat. Opposing big men in the Big Ten are averaging 29.8 points against Michigan and pulling down 11.2 boards. On Sunday afternoon, Minnesota’s Daniel Oturu hung 30 on the Wolverines and they filed out of...

in the NFL if an offensive lineman getting bullied, you have a tight end chip block him on a temporary double team, I don’t see why Franz Wagner can’t cheat and help out from behind on a big going in for the kill at the rim… at least that way you force the big to be a passer instead of attacking the rim every time

I’m going to be most likely in thee minority here but against Iowa I’d like to stick to the same strategy of not helping,

Doubling or hedging over to help was a strategy that should have been used ( particularly after they were both dominating us down low one on one) against Illinois, and Minnesota and possibly against Purdue but that would have been risky.

Those were no brainers to me and we bailed both those teams out by playing it that way and not adjusting quickly after seeing oturu and cockburn get in a zone down low if we even played any possessions like that period.

I would much rather have seen those two squads wings prove they could hit the deep ball consistently before watching each future nba big man get hot and really roast us on the block.

Iowa on the other hand I’d prefer round two of Garza going in at teske. My logic is that we already took Garza’s best shot last time and I don’t think he can play better than what we saw, couple this with the fact that teske is really not this bad on post d. I think it’s a combo of fatigue, being in a rut , and bad luck a tad. I think teske hears the chatter and will be out to prove he is a good defensive big man and really come to play on that end.

On top of that I feel like without bohannon they really only have weiskamp to create a look off the bounce or on his own. I’d be more worried about Garza getting their roster going on face up threes after we double team then guys beating us off the bounce or one on one. This coupled fact that they stink on d and I expect us to finally break through and score In the mid 70s or higher on the road. I can’t see them matching us in points with how their built unless we allow them to get hot from deep.

I’m ok with even mixing up the looks here and there but this is probably the one team outside of state id lay off the double team.

I’m going to be most likely in thee minority here but against Iowa I’d like to stick to the same strategy of not helping,

Doubling or hedging over to help was a strategy that should have been used ( particularly after they were both dominating us down low one on one) against Illinois, and Minnesota and possibly against Purdue but that would have been risky.

Yeah, this is a pretty good point. Wieskamp and Fredrick are about as good as it gets as far as knock down guys.

You can cheat off of Toussaint (or Evelyn) though. McCaffery… playing with fire. He hits enough to keep teams honest.

Iowa is not the game to change defensive ideas imo. On the road it’s dangerous to give Garza the twos and try to beat them on offense, but I think that’s much preferable to the alternative of Wieskamp/Fredrick drilling open threes.

Agreed. I guess more people in favor of this than I thought.

I’m sure if you checked Twitter you’d have a completely different response, but I think this board is more reasonable and has a better understanding of the risks of doubling against Iowa.