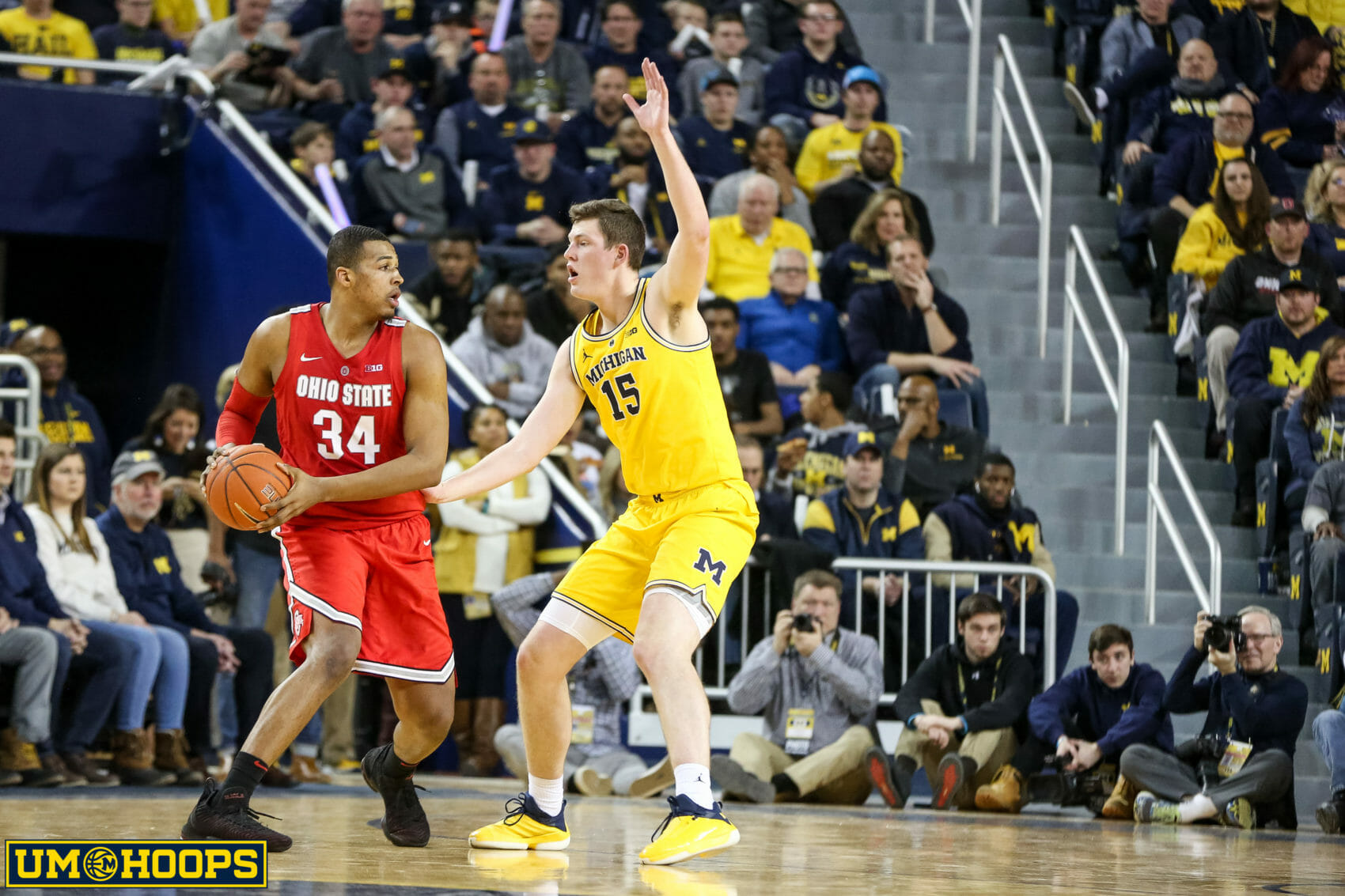 Michigan and Ohio State are tied in the Big Ten standings at 4-6 and share the distinction of being ranked in the top five nationally in non-conference play and experiencing a four-game losing streak. The Wolverines and Buckeyes have both...

This is a HUGE game. Gotta win this to keep the momentum going and boost our NCAA chances.

I hope Crisler is packed to the gills and the fans are ready to leave the game hoarse but happy because of it; Blue will need every edge they can get.

Pretty obvious, but massive week for the team. Hopefully Isaiah can play, but I get the feeling X is going to really show out this week against rivals in a key spot.

I don’t think we need to win this for a better chance to make the tournament just to keep enhancing our seed.

Those are the same thing to be fair.

Interestingly enough, Torvik has us as a 10 seed with these results:

An additional road win moves us up to a 8 seed. An additional win vs OSU moves us to a 7. So that’s probably the realistic range. With missing the tournament only if we completely collapse. Rutgers win was big.

There is a looooooot of basketball left to play.

I think our ceiling is a #4 seed with a great run to end the year. I think we’ve learned by now that winning the Big 10 tournament is really meaningless for moving up the seed lines. They have you placed by Friday.

They by no means have a tourney bid locked up. Every game left on the schedule is loseable including the first round of the BTT. They need to pick up a minnimum of 5 more wins which is certainly doable, but not at all guaranteed, especially if Livers is out until March.

I was assuming Livers would miss this one given the short turnaround from the Rutgers game, but he was briefly mentioned in the preview. Dylan, do you think there’s a reasonable chance that he could actually play tonight?

No idea. Juwan has said he’s day to day for the last month and a half. Not much more to go off of than that.

Hard to mention him or not mention him in previews and figure out how to write that stuff. I throw something in where applicable and I think best to look at it as what UM would gain with him or lose without him.

Ok, thanks Dylan, makes sense. Feels to me like a low probability that Isaiah plays tonight, but who knows, maybe we do end up getting pleasantly surprised.

As for tonight’s game, hard for me to envision Johns playing as complete a game as he did on Saturday, but I think X will be strong again, and I love Wagner’s rising confidence. Our defense against Rutgers was also encouraging - now if we could only grab a rebound or two:)

But it is useful to create your own reality!!!

In all seriousness, I would think that most tools that try to predict a bracket by algorithm are going to be less accurate than by humans.

I haven’t seen much Buckeye hoops this year but Caleb Wesson has historically had a short fuse. This manifests in one of three ways: he loses his cool, he wanders away from the paint, or he goes Space Jam. Let’s hope it’s not the third option tonight.

Yeah, seems a little weird to put any stock whatsoever in that thing.

Yeah I mean like Dylan said using an algorithm is not gonna be as accurate as judging the resumes, since thats what the committee does. It’s a fun tool to play with, but can’t really glean much from it.

OT: Does anyone know if there is an inside Michigan basketball tv show this year? If so where can I find past episodes? GO BLUE

Yes, there is. It airs on Sunday mornings on ABC at 10:30. Replays are also shown basically every day of the week on FSD (my DVR can’t seem to figure out the difference between new episodes and replays so I get 10 recordings of the same episode). I’m not sure where you can watch past episodes though.