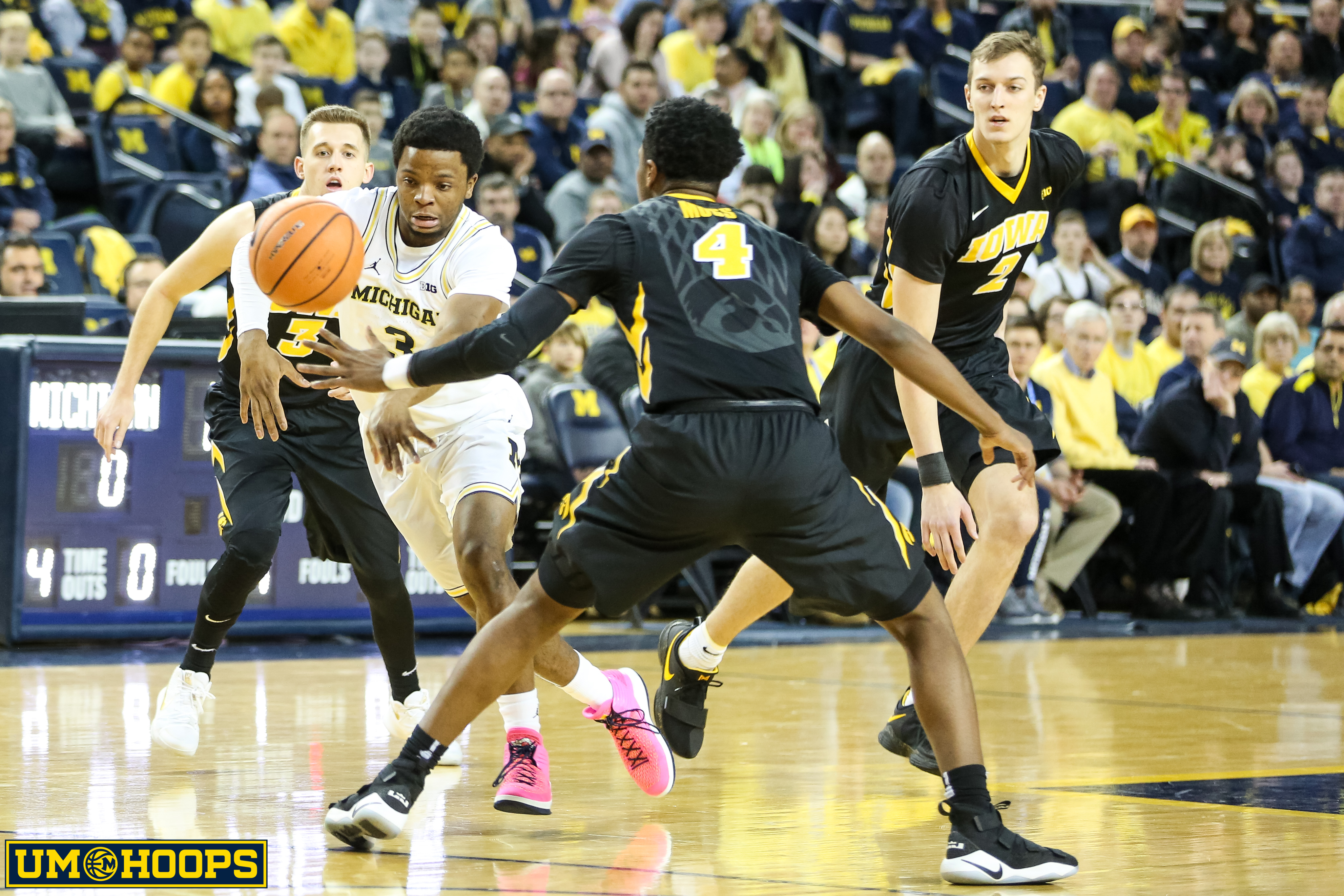 Michigan has only won once in Iowa City since 2011, but that victory came last year. Iowa has already won more Big Ten games this year (5) than it did in all of 2017-18 and should have a chance to make the NCAA Tournament for the first time since...

Simpson should be able to neutralize Bohanan. The heavy switching defensive pressure could create havoc for Iowa. Michigan will probably try to funnel everything to the Iowa bigs forcing tough 2s over 3s. Should be a game where Michigan can run, but there have been some layup finishing issues at times in transition.

If Michigan wins, the result could be similar to the UNC, South Carolina, or Illinois game, where Michigan scores high 70s into the 80s. The pace of the game will be faster, which is a catalyst for somebody like Iggy. Unlike those teams, Iowa won’t really lock up on defense.

Although Iowa presents challenges, it’s not a pedigree team disciplined in clutch time. Trying to remove my homer cap, but would not be surprised to see Michigan easily cover the over, once they grind the Hawkeyes after 30, 35 minutes. 75-65 Wolverines.

This could be a big game for Matthews. Iowa’s inside D is horrible. If he can get into the lane cleanly, resistance will be minimal. Also Iowa isn’t good in transition

This game is a tough read because I’m not sure If Iowa is going man or zone. When Iowa went to extended Zone against Minnesota, it generally led to layups for the Gophers, but man to man D spells trouble against Michigan too.

If Iowa does go zone, and M isn’t getting easy layups, I’d like to see Poole flash into the middle at times. I’d be extremely interested in the results. Could go really well…or maybe not.

Need to make some shots tonight

Anyone have thoughts on the over/under 142?

Kinda feels to me like if Michigan covers, the Under will hit. If not, I think it goes over.

“McCaffery’s team has settled on the combination of allowing a high volume of 3-point attempts (39.9% of attempts, 13th in Big Ten) while also surrendering the highest 2-point field goal percentage in the conference (56.1%).”

The subtle sarcasm got me on this one. I had a nice chuckle haha.

Yeah, both KenPom and Torvik like Michigan by four.

I’m not a gambler either so I don’t know what’s up. I’m also getting my line info from the Yahoo Sports app so that may be inaccurate (I don’t know from where they get their lines). FWIW I just checked again and now it says M -5.5.

Not a gambler either. I’m not greedy. I just want a big W.