Michigan and Northwestern have the early tip on BTN today, starting the day off at 12:00 p.m from the Crisler Center. Read the game preview and then jump into the discussion on our message board.

@umhoops
Armstrong is interesting because this is the first Big Ten conference game he's done, according to KenPom ref logs. Also was in the crew that called U-M at UNC. Kueneman called Cal/Washington OT game yesterday evening in Seattle before a noon tip today. Tough turn.
umhoops January 15, 2023, 4:37pm #3

Missed the pregame media…was anything ever mentioned about TWill’s injury?

Jet-lagged official on 9:00 am Seattle time after a red eye, what could go wrong?

That’s so dumb. They couldn’t find another guy who isn’t running on zero sleep because he was on the other side of the country last night?

Paraphrasing, but Martelli said he banged it up twice in the same spot during one practice… Including once during a walk-through. To me, it sounded like a badly jammed finger/thumb type deal.

At least 2 Jalens in the house today: Rose and Llewelyn.

I don’t know how it is even allowed. There should be some sort of restrictions on time/distance between games for refs. Also, I just traveled cross country yesterday myself and I am not even sure how you can get from an OT game in Seattle to Detroit and then AA by noon…let alone while not falling asleep at the scorers table!!

Just spitballing here but after the pod with Rick the other day bringing in some insight…wonder if he was scheduled for this game with the game time being TBD and couldn’t pivot once a Noon tip was announced this week?

Stop bringing logic into this discussion!

Hunter learned that fadeaway from t will

Jett has been insane

well 4 of 6 NW points have come on absolutely atrocious defense. offense seems to be fine though.

Jett is such an absurd bucket

@umhoops
Michigan's offense picking up where it left off in Iowa City. Wolverines with 13 quick points including a pair of threes from Jett Howard. https://t.co/i9UVScKqYY 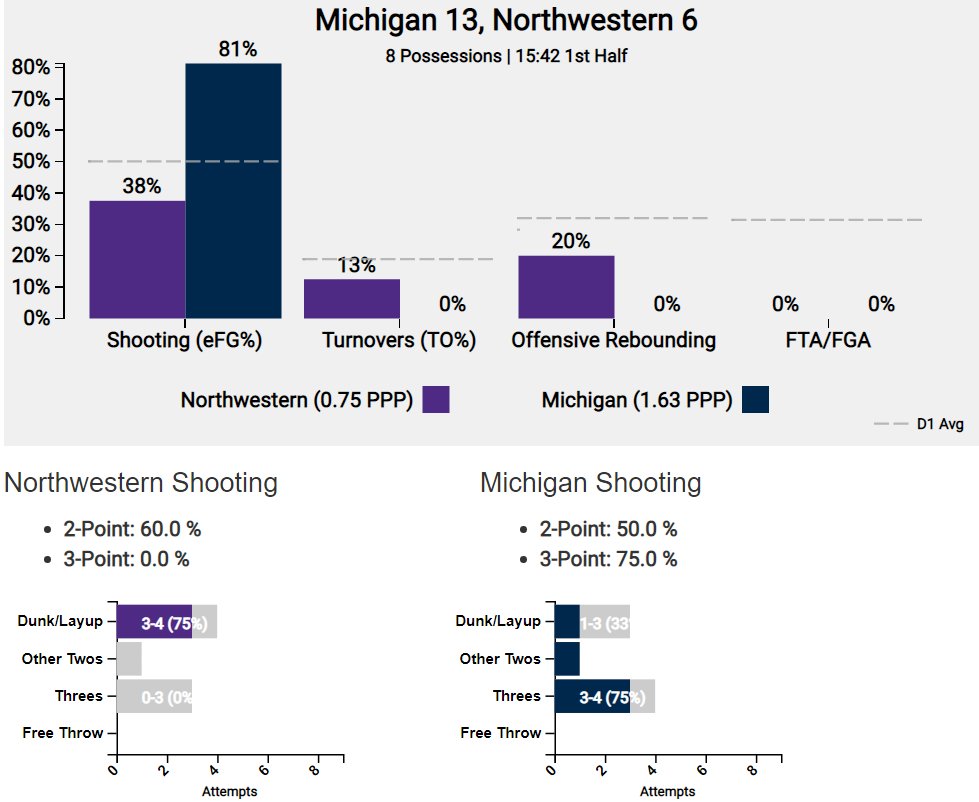