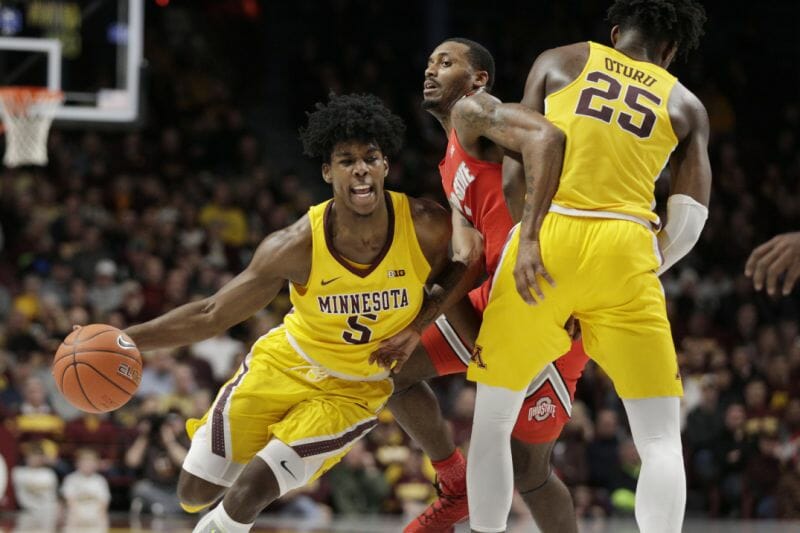 Michigan picked up an emotional victory on Thursday but doesn’t have long to regroup before another difficult game (1:00 p.m., BTN). The Wolverines are on the road in Minneapolis this weekend in search of their first win in an opponent’s gym this...

Thanks for the article Dylan. Quick turnaround for Michigan- and a really tough environment at The Barn with a Minnesota team who really needs a home win against a tournament-caliber team.

A side note- it never ceases to amaze me how Richard Pitino gets all of these high-level athletes/niche players who pan out for him. In my opinion, if he was the exact same coach and his name was Richard Smith, he’d have been fired three times over, but he’s kept it partly because of family name and partly because he’s scrapped enough. Credit to him I suppose.

This is a game you wish Beilein was still the coach. He always out coached young Pitino. Minnesota would keep it close for the first half, then after adjustments UM would take control. Let’s hope Howard can continue this.

Do you think old man Pitino will be at the game again?

The barn on a Sunday afternoon is not going to be a very tough environment.

A Sunday at noon CST, no less. Hopefully the student body will be sleeping off their collective hangover.

I have to like Minnesota in this one. I think Michigan will be a little spent after the 2 OT win, and there’s only two days between games. Unless we get hot from three, I don’t see a W.

I’m all in for a dose of SITUATIONAL Double-Teaming tomorrow, especially if Oturu gets rolling. Let’s break up his rhythm as needed. It’ll be good practice for Garza this coming week.

If Livers doesn’t return to the lineup, I’m resigned to losing both the upcoming road games. I will be happy with a split and delighted with a sweep.

From a personnel perspective, it does seem like the small lineup that ended the game could work here. But we will have to clean up the boards which could be an issue.

Hoping this is more of a “go-to” for Juwan as it seemed to take him a while to get there last game.

It makes some sense to save it for the end. Because of rotations it’d be hard to have that lineup out for more than 15 minutes a game. And foul trouble could make it impossible. Maybe we can go to it the last 4-5 minutes of the 1H and the last 8 or so minutes the 2H. I’d prefer to sneak in a couple more mins of it at another time but that might be Juwans plan.

You and I have very different opinions on Pitino. I’ll credit him for getting some nice athlete and niche players, but I personally wouldn’t say they “pan out,” or more specifically that he helps them elevate their game. Nice numbers, perhaps, but Jordan Murphy was an OREB/Garbage guy and Amir Coffey was inconsistent.

I think that Pitino is a below-average in-game coach. Beilein coached circles around him generally. Credit to him for scrapping, making a tournament or two, but I do think family name and a program with lower expectations than many have helped him say longer than he would have at, say, Indiana.

Opposing big men have averaged 29 & 10 in Big 10 games vs Michigan. Jon Teske needs help. A good idea is to occasionally send a double team off the weakest Gopher shooter on Oturu’s 1st dribble. Offer the element of surprise & free Teske to rebound & play with more confidence.

The way Tim words this, I get the sense we might see a double team sent today

Interesting to watch Johns Jr find a niche; DeJulius on the cusp of finding his niche, but Castleton not even close to looking comfortable. I think Castleton can play. He needs to focus on a couple things on the court and do them well. I would suggest going for steals and long drawn out post moves not be his specialties.

Watch for this set today for Daniel Oturu post-ups: