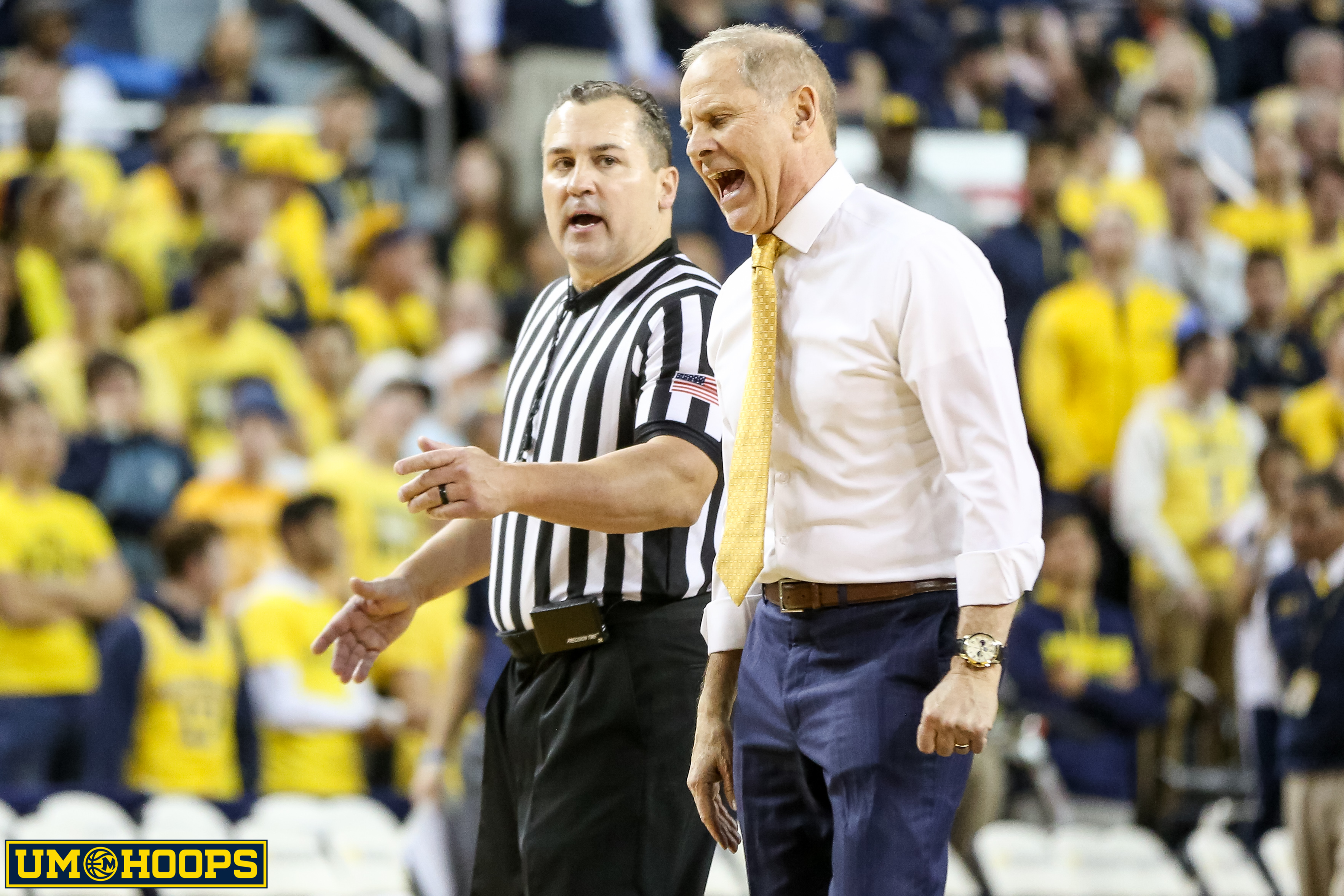 The emotions of any given moment in a college basketball game feel monumental at the time, but there are always another 65 or so possessions that count just the same. There were times on Thursday night that Michigan’s 79-69 win at Illinois felt...

We were not there tonight unfortunately, but here are post game videos:

Dylan: Another poster criticized me for calling Zavier Z instead of X. Since Zavier is my favorite player,which does HE prefer.

Dylan, for your 5 key plays, you could use one to show video of Z’s 8 assist. I thought 4 of them were incredible and probably couldn’t have been made by anyone else on the team.

Dylan: Another poster criticized me for calling Zavier Z instead of X. Since Zavier is my favorite player,which does HE prefer.

His given name starts with Z but he prefers “X”. Calling him “Z” or Zavier is equivalent to calling Spike Albrecht “Michael”.

X it will be then from now on.

I’m biased but I’m with Underwood saying Simpson is MVP of the league.

Eli Brooks is going to continue to turn the ball over, if he keeps dribbling the ball so high and so far away from his body. I think there is a chance DeJulius develops enough this year to take the backup PG minutes. Similar to what Simpson played as a freshman.

I’m never calling X “Z” because it’s a NCAA mandate and not what X prefers. Bleep the NCAA

Just heard Underwood’s comments about Simpson being league MVP right now. I was thinking after the game, is it time we start thinking about him as the team MVP? Where would this team be right now without him?

I thought his legal name was Xavier but he changed it to Zavier because he did not like Xavier.

I assumed he wanted us to stop referring him to X and preferred others refer to him as Z instead.

I also thought the whole reason behind the switch was described by him as “personal” with no further explanation…I took his non explanation and labeling it as personal as a cue from him that he did not want to be called X or Xavier again and that his reasons were not anybodies business and yet important to him. Haha. I feel like I have just walked into the twighlight zone on this one…

I think it’s been well documented that the B1G starting last year required teams to list all players by their given names on official rosters.

Poole was bad defensively as well last night. At least twice I saw him do “matador” defense reminiscent of fat, out of shape rec league players.

It’s great though that any of 6 guys is capable of having a big night and carrying the team when some others struggle. Let’s go get number 17 on Sunday night!

This game highlighted the major difference between Michigan and the rest of the BiG teams – They individually are all excellent players but so are the players on the other team(s). What sets us apart is the way we play together as a team. We pass the ball a little faster, without the little hesitations that creep in when you are trying to decide whether to shoot or pass, we defend as a team better than the other team, helping when we need to, staying at home when we don’t. We never seem to fall into the trap of an individual player trying to put the game on his back and take over. It is always “The Team, the Team, the Team”. Really fun to watch these guys play. And win!

Was that his real twitter? Haha. (I have no idea.)

I only know I went to bed thinking I must have had a stroke, because I was so lost , and I was having difficulty determining if people were being sarcastic.

I am also confused on the whole “zzzzzzz” is big sleep insult on umhoops forum. Was that an insult? I almost checked myself into an insane asylum last night when the announcers were pondering if referring to “big sleep” was a compliment or insult!!

I don’t want to spend much time on this, or subject the board to my confusion. I might have just turned the wrong corner in terms of mental health. Maybe not? But if someone knows what is going on please send me a private message. I can pass the info off to you, Adamsmit86, if you want…

I feel like I am caught in this perfect storm of weirdness. Maybe it is just me? Please help!

i would prefer Poole be the ball handler over Eli, but I am not sure DeJulius will pass Eli this season.
Eli should work on his handle the off-season but also not as calm as X when trapped.

Brooks isn’t a pg; that is very clear to me. Just like Poole isn’t a pg or Matt McQuaid isn’t a pg. Brooks future is at 2. DeJulius future is at pg. Though it’s unlikely DeJulius becomes backup pg this season it wouldn’t surprise me if he did.

I would think X attends NBA combine this spring. Why wouldn’t he? I’m not concerned he goes pro but he might as well check it out