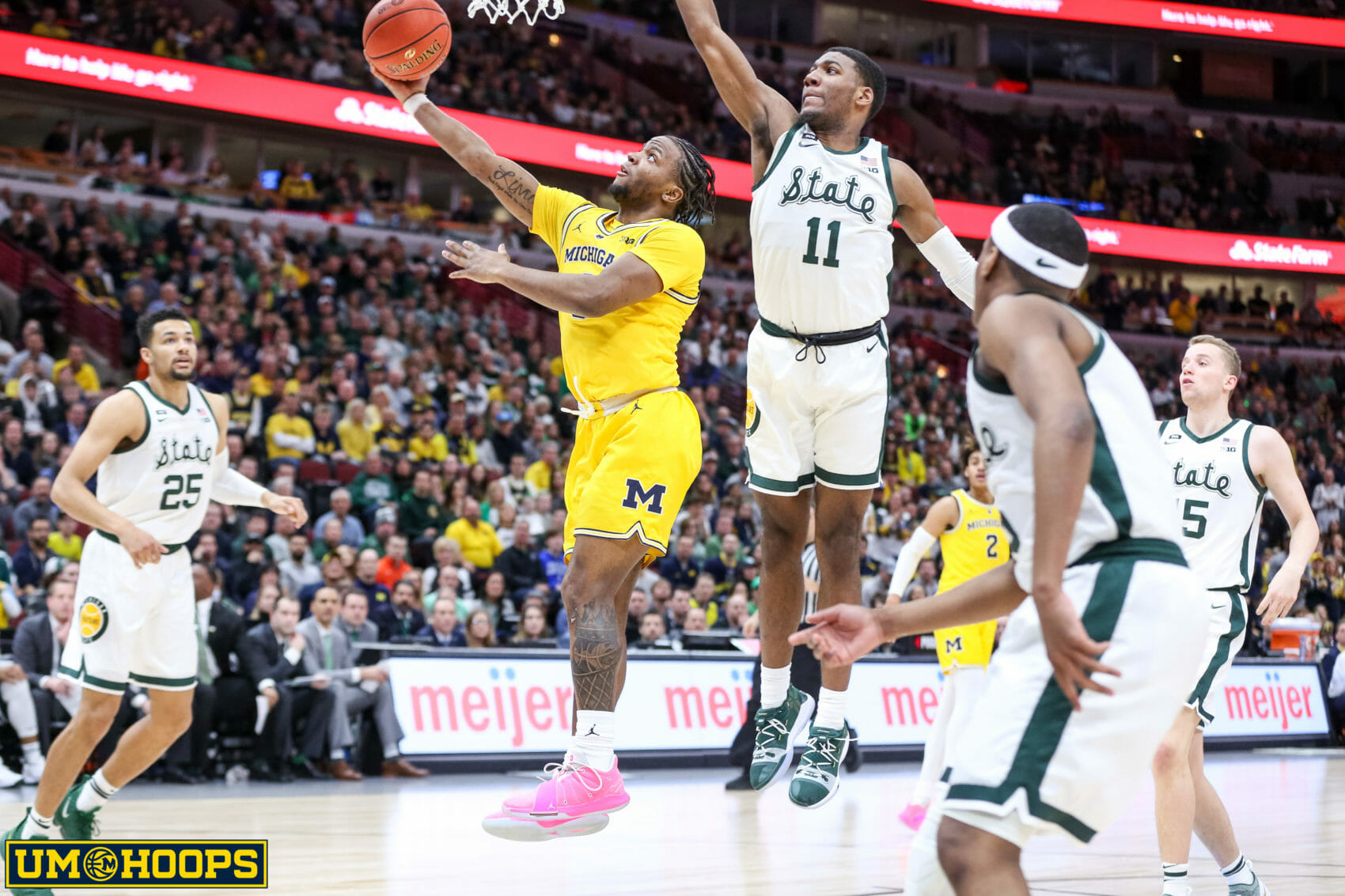 Zavier Simpson, Cassius Winston, Xavier Tillman and Jon Teske are back for another round, but the rest of the Michigan-Michigan State rivalry has been put through a blender over the last 10 months. The foundation of this game is the same, but the...

I think we know which way the early fouls are going to go.
How great would it be if a Franz could conjure Mo’s last performance at the Breslin. We’ve been waiting for him to fully break out and this would be the ideal time.

I want to be wrong, but this feels like a repeat of the Louisville game, especially without Livers. Would be great to see what outliers on the team rise tonthe occasion.

Maybe a similar result in final score differential, but no way this turns into a super ugly defensive slugfest.

My concerns are Castleton and Nuñez being manhandled, Eli Brooks becoming passive on offense, Teske getting an unfair whistle early, and Simpson playing off script.

On the bright side, I am hoping for a great motor from Johns, along with DeJulius and Wagner shooting lights out.

I like that when we step on the floor tomorrow, there won’t be a lick of respect from Sparty for Eli, Franz, or BJJ in the pregame dap-ups. Teske and X the only known commodities. Respect is earned boys go take it

Even though this is another big game on the road, I am interested in seeing how this team plays against MSU. They have not played since the 29th so wonder if that is also another advantage for Howard to see if he can get a signature win!

Let me preface this post by saying I think MSU wins this game.

Big challenge for Juwan Howard and crew. That being said, this is a game for Jon Teske to score 25 if M is going to win. As good a Tillman is, Teske is too big for him, if Teske establishes position down low. If Tillman switches onto X on ball screens, another good opportunity to get Teske the ball at the rim, or pick/pop.

X can’t have the silly, avoidable, transition creation’ turnovers that have plagued him this year.

I would be happy to let Winston shoot contested two’s every trip down the court. No assists. No 3’s, limit shots at the rim. Force Winston to score going to his right. Going left, and getting into the paint is his comfort zone.

It’s hard to ever feel good about a game @ the Breslin.

For as vulnerable as MSU looks at moments, I just don’t see Michigan having enough offense to hang/win this game without Livers.

If Teske/Simpson/Brooks can lead like they did in Atlantis then Michigan can win, but I think it’s more likely that MSU plays up for this contest and I with a home court advantage wins this game by 8-10 points:

Sure hope I’m wrong but if Howard doesn’t find a way to win, those ridiculous narratives about “not beating rivals” will begin to surface.

Just a reality of a reactionary, what have you done for me lately, fan base.

I’m not predicting a win, and I know Livers is likely out, but 10 feels too high to me.

Sure hope I’m wrong but if Howard doesn’t find a way to win, those ridiculous narratives about “not beating rivals” will begin to surface.

Just a reality of a reactionary, what have you done for me lately, fan base.

In his first season, in his first rivalry game? On the road? That makes no sense. I don’t even think the stupid fans are dumb enough to spin that yarn.

The Brooks thing you mentioned is especially important now that we know Livers is out. Need someone to take and make shots today and Brooks is our best shooter in the lineup.

Are you sure? Haha, I have my doubts.

I sadly think they are. Let’s hope Juwan and company fare better than Vegas thinks.

Win the turnover battle and keep state off the offensive glass and I like our chances in a true half court game.

Zebras are a wild card, you know Tiny Tom will be working them.