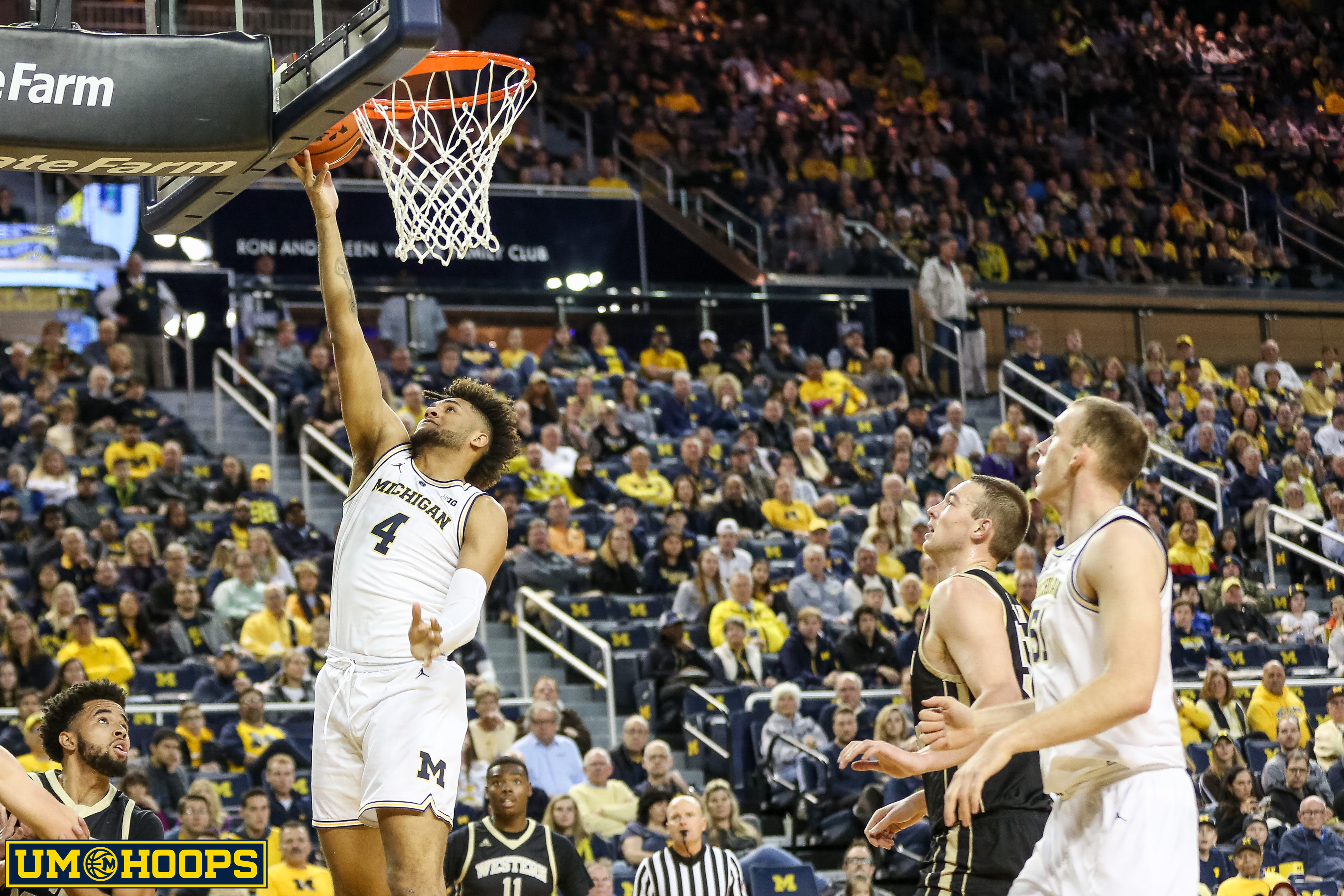 Michigan hosts Air Force on Saturday evening (4:00 p.m., BTN) as the end of non-conference play inches closer to completion. The Falcons are picked to finish near the bottom of the Mountain West this season and enter Saturday’s game with a 4-6...

Or, we could go big and force them to try to cover us.

Or, we could go big and force them to try to cover us.

Does Austin Davis really force the issue there? Teske will play and play a lot, but the backup minutes are more interesting.

What would interest me most is Livers getting to the basket off the bounce and finishing. Heard Coach Beilein talking about not wanting a great athlete become just a shooter, in regards to Livers, saying it’s not a natural thing for him, but believe he will get there eventually. Seems to me early in the year Livers was more aggressive; lately he’s been settling.

Won’t know for sure unless he plays.

I suspect we see several guys get minutes.

This was a good read. I don’t remember these guys at Michigan, as I was barely in college and assistants didn’t seem all that important to me. But it also shows that JB really is the kind of guy we think he is. https://www.michigandaily.com/section/mens-basketball/once-michigan-assistants-three-air-force-coaches-reunite-program-shaped-them

Agreed, much as Western provided an opportunity for Davis to show his stuff. I wouldn’t be surprised to see a similar result - Johns putting in his best 4-6 minutes of the season. I doubt he can make them good enough to win the backup job outright.

High Point has a new coach, Tubby Smith. He’ll be back in a Big Ten arena tomorrow in Columbus.