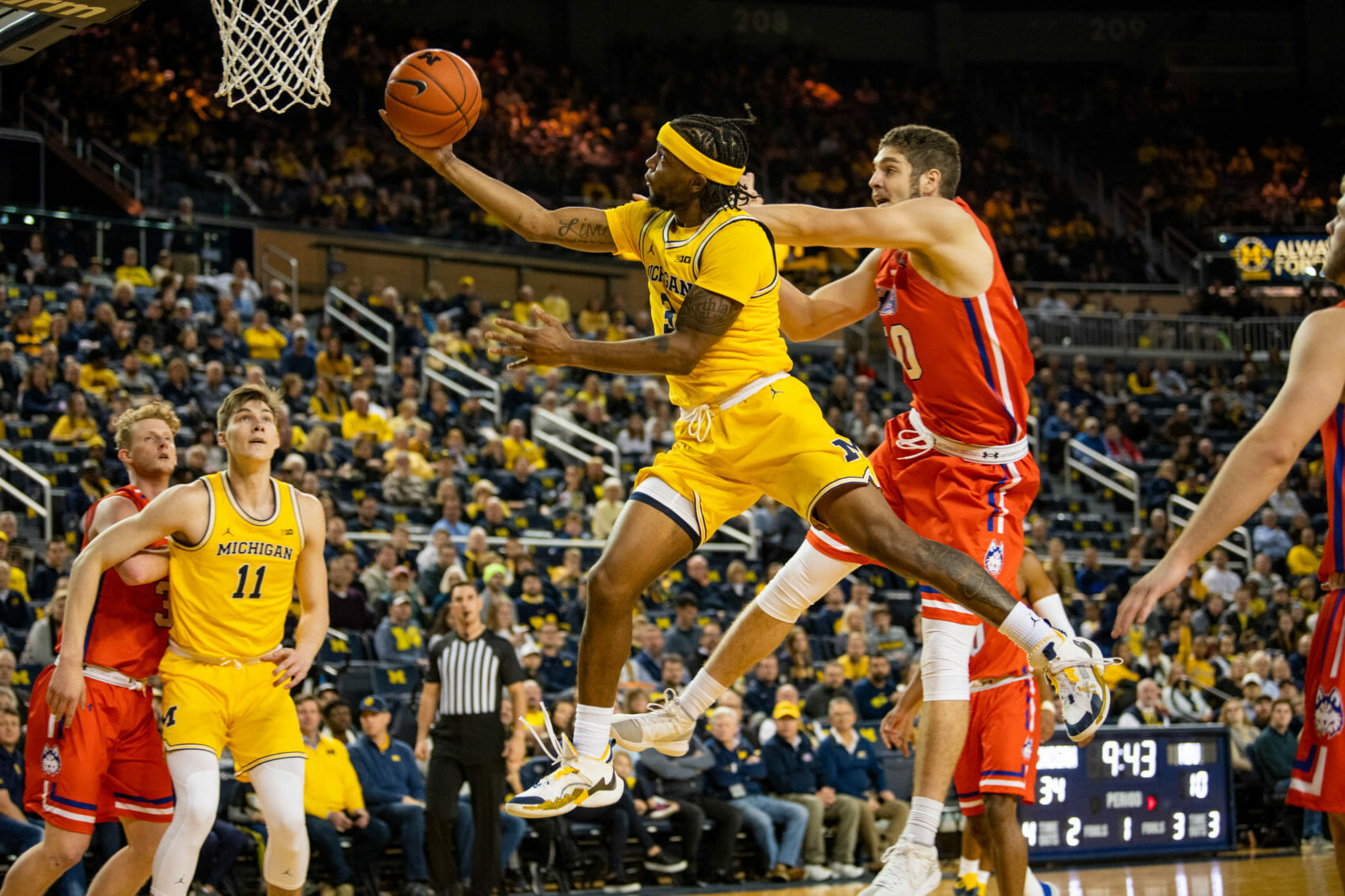 Michigan stumbled at Louisville on Tuesday night, playing its third-worst offensive game of the KenPom era. The story of the game was Louisville’s suffocating pack-line defense negating a Michigan offense that was on fire in the Bahamas. Here are...

Man those early looks Teske missed really could have changed the game from a confidence standpoint (the ol’ “seeing the ball go in is contagious” theory). But I do like that he got those shot opportunities, and I’m sure they liked that when they watched the tape. It was a game plan that can beat that team, just not our night. Iso is the only concern to me from those 5 takeaways.

Teske just seems like he’s in a rush when he gets the ball in good position. He needs to take a second to orient himself because he’s got a huge advantage in most of those clips. No doubt Juwan is telling him the same thing, and I expect to see improvement in that area.

was always my complaint about his three point shot, too rushed

Great analysis but–yeah–number five. Shades of some of last year’s struggles, no? Does calling a timeout and saying go up with the ball make a difference?

Also a question: how do you measure that split-second difference between rising with the ball as you receive it and waiting that half-second, then backing down? I wonder how they show that to players in the film room. Anybody know?

Apropos of this–was with some FSU soccer coaches in their auditorium watching game film, which the players actually sit down and watch immediately after games. They had some astoundingly efficient ways to isolate every players’ touches (players wear sensors during the games) and did talk about hesitating to shoot, but I didn’t see any time measurements. For obvious reasons, that could be tough to meter.

Great analysis but–yeah–number five. Shades of some of last year’s struggles, no? Does calling a timeout and saying go up with the ball make a difference?

What part is similar to last year? Missing shots? Most of it comes down to Louisville played great defense in my opinion.

I don’t think it is something you measure at all as far as timing. It is just watching the film and saying, you should have shot this instead you drove or passed it up.

Not taking shots. Freezing when the moment comes. That point that comes in games when people are failing to use that split second to obtain a shot. There were several stretches last year when the team froze up like that. You can see it in their faces when it happens, but it IS a subtle thing.

Wisconsin game is probably similar in the sense of a pack line team that played in the gaps and closed out really well. Most of Michigan’s late losses (MSU x3) were more due to a great switching defense. Texas Tech was all ICE. Iowa and PSU were due to careless turnovers and awful defense.

Just don’t really see anything as a similar situation on the court besides the fact that when it is hard to make a shot you lose some confidence.

Excellent article again Dylan, thank you. We had hesitancy to pull the trigger on too many 3’s. While watching the game I noticed over and over again people catching the ball outside the three-point line and hesitating then the closeout shut em down so they tried other action or passed. The trend got worse as the game went on. If they had tried those shots and had them blocked several times it would have been more understandable. They just refused to let it rip and the team tightness increased. Substitute Stauskas, Burke, or DRob in that situation and I believe they get the shots off. I could live with 0-fer on hurried 3’s easier than repeatedly failing on late shot clock iso‘s.