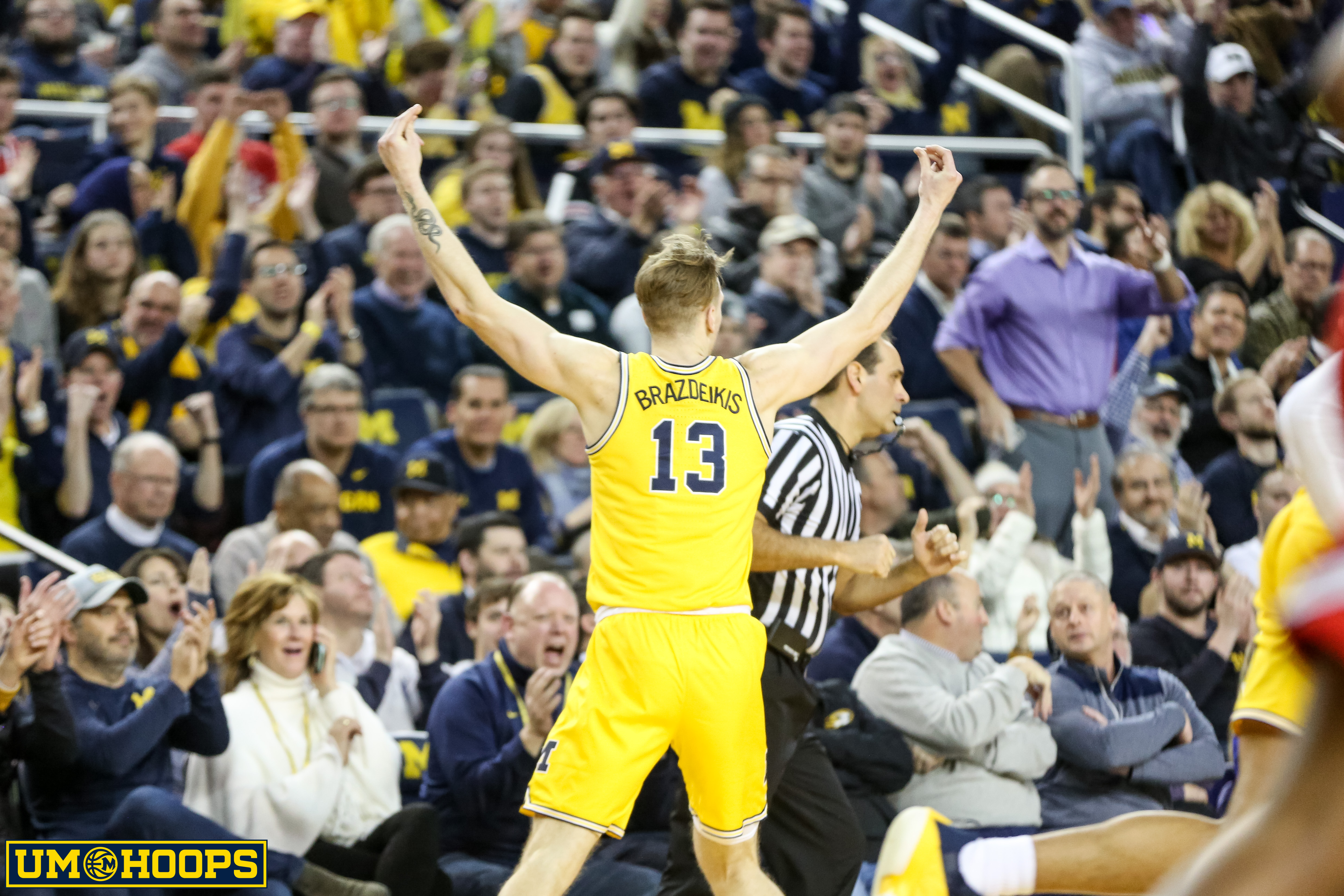 Michigan used a hot start to pick up a comfortable win at the Rutgers Athletic Center on Tuesday night. Here are five takeaways from the win. 1. Brazdeikis wins matchup vs. prep teammate Ignas Brazdeikis and Eugene Omoruyi play a physical brand of...

Couple things about the pass from Simpson to Brazdeikis; he finds the right pace in transition, throws a perfect, difficult, left handed pass. That ain’t easy. He made it look easy though.

Was that a jumper X took in the paint? I couldn’t decide if it was a floater or a jumper. Looked more like a jumper to me.

Livers needs to dunk the ball with two hands in traffic. At least try.

He’s only a two handed dunker on alley-oops.

Two more things: After making that difficult pass, he is able to veer to the right and split the two defenders and avoid the charge. Iggy does a great job of bending down with his hands out anticipating a bounce pass. He is ready to catch and shoot. That is something I wish Brooks would develope. He too often catches a pass while wide open and then he hesitates before deciding to shoot, pass or dribble.