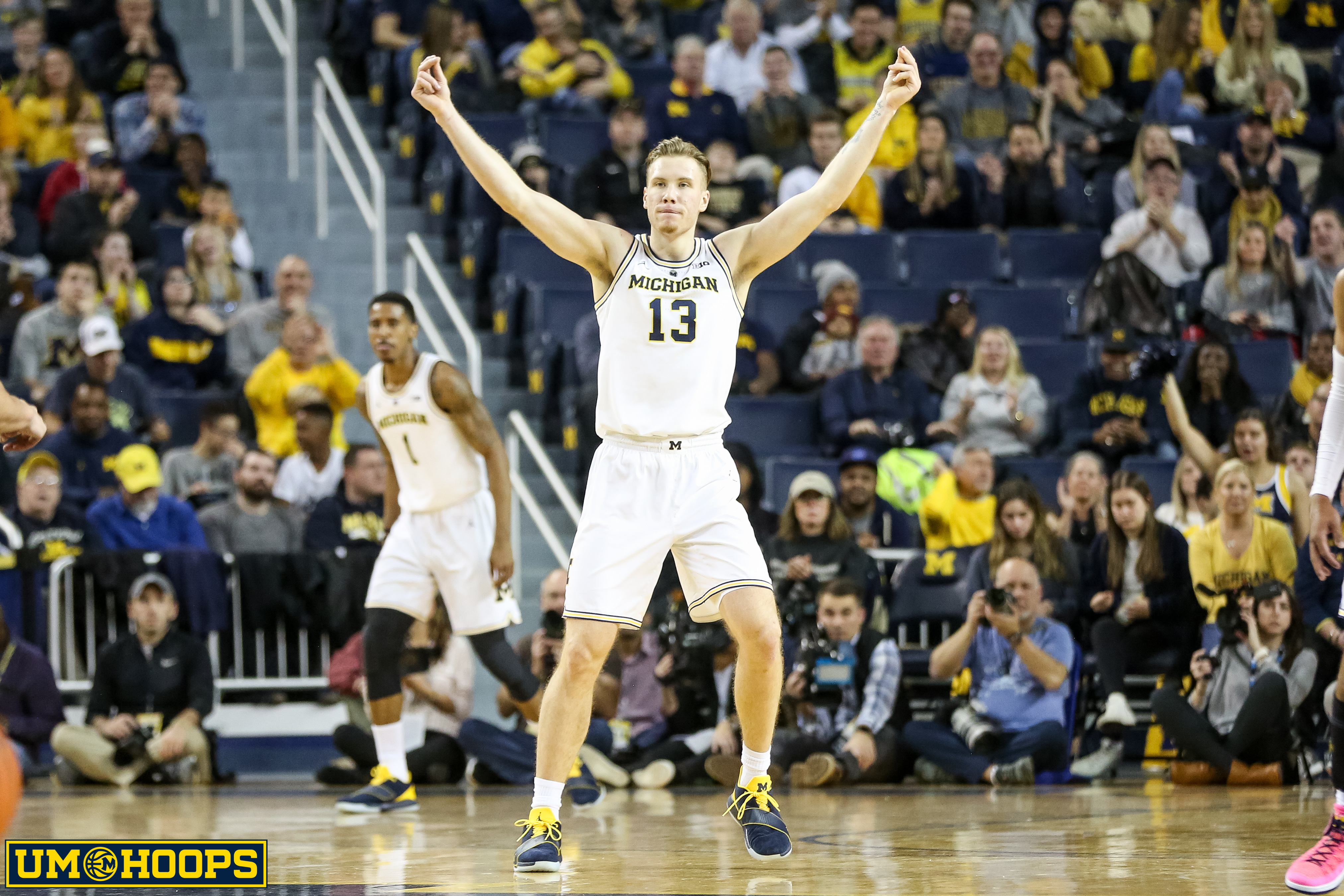 Michigan led by as much as 15 but trailed late against Northwestern on Tuesday night. The Wolverines still managed to walk out of Welsh Ryan Arena with a win. Here are five takeaways from the first road trip of Big Ten play. 1. No moment is too much...

It was good to see Michigan forced to deal with foul troubles. The first foul on CM and third foul on Teske were both garbage calls but that is going to happen now and again.

This was a classic Big Ten road loss game. The whistle was tight for several of Michigan’s players (I didn’t think most of the fouls on Matthews or Davis were legit and I still don’t understand how hook-and-hold is a flagrant). The crowd was rowdy. The other team hit some crazy shots that normally would miss. Michigan had multiple 3s and layups rim out. Credit to this team for pulling it out.

Another potential solution to the big-man depth issue is more guard depth. Livers couldn’t play the 5 because he was backing up the 3. If Brooks or DDJ earn time they could play small and move Poole to the 3 to free up Livers. It also gives you more insurance against the Tum-Tum treatment for Z.

Simpson needs to hit open threes so that other teams dare not to gamble. But it is also nice to see that Poole delivered when given the ball to win the game (although he has done that before but this time was different)

Even more impressive about Iggy, he isn’t the lone bright spot on a weak or average team that has to assume high usage. He is doing it on a top 10 team that is 9-0.

Sometimes I wonder how much of a difference Iggy would have made last year, had we been able to successfully convince him to reclassify. At first I thought not much, but that kid is just so dang good

Would have made no difference at all, unless we’d have beaten Villinova. In which case he’d have made all the difference in the world.

They tried that small lineup a little recently, but NW might just be the wrong opponent for it.

I think everyone’s missed the key here. All but one of those Simpson 3’s was contested. What they really took advantage of is that it takes forever for Z to decide to shoot it and when he does, his motion is very deliberate. This meant that Law, with his length and athleticism, could play in the middle of the court AND also put something of a hand in Z’s line of fire once he saw that Z was going to shoot it. I mean, he even blocked one of them… because of what I’m pointing out.

Would have made no difference at all, unless we’d have beaten Villinova. In which case he’d have made all the difference in the world.

Team - particularly Moe - might not have been as exhausted by the final. MAAR was down to a nub. Moe was particularly tired because the team needed everything from him to get past L-C. And Iggy would have been a real additional problem for L-C.

The classic Big Ten road loss game is what I think makes this win a bit more impressive, especially considering the difficult stretch of games the past week. If I’m not mistaken, we haven’t won at NW since 2012-13 before Tuesday night.

Wins like this are what creates separation in the Big Ten. I didn’t catch the Nebraska vs. Minnesota game last night, but it appeared that Nebraska was hovering around the double-digit lead mark for majority of the second half. While Michigan weathered the 2nd half storm, Nebraska couldn’t. It is a testament to how far along this team already is compared to recent seasons.

I don’t think you can consider those “contested”. I see what you’re saying - that the combination of his slow/funky shot release and Law’s length and athleticism allowed him to sag and still get a hand up late. But I don’t think those really qualify as “contested” at this level of basketball. One of them clearly was because he either blocked the shot or hit Simpson’s hand to cause the bad miss. One was wide open. The other three he had time to set up and release with a late charging Law not affecting the trajectory, release, or timing at all.

He’s got to hit 1-2 of those or we have a Tum-Tum situation on our hands.

I understand the reference to Tum Tum, but Nairn was nowhere near as good defensively as is Simpson, nor was he close to as good finishing at or around the basket. Nairn was very good in transition (as is Z), he could run Izzo’s half court sets and was an excellent passer, and he was good, though not great defensively. Z, even with his shooting woes (and they’re undeniable) is a much better player than Nairn.

When people reference Tum Tum in relation to Simpson it’s regarding the offensive situation, not defense.

I understand that. However, even comparing the two offensively, Simpson is much better because of his ability to finish at or near the basket. Neither can shoot from the outside–that is clear.

Some great quotes in here about Michigan’s defense from opposing coaches ($): 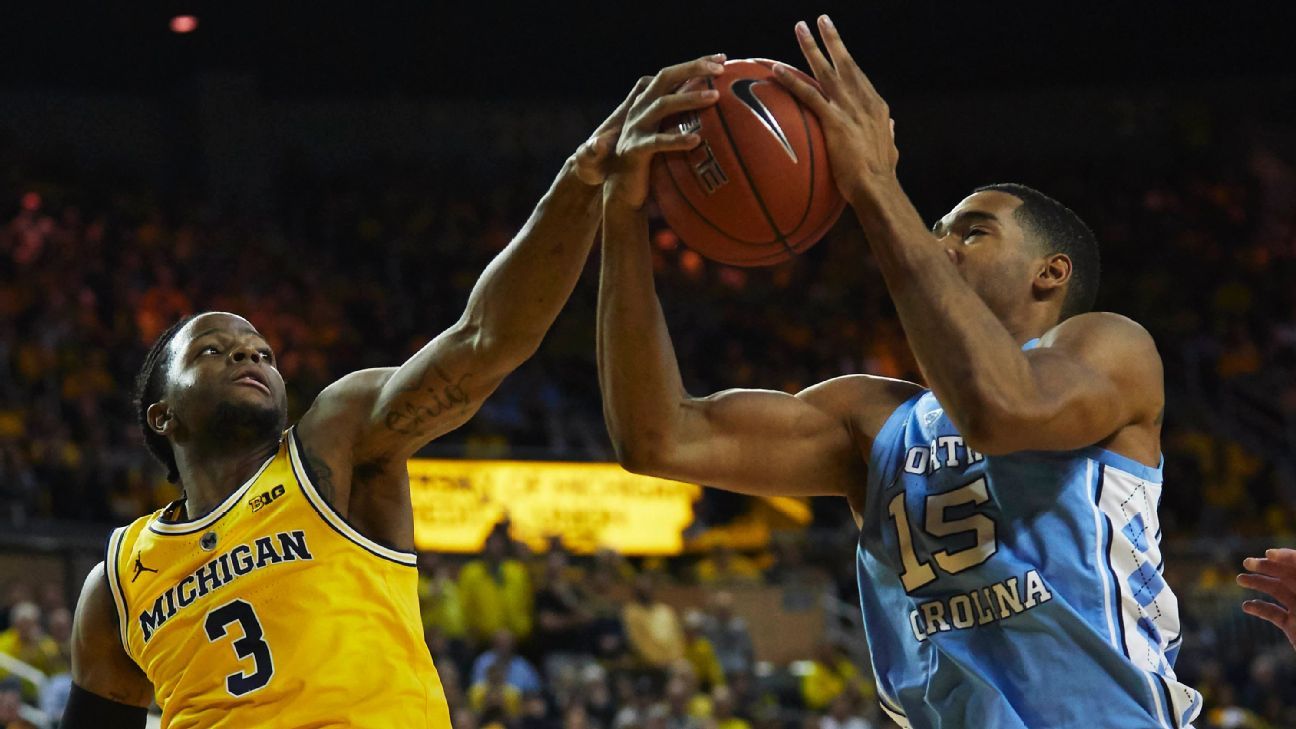 How does Michigan just keep winning? What's next for Fred Hoiberg? Let's go inside college basketball for some answers.

I have a question about lineups when Simpson is out. It appears that Poole is bringing up the ball - even sometimes when Simpson is in. Have they tried a lineup of: Poole, Matthews, Brazdeikas, Livers, Teske?

Is there somewhere we could search success (+/-) of specific lineups?

There’s no mention of that lineup in the kenpom data. The top 10 lineups covering 92% of minutes all include Z and/or Eli

Appears to be paywalled.

There’s a huge difference between what is contested for a good shooter and what is contested for a below average shooter. As someone who, in real games, was more in the later category in high school, trust me, I know. Either way, it’s something we need to come up with a solution for. Roby would be an absolute nightmare in this role, as just one example.