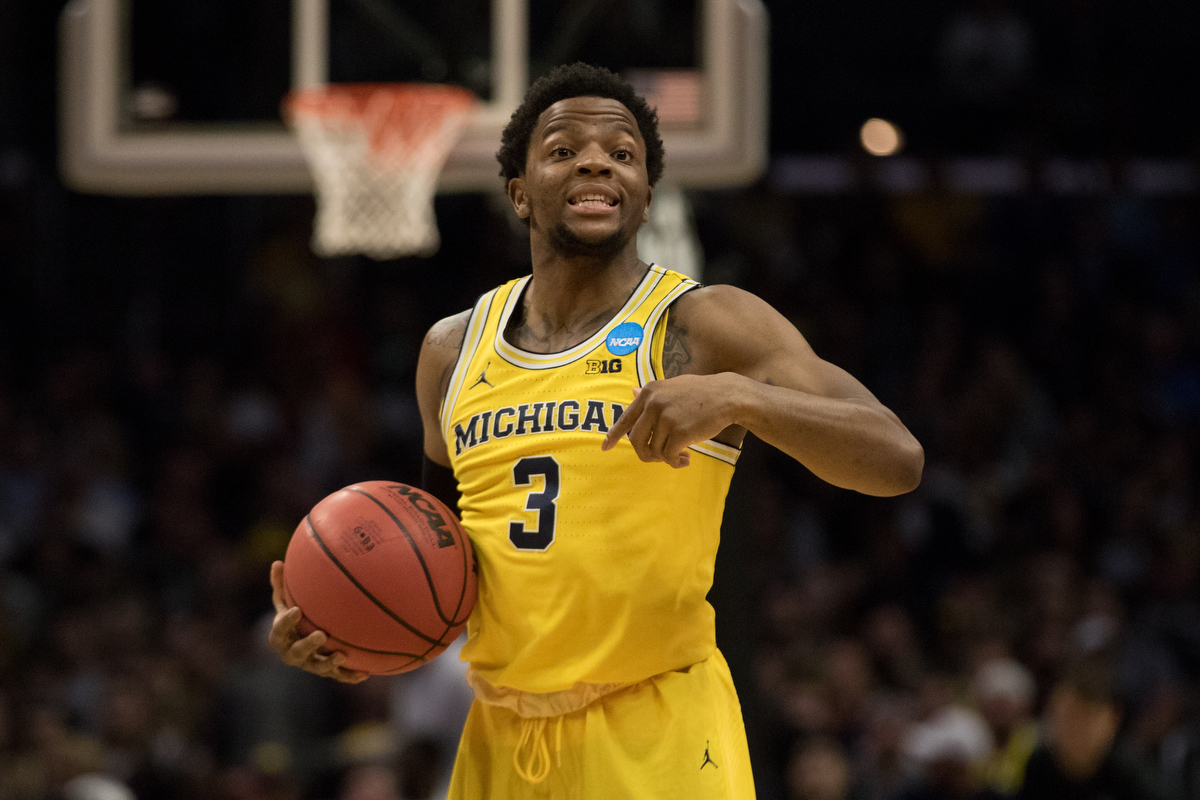 Michigan held its annual media day on Monday afternoon and opened the first hour of its practice to reporters. With the season’s first game just two weeks away, the Wolverines are starting to look like a more cohesive unit but also a group that still...

Hearing coach Haynes talk about X giving his shit when he gets involved is amusing. I’ve always liked the ultra-competitive players like X, Isaiah Thomas, etc. This team won’t back down from anyone and I find comfort in that.

7th lock will be Davis or Johns.

8th would be Eli or DeJulius. But maybe if Iggy is as good as advertised and can play the 2, this spot disappears come conference play.

He seemed to have really good things to say about Eli. I would guess he is part of the 8.

As discussed, Teske’s shot looked pretty impressive at times. Davis moved quite well. If he can be active and use his good hands to be a quality PnR finisher, that’d be solid for a back up. The center position could be quite decent, especially if a small ball option with Johns develops over the year.

My two-minute pop-psych takeaway for Brooks, based on body language in practice and last year, and Haynes’s comments, is that he needs to stay confident. He could be a real solid back-up guard, perhaps at both spots.

The shooting and offense overall did not overwhelm, though hopefully the tough defense played a part. Nunez’s shot looked great at times, he could be something down the road, if not quite this year. Certainly seems like there could be some ups and downs on offense.

How did Haynes miss the opportunity to end the quote at the end of the first section with “X gon give it to ya!”?

DD didn’t score for a month…X is going to make him into an excellent PG in the B1G!

Probably reading way too much into it, but I did notice that during the interview clip with Teske, that he mentioned what he and Colin could bring to the table. No mention of Austin. More than likely just an oversight because those 2 have been in the same conversation for so long, and Castleton is the new kid on the block with a unique skillset.

Still, it gets me more and more intrigued about what Castleton is going to bring to this team long term!

I like the way Brooks plays. Pass first mentality. Good role player for this team. I thinks he plays a key, secondary role

It sounds to me like Teske does talk about Austin – the ways he says it sounds a bit like “Me and Colin” but I’m pretty sure it’s “Me, Austin, and Colin.”

Regarding Beilein putting it out there about defining a 7-8 man rotation, it’s a pretty smart move. Might light a bigger fire under those who might be vying for the 7th spot than it would if he said 9-man rotation.

Regarding Beilein putting it out there about defining a 7-8 man rotation, it’s a pretty smart move. Might light a bigger fire under those who might be vying for the 7th spot than it would if he said 9-man rotation.

He basically says the same thing every year and then generally plays very close to that size rotation. I think I remember we had long arguments last fall about what it means to be in a rotation and whether last year’s team was going to be one of his deepest ever.

When push came to shove, Michigan was playing basically eight guys at the end of the year.

I would say 9. Mo, Livers, Matthews, Z, Rahk; then Duncan, Poole, Teske and Simmons. Which one are you leaving out?

I would have to go back and look, but there were very few games where more than 7 guys played double digit minutes in any given game.

Simmons probably played in every game down the stretch (but still had 8 or 9 DNP-CDs) but for the most part that was 2 or 3 minutes in the first half. Technically in the rotation? Sure, I’ll give you nine if you want to count that but that is on the fringe of being in the rotation.

Michigan was ranked 249th in bench minutes despite the fact that a guy who played starters minutes (Duncan) came off the bench.

OK, I just went back and looked at last year’s stats.

I agree with an 8 man rotation, 9 man in the post season.

If we went back and looked at second half box scores, I would guess there were many games where X, Matthews, MAAR, Moe, Duncan played easily over 17-18 minutes.

Every position will have a reserve, but Beilein quite clearly likes to lean on his top group.

Beilein has a history and a pattern of what he likes to do, but I believe he will adapt to his roster and do what is best for the team and produce success, even if that means a nine man rotation.

Yep, what a surprise. Every year there are people saying we’ll go 9-10 deep, and that this will be Beilein’s deepest squad ever. Hasn’t happened. But it won’t stop the people who think it will from ripping on anyone who disagrees.

Simmons only played 11 out of 18 games in the Big Ten. That doesn’t quite make it for being in the regular rotation.