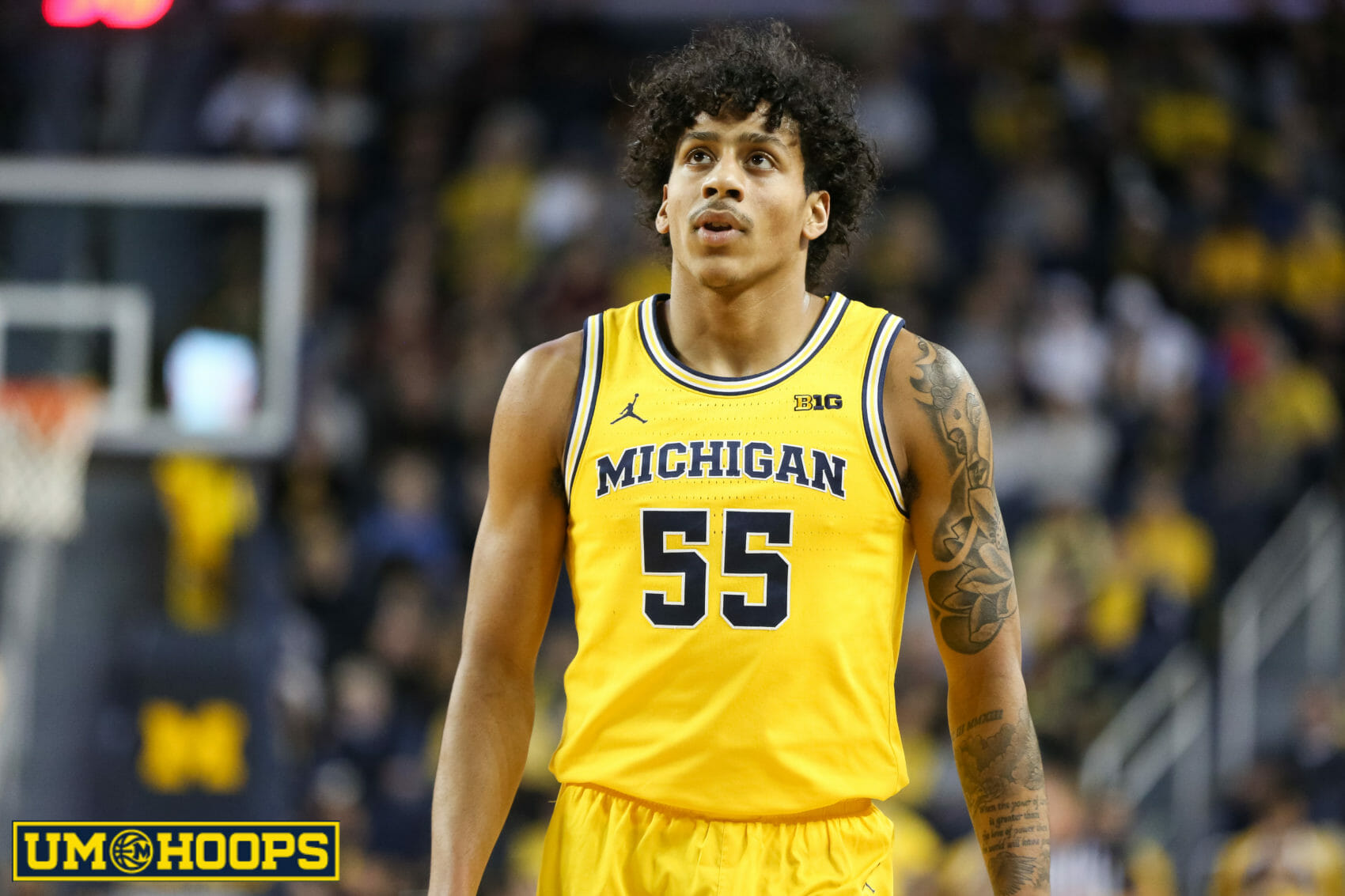 Before Wednesday night’s 79-54 victory at Northwestern, Michigan hadn’t won a game by more than 11 points since December. The Wolverines are picking up momentum and working back toward the team that they once were with Isaiah Livers. Despite the...

Agree with all of these, great article.

Livers really crammed that down and I love the energy his dunks bring. I guess you don’t want to mess with the mind-set of a player, but I now will cringe everytime he goes up for those big dunks. He still lands awkwardly and inconsistently and that’s how he’s hurt the lower body twice now, just seems unnecessarily risky… to keep Dylan’s analogy alive, he’s too important to the main sentence to lose him again for just an exclamation point.

The step through righty bunny-hook was a great example of finishing under control and I would like to see that more.

Davis had a lot to do with opening it up for the perimeter shooters, even when doubled he powered it in several times for the score.

I will never get tired of seeing those hammer dunks by Livers.