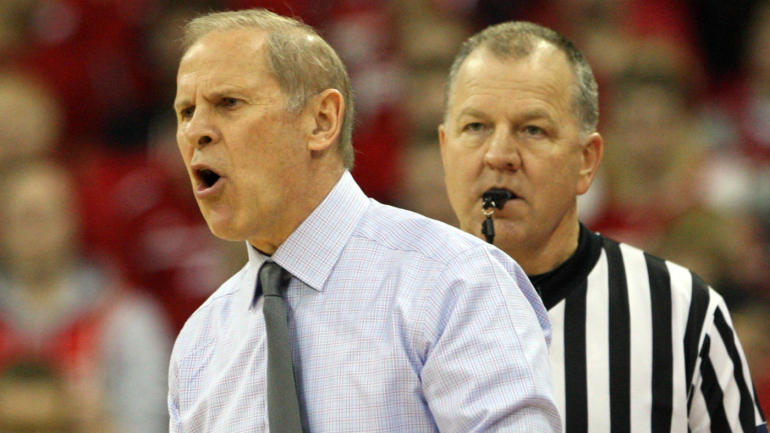 Then 10 officials have been picked; who is reffing each game? See here

Here are the 10, with number of Final Four appearances – this year included – in parentheses.

The alternate thing is interesting. A while ago when I was still going to the Final Four regularly, I saw Pat Driscoll barely able to stand on his own at a bar and he was the alternate for the championship game (and probably the other games as well).

Anyone have any insight into what this tells us to expect?

I’m scared to death of the refs calling the game too tight early on and putting Z or Moe in foul trouble.

Well, we have a 40% chance of Wymer being the alternate or reffing the other semifinal. and at least he can’t ref both games if we make it that far. I agree that a huge factor in the game is keeping Z, Matthews, and Mo from getting early fouls, as happens sometimes. They really have to control their emotions and play smart the first couple minutes.

Does Wymer call games tight? I have a hard time remembering refs who don’t stand out in physical appearance like the tall bald guy…

Wymer and Beilein have a long history. At least we avoided Boroski, Steratore, and Lamont Simpson.

John Beilein on his technical foul: 'It’s difficult for the coaches right now'

“You do not see me argue with officials a lot, so when I do have something to say — I would have preferred a warning. That didn’t happen." -- John Beilein

Wymer didn’t ref the Kansas-Nova game, unfortunately, so 75% chance he refs the final.